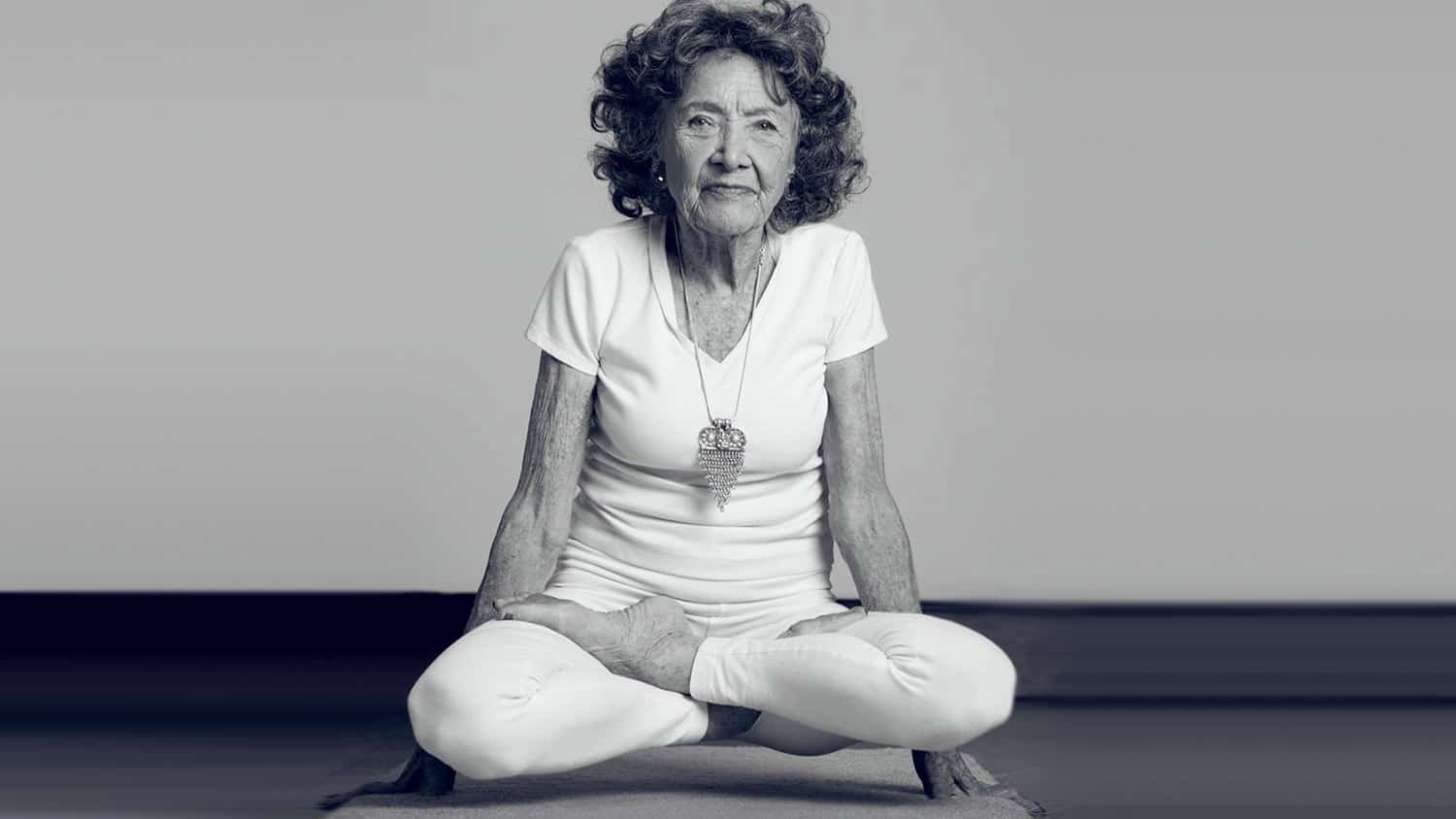 I’ve never been much of a fan girl. I had a mild crush on David Soul back in the day. Remember him from Starsky and Hutch? My father paid for me and my mum to go and hear him sing at the Birmingham Hippodrome. What a dish he was! But I never had pictures of pop stars up in my room like all my friends did. I was a more serious teen! 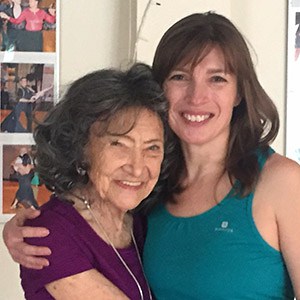 But, I had the ultimate fan girl experience recently when I finally met my all-time heroine, Täo Porchon-Lynch, the world’s oldest yoga teacher at 98. When I actually saw her in real life, getting out of her Smart car in three-inch heels and walking round into the Fred Astaire Dance Studio where she taught her Monday class, I almost started to hyperventilate!

My friend had driven me up from Manhattan to Hartsdale for a 9 a.m. yoga lesson with this amazing woman. I’m a big fan of yoga and believe it can really help transform midlife and beyond. I was so overwhelmed to finally see Tao that tears pricked my eyes.

“Why are you crying?” asked my lovely chauffeur. “I don’t know,” I sniffed back. I did some deep breathing to get my heart under control. Then we went into the studio to bask in the aura of this quite incredible woman.

Täo Porchon-Lynch has had a remarkable life. I’m amazed a film hasn’t been made about her. She was born in 1918 to a French father and an Indian mother. Her mother died in childbirth and Täo was brought up by her aunt and uncle, mainly in India, but also travelling around Asia as her uncle designed railroads.

On hearing that I had journeyed from London to meet her, she told me of being there during the Blitz and meeting Noel Coward. She’d performed in cabaret nightly there during the War, having escaped from France where she’d been helping Jews flee the Germans.

Tao is clearly doing something right to still be able to teach yoga at nearly 99. So, what life lessons can she teach us? For starters, that beauty is completely and utterly ageless!

There is Nothing You Cannot Do

This is Täo’s mantra and a powerful one it is. She has been practising yoga since she was a child and saw boys doing extravagant poses on the beach in India. She wanted to do them, too, even though she was told it was inappropriate for girls. Nothing was going to stop her then and nothing has since.

She has practised with many of the yoga greats including B. K. S. Iyengar and Pattabhi Jois. When, after her first hip replacement, her surgeon told her she would no longer be able to do full lotus (both feet sitting on alternative thighs), she was determined to prove him wrong.

Now 98 and after three hip replacements, she can still do full lotus and then lift herself up on her hands while in that position! In my 50s I can only dream of such feats.

Watch this video to hear how Kathryn Grayson and Debbie Reynolds encouraged Tao to set up a yoga class and how she told B.K.S. Iyengar he was a snob for not teaching women!

I have no doubt that Täo’s exceptionally positive outlook on life has contributed to how fascinating her life has been, her longevity and the phenomenal physical flexibility and health she continues to enjoy.

She embodies mindful living, milking each moment for its exquisite life force and seeing the beauty in everything. She embraces life and everything it throws at her. She has done that all her life and continues to do it now as she approaches her centenary.

The day I met her she was teaching two yoga classes, one at 9 a.m. and the other at 6 p.m. She had a dance lesson immediately after the first yoga class. And, then in the afternoon, she was taking part in a wine tasting. Ah yes, she is also a wine connoisseur. She founded the American Wine Society with her late husband in 1967!

Täo lives and breathes this mantra too. Her life has been a veritable odyssey through 20th century history. One wonders how you could pack so much into one lifetime. She marched with both Mahatma Gandhi and Martin Luther King. She was friends with Marilyn Monroe and Marlene Dietrich.

She worked as a dancer, model, actress and now as a yoga teacher. At 87, she took up ballroom dancing and has won over 700 First Place awards since then! She even danced on America’s Got Talent at 96.

I was lucky enough to watch her having a dancing lesson immediately after our yoga class. Watch the video to see Täo strut her stuff!

Whatever You Have in Your Heart – Smile

I spent three hours in Täo’s company and I don’t think she stopped smiling once. There is true joy and compassion in this quite exceptional woman. She lives to bring that joy to other people through yoga. In class, it was impossible to reconcile that a 98-year-old woman stood in front of us, seeing the way she was able to bend her body into advanced yoga poses.

Täo exudes kindness, energy and poise, and energises all those around her.

She also has an immense sense of fun. I’ve already told you about her heels. She wears them all the time, except on the yoga mat, even at 98! She talked of how they stretch out her foot perfectly. She also told me she even took them with her to walk up to Machu Picchu. How bonkers is that!

Do you practice yoga? What do you think about yoga for seniors? What do you think of Täo Porchon-Lynch and her amazing life accomplishments? Is there something that you want to be sure you are doing in your 90s? Please leave your comments in the section below. 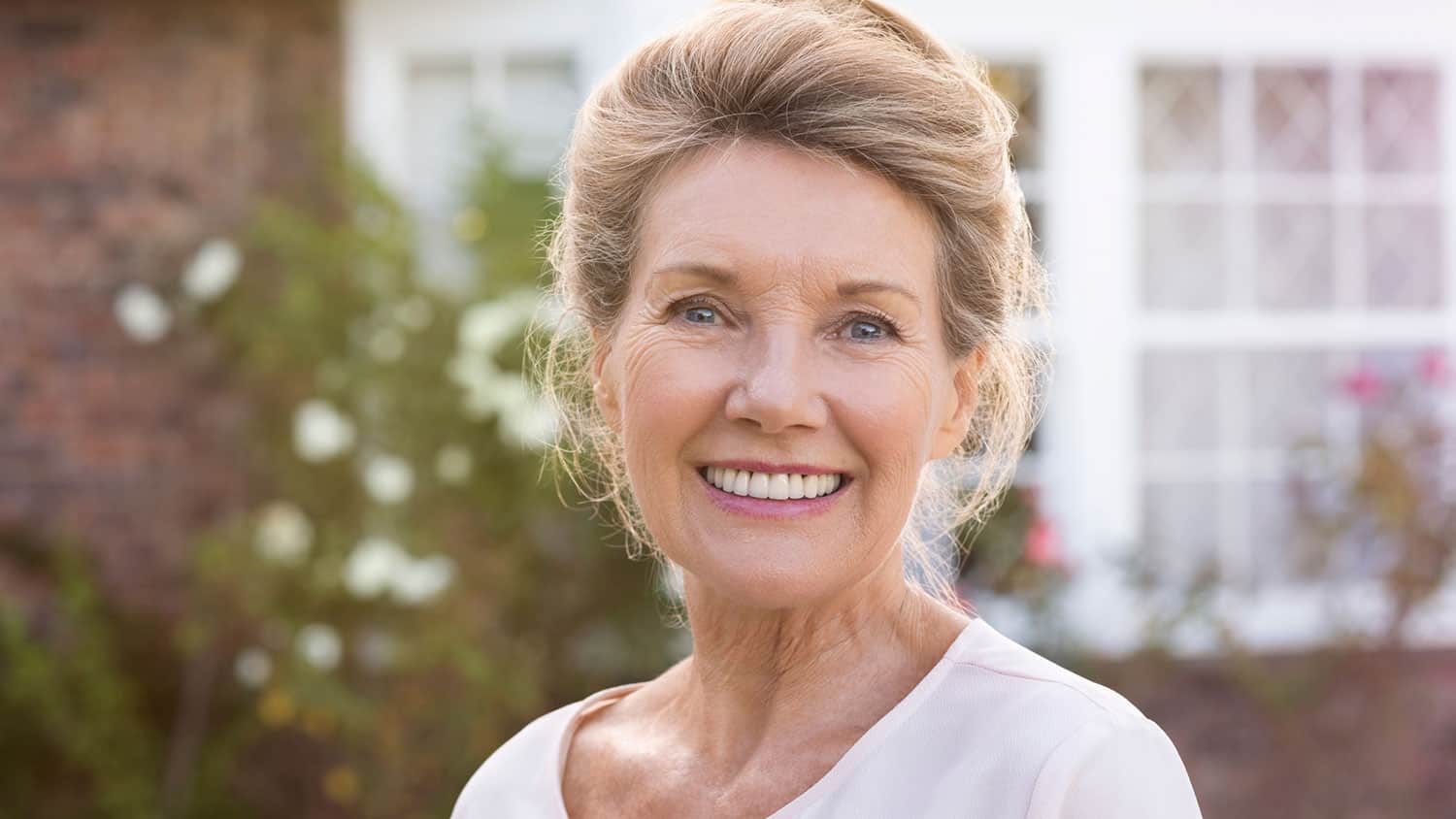 Let Grace Be Your Guide in Life After 60

The Joy of Writing – Is It for You?