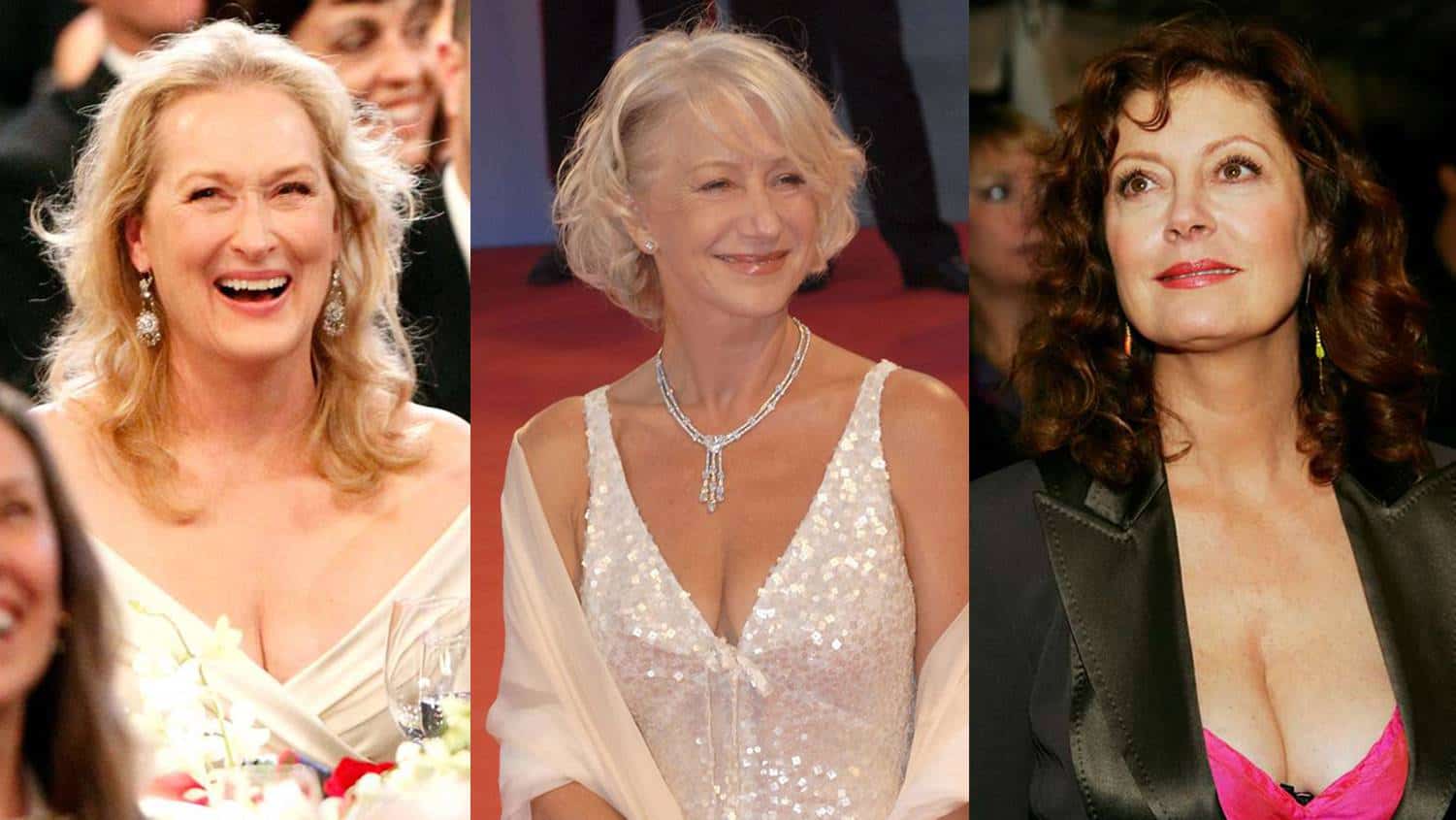 Well into her late 70s, Elaine Stritch, the boozy-throated Broadway legend, performed her award-winning one-woman cabaret show, wearing a simple outfit: black high heels, black sheer stockings and a thigh-length white silk blouse, unbuttoned to reveal her cleavage. It went with the whole package of who she was.

As for the rest of us – unless we’re sipping a mojito under a palm tree in the Bahamas – few of us would feel comfortable showing that much skin. Even though Stritch had one of the greatest pairs of legs in theater, she covered them in dark stockings.

Is there Such a Thing as Showing Too Much Skin as an Older Woman?

For better or for worse, it seems that exposing a fair amount (or occasionally a slightly shocking amount) of skin is becoming more common these days among older women.

Many of the icons of theater and film have crossed the 50+ threshold and are taking a stand to stay visible in an industry that still venerates youth.

Case in point: not long ago, the eternally sexy Susan Sarandon appeared at an awards ceremony wearing a white tuxedo pantsuit, with lapels cut almost to her waist, revealing a good portion of her cleavage. Her bust was covered by a black bra/bustier that – as gravity had taken its toll – was positioned fairly low on her chest.

She wore it with her usual cool self-assuredness – as though it might be what she would throw on to go to the grocery store. But the whole look veered dangerously close to the “ewwww” factor when an interviewer queried her son, standing there with her, if his friends thought his mom was “hot.” He replied, only slightly jokingly, “That’s all they talk about.”

Here’s the deal. Our breast tissue loses a lot of tone after menopause. Breast tissue sags and changes from perky to squishy. Now, there’s nothing wrong with squishy, per se, but does it serve the same purpose as when a young woman shows cleavage? The history of humankind offers up cleavage for one reason: to continue the species.

Now, if we’re trying to change the paradigm about older women still being desirable, that’s one thing. But promising what is no longer deliverable is another thing altogether.

Fashion legend Carolina Herrera says that she will no longer wear tight jeans for a similar reason. She explains that, from behind, a woman may look almost any age, particularly if she’s slender and well-proportioned.

That might attract a man until he sees her face. Of course, if you have white or silver hair, you will more likely avoid that embarrassment and simply be admired for how well-preserved you are.

There Are No Universal “Rules” Because Our Bodies Are Different

However, one doesn’t want to err on the side of prudishness either. So I consulted with my husband about how an older man (he’s 73) feels about older women showing some skin. He replied, “It all depends on the skin…”

Of course, that’s it in a nutshell. Regardless of age, if your legs have retained their shape and if you’ve managed to avoid splotchiness, “roadmap” veins, sag, flab, and jiggle, sure! Why not show them off?

The same criteria apply to the upper body. In fact, the “portrait” area – the shoulders, upper arms and clavicle – is one of the most attractive parts of a woman’s body, particularly if her arms are toned.

The charm about sleeveless, halter and off-the-shoulder necklines is that they actually draw attention toward the face. Frankly, it’s the eyes that are the sexiest part of you in any case.

So, maybe a thigh-high slit isn’t your best move any more. Nor is emphasizing the heft of your 38DDs. But, as the saying goes, (and within reason) “If you’ve got it, flaunt it.”

Do you think that there is such a thing as showing too much skin as an older woman? Or, do you think that it depends completely on the person – her personality, skin quality and body tone? Please join the conversation below. 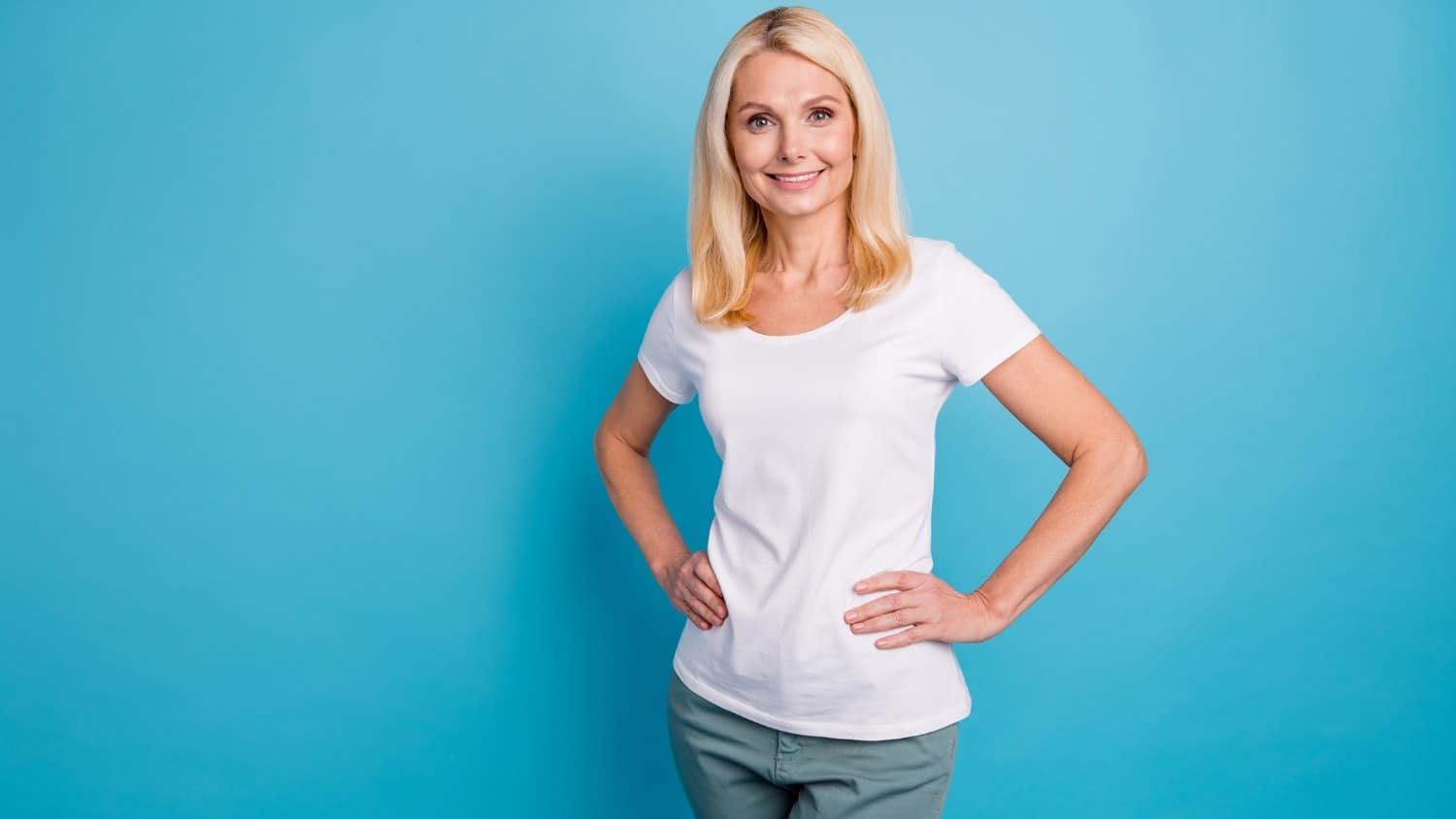 10 Best Linen Pieces for Women Over 50 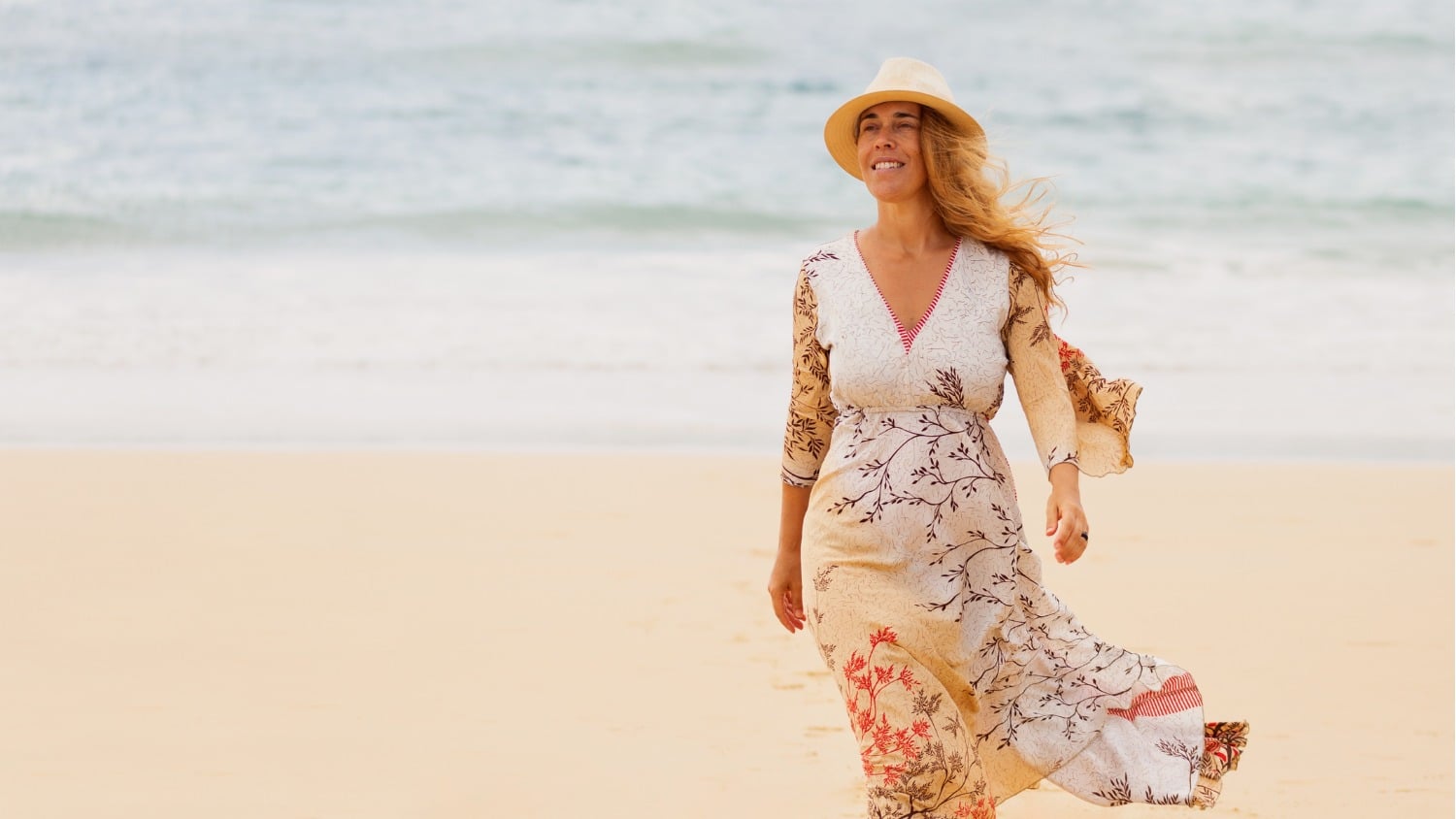 10 Plus Size Dresses for Women Over 50