Six Books to Give – or Receive

And here we go! As we fly into the holiday season – and the world gets even crazier – I breathe a sigh of relief.

I no longer worry about outfitting my home, from top to bottom, in festive garland and velvet bows. My twinkling outdoor lights don’t have to be “just so.” Several years ago, my friends and neighbors declared a halt on exchanging breads and toffees and hot chocolate mixes. And, with grown kids, a card doesn’t happen every year.

With a simpler to-do list, I have time to curl up with a good book. And that’s the perfect gift for me!

The Lindbergh Nanny by Mariah Fredericks

In 1927, Charles Lindbergh piloted the Spirit of St. Louis, a tiny, custom-built plane, from New York City to Paris. He flew across the Atlantic Ocean – alone – for 33 1/2 hours. The world celebrated Lindbergh and his wealthy wife, Anne Morrow Lindbergh. And the guarded couple received non-stop public attention.

When their young son, Charlie, disappears from his New Jersey bedroom one night, all fingers point to the nanny. Betty Gow adored Charlie, but perhaps her past – and secrets – motivated her to perform an unspeakable act.

I love a good people story, and this is one of my favorite historical fiction novels of the year. Told from the nanny’s point of view, this account describes Betty’s feelings – and the media frenzy—before, during, and after the famous trial.

Thanks to Net Galley and St. Martin’s Press for an advance copy of this novel – out November 15.

As the mother-in-law to two daughters-in-law, I fret over what I should and shouldn’t do. Or what I did or didn’t say. As wonderful as my sons’ wives are – and they are! – mother- and daughter-in-law relationships are tricky.

A huge thank you to author Lynda Loigman for putting this novel on my radar. I ripped through the page-turning story about family dynamics and the ups and downs of mother- and daughter-in-law behavior.

Sally Koslow, the former editor-in-chief of McCall’s magazine, weaves a heartwarming story told by the three generations of strong Tobias women. Confronted with surprises, struggles, and loss, Veronika, Mel, and Birdie work to solve problems and try to hold their family together. But are they the people who should confront these issues?

This mother-in-law learned some excellent lessons!

The Last Thing He Told Me by Laura Dave

I’ve heard readers and friends shouting about this novel for over a year. Why did it take me so long to read it!?

Marriage is “for better or worse.” But how far will Hannah let things go?

When Hannah answers a knock at the door of her Sausalito, California floating home, the messenger hands her a note from her husband, Owen. Protect her. Hannah assumes Owen refers to Bailey, his teenage daughter, who is barely civil to her stepmom.

But this is the last time Hannah will hear from Owen.

In this escapist page-turner, stepmom and stepdaughter work together to figure out where – and exactly who – Owen is.

Jennifer Garner will star in the Apple TV+ limited series, and I will definitely tune in.

The Widow by Kaira Rouda

Jody and Martin experience the perks and privileges that accompany a long-held congressional seat. As long as Martin continues to serve his district, Jody is content – sort of – to stand by and operate as the smiling, cooperative wife.

When Martin suddenly dies, Jody will stop at nothing to block those who threaten Martin’s legacy and her golden future.

I enjoyed this delightful political drama and the tips for congressional spouses that begin each chapter. Since the author’s husband served in Congress for a short while, Ms. Rouda knows first-hand the expectations placed on political partners, male or female.

This book arrives in the world on December 1. Get a head start, and reserve it at the library now!

The Ways We Hide by Kristina McMorris

The pros: A gripping historical fiction story filled with anecdotes that make one marvel.

The cons: The novel – and it’s a lengthy one – started slow for me. Although it picked up steam, this book may be best in an audio format.

Conclusion: I’m so glad I read it!

British Intelligence recruits Fenna, an expert illusionist skilled at escape and evasion techniques. Her top-secret task is to design tools for World War II Allied airmen held in German captivity. The German guards welcomed packages of “distractions” for their prisoners. With the diversions, the prisoners wouldn’t plot an escape plan. Or so the captors thought.

Fenna and her colleagues crafted baseballs with radio parts inside. Playing cards transformed into maps when liquid spilled on them. Board games held silky maps between the seams. Flexible saws were threaded into catalogs.

Inspired by stunning true accounts, this novel portrays love and loss, the internal and external wars we fight, and unexpected courage.

Force of Nature by Jane Harper

Federal police agent – and reader favorite – Aaron Falk returns in this second book of the three-book series to uncover how one woman went missing during a corporate survival retreat. The team-building exercise went horribly wrong, and colleagues offered varied versions of what transpired.

Although part of a series, this mystery is a stand-alone read. And definitely hard to put down!

Harper’s third – and final – novel in the Aaron Falk series (Exiles) releases on January 31, and I cannot wait to get my hands on a copy. Early reviews promise it’s a great one too!

Have your holiday seasons become more relaxed? How do you carve out time for yourself during this busy time? Do you like to gift and receive books? What books are on your wish list this year?

I enjoy audio books and often give books as gifts. I just finished a great book titled Old in Art by Nell Painter – it’s her memoir and she is the reader on Audio. I look for any way possible to simplify my new what’s next life. Christmas decorations have become less is more. Less is more is my goal in most aspects of my new life. Being newly done with my demanding career, I am taking my sweet time before jumping with 4 feet into anything new. I love sleeping past 7 AM -I relish the little things – less is more!

I read Anne Morrow Lindbergh’s diary and letters that detailed the time of the kidnapping. What a heartbreak. The Lindbergh Nanny novel sounds fascinating! And I really enjoyed The Real Mrs. Tobias. Didn’t realize the author was the EIC of McCall’s mag! Very cool! I will ask for a gift card to our local bookstore for Christmas and my 12/23 birthday – books are my favorite thing and I like to support my beloved bookstore! I must confess that I am looking forward to reading Spare – Prince Harry’s autobiography — in January, but shhh don’t tell anyone! 🤣

I agree about paring down holiday decorations. We pared down our outdoor Halloween set-up and for Christmas indoors we will probably just put out a few favorite items and tree ornaments. I do love to set a fancy Thanksgiving and Christmas dinner table, but our annual Christmas Eve Day sing-along will once again be outdoors (with heat lamps – not toooo cold here in LA!) and I won’t be fussing too much beyond table cloths and candles. I do make granola for all my my adult piano students which is very time consuming! But worth the effort. Thanks for your great book recs!

Howling about your clandestine Spare reading!! It’s fun to decorate, I agree, but it feels nice not to spend DAYS on it like I used to!! 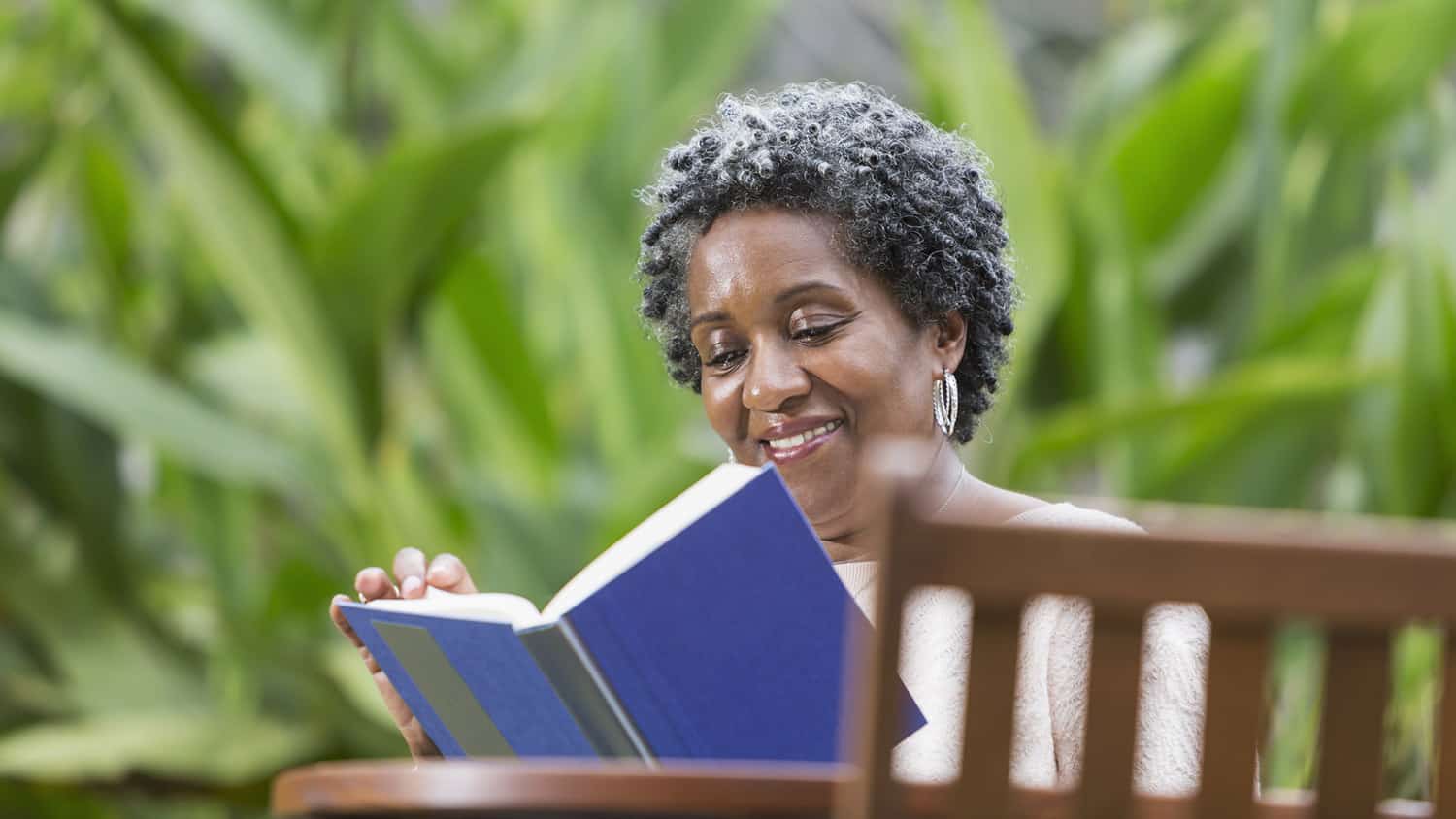