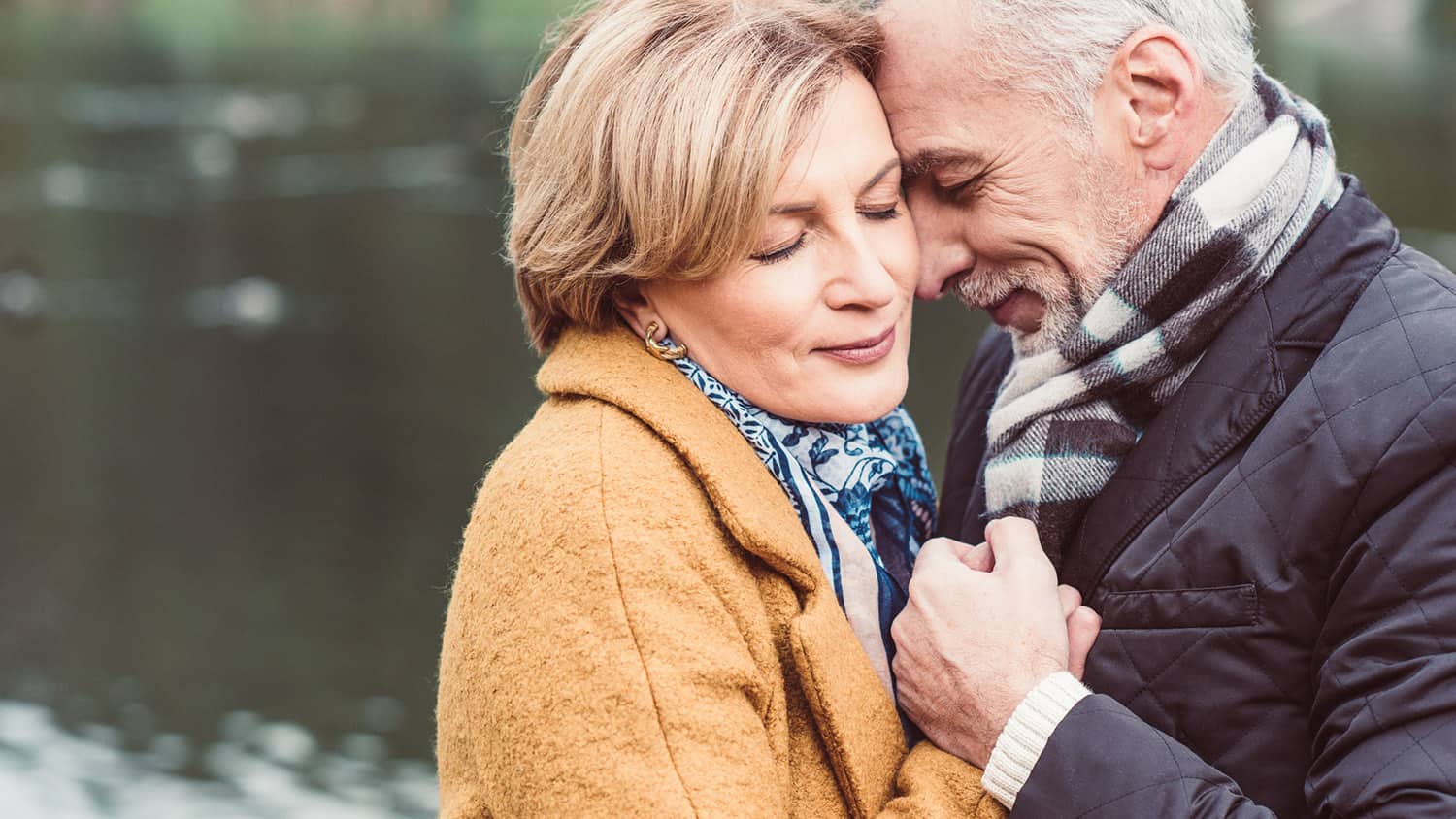 Do You Believe in the Power of Love After 60?

Many years ago, a lovely client showed me a bracelet her husband had gifted her for a special occasion. Inscribed was a beautiful quote by Robert Browning sent to his beloved Elizabeth Barrett Browning.

I never forgot the words: “Grow old along with me. The best is yet to be. The last of life for which the first was made.” I could not imagine something lovelier, and I was only 30-31 years old at the time.

Love in the Second Half of Life

If you find yourself in that second half of life, think about the beauty of such a statement. Truly, this is the part of the journey where the rose has fully bloomed as a result of the seeds sowed in the first half.

Love at this remarkable juncture can be more passionate and fulfilling than ever imagined, even for those who experienced it in days gone by.

Valentine season is all around us. For those who recognize the magical ingredients of love, do not forget that it is not only for the young.

Many sexagenarian women have listened carefully to wellness experts and subscribe to a healthier lifestyle. As a result, in comparison to their predecessors, they are living longer and more fruitful lives.

Because they remain vibrant, many women continue to yearn for love and passion at this later season of life. And why not?

I know three lovely ladies in their 60s who believe in the possibility of later love. All three have been divorced for over a decade. Here are their stories.

Belinda and the World of Online Dating

Belinda, a generous, attractive woman, left a very abusive relationship. After healing over the course of many years, she has courageously ventured into the feckless world of online dating.

With aplomb, Belinda has navigated the unpredictability of dating new people. Although she is frustrated and may take a hiatus, Belinda is determined to continue her pursuit of love, and as I remind her, deservingly so.

Maeve and Her Younger Man

Maeve, a beautiful woman, was emotionally starved during a ten-year marriage. Her withholding and somewhat mentally abusive husband left her. Finally recognizing she deserved better, Maeve opened herself to love.

At the beginning of her voyage into the world of the unattached, she met a younger man who asked her on a date, perceiving her to be much younger than 52.

When Maeve declined and shared her age, he was incredulous about her desire to engage in the act of love and boldly asked, “You still want to do it?” Well, actions speak louder than words, and yes, Maeve not only wanted, but did it.

Over the next couple of years, she became involved in two passionate relationships. Although those relationships came to an end, Maeve did not succumb to defeat. Now she is 60 and is still pursuing love with the right man and remains open to the possibilities. I say, “You go, girl!”

Katrina is a lovely woman who continues to look for love after leaving a very unfulfilling marriage over a decade ago. She wanted to divorce much sooner, but her children begged her to remain in the marriage.

Temporarily, Katrina acquiesced to their request. Once the children were adults, she was able to make the break. Since that time, Katrina has had two meaningful relationships. The last one, about three years ago, was with a man with whom she planned on spending the rest of her life.

Unfortunately, as things are not always as they seem, neither are people. This man abruptly ended the relationship through a text message. Later, she discovered he was a charlatan. As we discussed, better to find out before a more permanent living or financial arrangement ensued.

Katrina continues to be optimistic. Recently, she had a few dates with a pleasant man with whom she does not feel a connection.

She realizes the challenge of meeting someone who might be the right fit. Well-intentioned relatives remind her of this difficulty and encourage her to give this man more of a chance.

Katrina shared with me that she would rather take the risk of looking for a better match than settle for the sake of having a partner. As she is aware, I support her determination and courage to take the risk of pursuing her true heart’s desire, and wish her well.

Do You Miss Romantic Love?

The Valentine season is a reminder of the importance of love. When pierced by Cupid’s arrow, the feeling of romantic love can be utterly exquisite and ageless in its scope.

To experience this potency, some people will often chance the agony of unreciprocated love for the possibility of tasting such ecstasy.

Legend states that Valentine performed weddings for soldiers forbidden to marry under the Roman Empire. If there is any truth to this, he obviously recognized and respected the wonder of love.

Valentine’s determination to conduct the sacred ritual was so great it rendered the ultimate sacrifice for him. 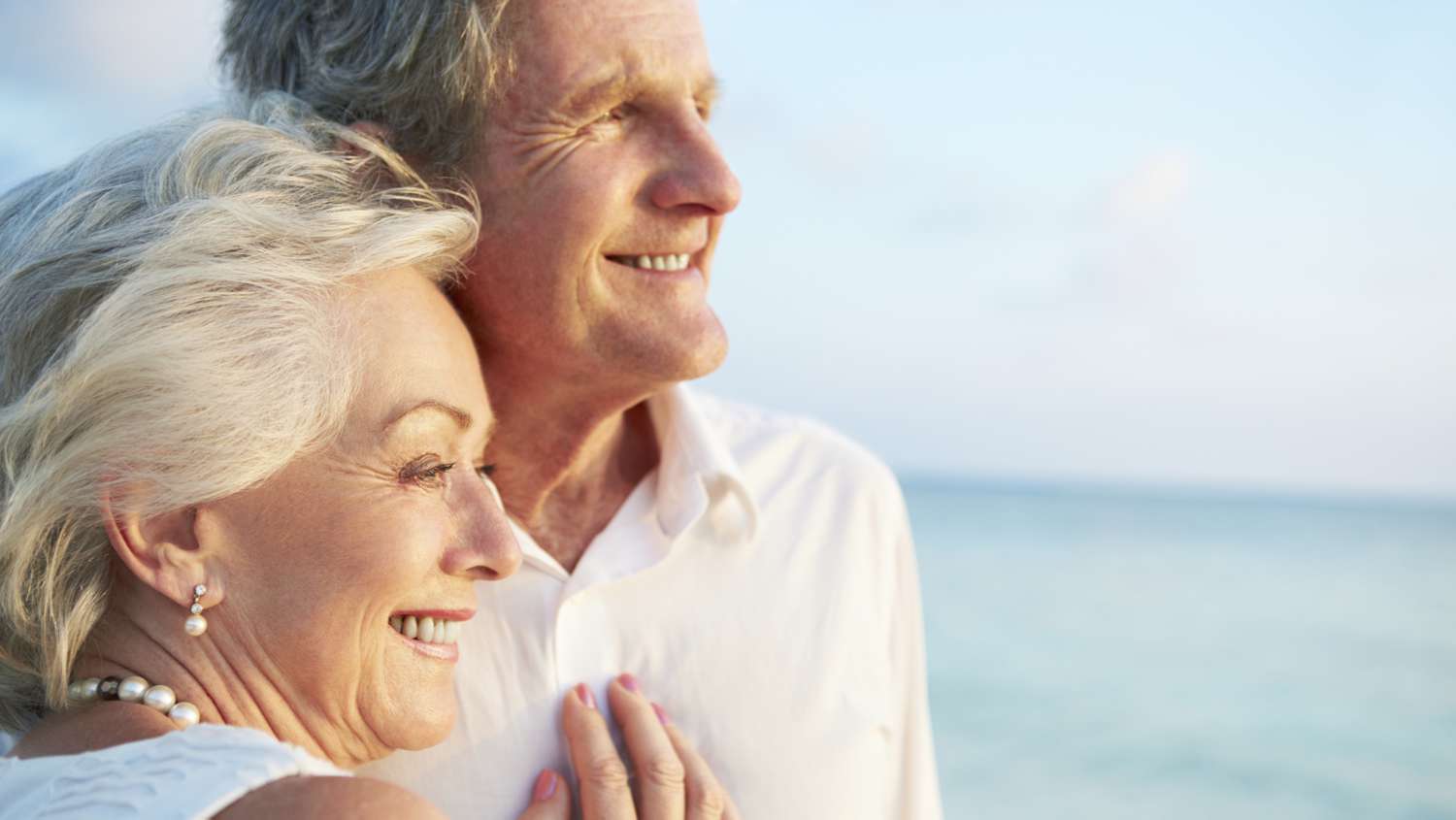 How do Common Myths About Aging Impact Dating Over 60? (Video)

Is a Friends-with-Benefits Relationship the Way to Go in Over 60 Dating?