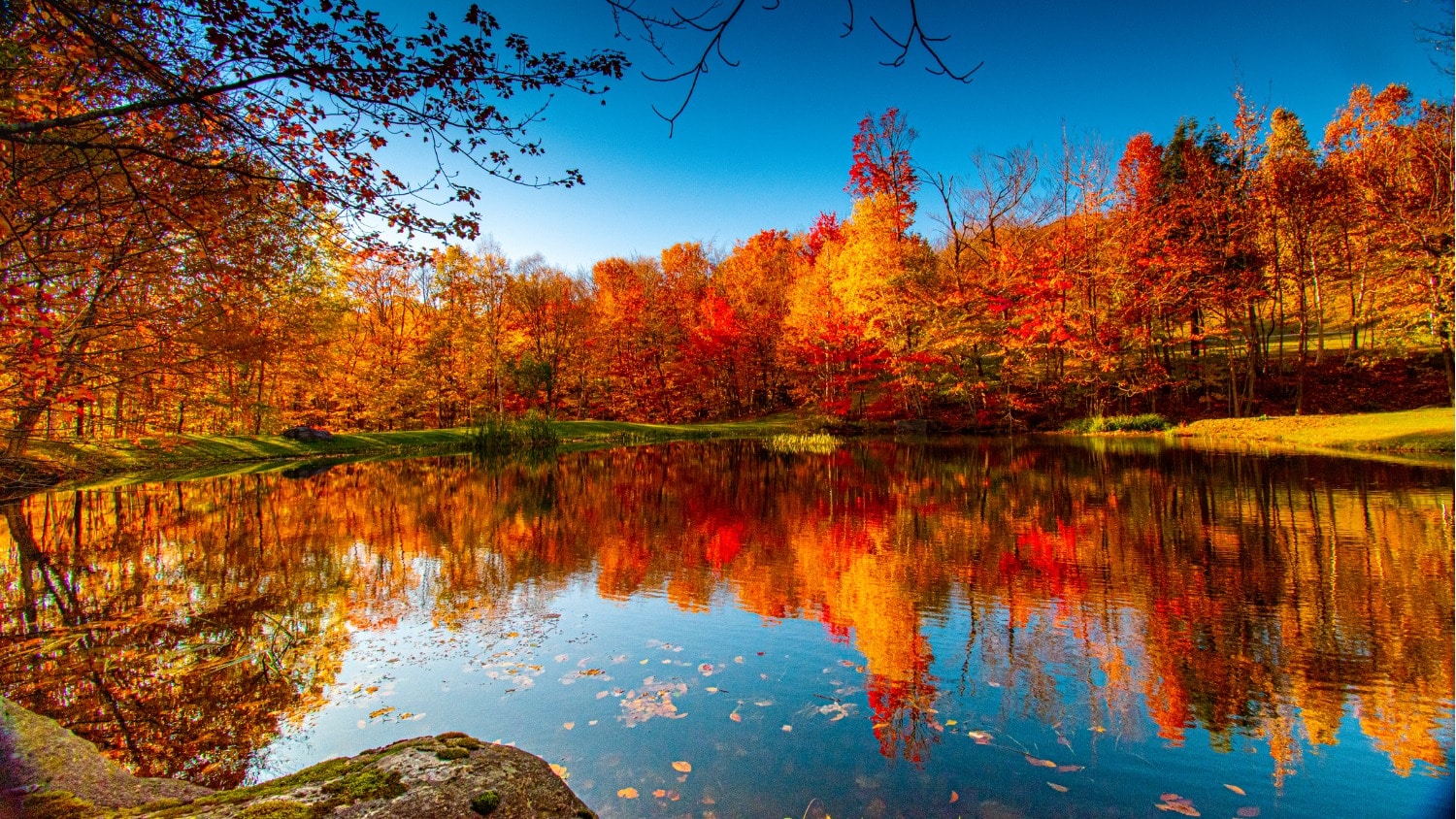 Right up there with winter wonderlands and summer beach days, fall foliage is an attraction of its own, drawing photographers, hikers and nature lovers to local forests, national parks and mountain slopes. If you live in a warmer climate, you might be used to balmy temperatures year round yet still crave the quintessential charm of autumn.

Some of the world’s greenest summer landscapes are even more picturesque once August draws to a close, and you can easily plan an entire itinerary around seeing fall foliage. Whether you drive, hike, or stroll through, the following destinations ring in the season around the world.

Covering over 30 miles between the towns of Conway and Lincoln, New Hampshire’s Kancamagus Highway is one of the United States’ best known scenic byways. Nestled in the heart of the White Mountains, this designated National Scenic Byway comes with a host of nearby natural attractions to plan a trip around.

Driving on the 34.5 mile route, you’ll be immersed in fall colors on both sides, uninterrupted by restaurants, gas stations or other pit stops. There are plenty of services in both Lincoln and Conway, but the stretch of Route 112 in between is dotted only with trailheads, scenic lookouts and a few campgrounds.

Stop by the gurgling Lower Falls or Rocky Gorge Scenic Area along the way, or take on a hike like the Sawyer River Trail. The quaint Albany Covered Bridge and nearby campground are another worthwhile stop just west of Conway.

For an urban destination boasting incredible fall foliage and equally impressive shopping, dining and nightlife, visit Vancouver anytime from early October until November. The region’s fall colors can enrich any walk through the city, which is full of green oases, coastal parks and tree-lined streets.

Queen Elizabeth Park and the nearby VanDusen Botanical Garden are a great way to spend an entire day looking up at the treetops while sipping a coffee from a local cafe.

After touring this walkable city on foot, plan a day trip to see one of the area’s natural attractions. Located just 15 minutes north of the city center, the Capilano Suspension Bridge is a local favorite. Dating back to the late 19th century, the bridge allows you to walk through a canopy of fall foliage and firs and sightsee from an entirely new perspective. The Capilano Bridge Suspension Park also offers the Cliffwalk experience, which invites visitors to walk along a towering cliff with views of the canyon below.

Any of the provincial parks surrounding Vancouver can be another great option for a day trip, especially if you’re looking to take on the trails.

From coastal cliff sides to dense woodland, the United Kingdom’s South Downs National Park is an unforgettable autumn addition to any London getaway. Located an hour and a half south of the capital, the park can be a day destination or a weeklong excursion with stops in communities like Petworth, Amberley and Chichester along the way.

Part of the South Downs region, Petworth Park is known for its walking trails among ancient trees – this ancient tree map guides you through the park, which can be especially rewarding in the fall.

Connecting Alton and Fareham, the 11-mile Meon Valley Trail is another hike to have on your radar as you explore the South Downs and the historic waterfront city of Portsmouth. To extend your excursion, visit neighboring New Forest National Park to marvel at the classic English landscape in full autumn bloom.

For a unique fall foray into Central Europe, plan a trip to Swiss National Park, located near the country’s eastern border. Autumn is one of the best times to visit this pristine pocket of Switzerland, which features alpine landscapes, abundant wildlife and woodlands.

The park’s larches, known as golden larches once they change color in the fall, are one of the park’s highlights. These soaring deciduous trees turn a characteristic shade of gold once summer ends, brightening up the landscape as the weather turns chilly.

Along with golden larch needles, early snows and dipping nighttime temperatures, autumn in the park welcomes the red deer rut, a phenomenon that draws visitors yearly. Also known as breeding season, the rut is marked by the roar of the area’s stags, audible throughout the park.

Visiting Switzerland’s only national park in the autumn gives you a firsthand glimpse of nature’s rhythms. Staying at a nearby resort town like Zernez or St. Moritz puts you within easy reach of the park, as well as scenic surrounding communities.

Known for eye-catching flora year round, both South Korea and Japan are also popular fall foliage destinations. South Korea’s national parks are especially lush. If you are planning a first trip to the country, you will likely be exploring Seoul, the capital, throughout your trip.

Located just outside of the city, Bukhansan National Park makes a memorable day or weekend trip, especially as fall sets in. Popular with city dwellers and featuring expansive views, the park is home to a number of trails at varying difficulties, meaning anyone can find their footing among the area’s peaks, streams, and wooded slopes.

Reachable via car or public transportation, Bukhanasan rivals the United States’ most popular national parks. From expansive city views to tranquil forested paths, its attractions are a must-see while in Seoul.

Your fall foliage adventure doesn’t have to end once you return to the city; Nakseongdae Park, for example, is an easy morning trip where you can view multi-colored trees while admiring a shrine honoring the legacy of a local general.

The Namsan Outdoor Botanical Garden is another well-known park and garden where you can easily get lost among the serene walkways, falling leaves and general sense of calm tucked into a bustling capital.

I would love to hear your thoughts. Have you travelled on an interesting fall foliage adventure? Where has fall beauty taken you to date? What activities do you prefer in the fall foliage surroundings?

Jackson Hole Wyoming is AMAZING in the fall

Sue Rudolph is the owner of Absolutely Amazing Travel. Since 1994, she has been helping travelers who want to experience a destination, not just see it. She creates itineraries to exotic locations where you will meet the locals, immerse yourself in the culture, and get up close to nature and wildlife. Find out more at https://www.amazingtravel.com 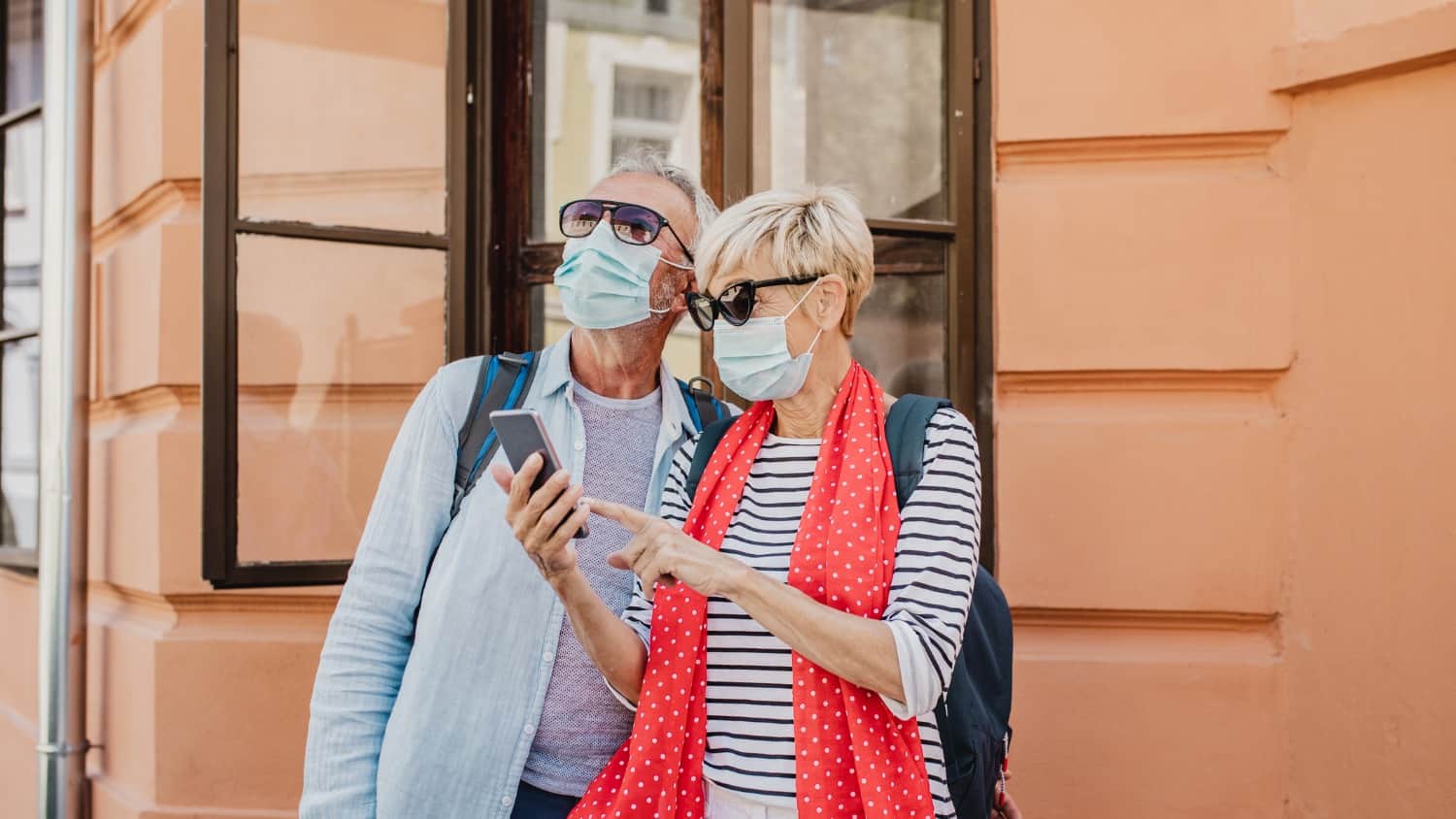 6 Tips on How to Get Back to Traveling NOW 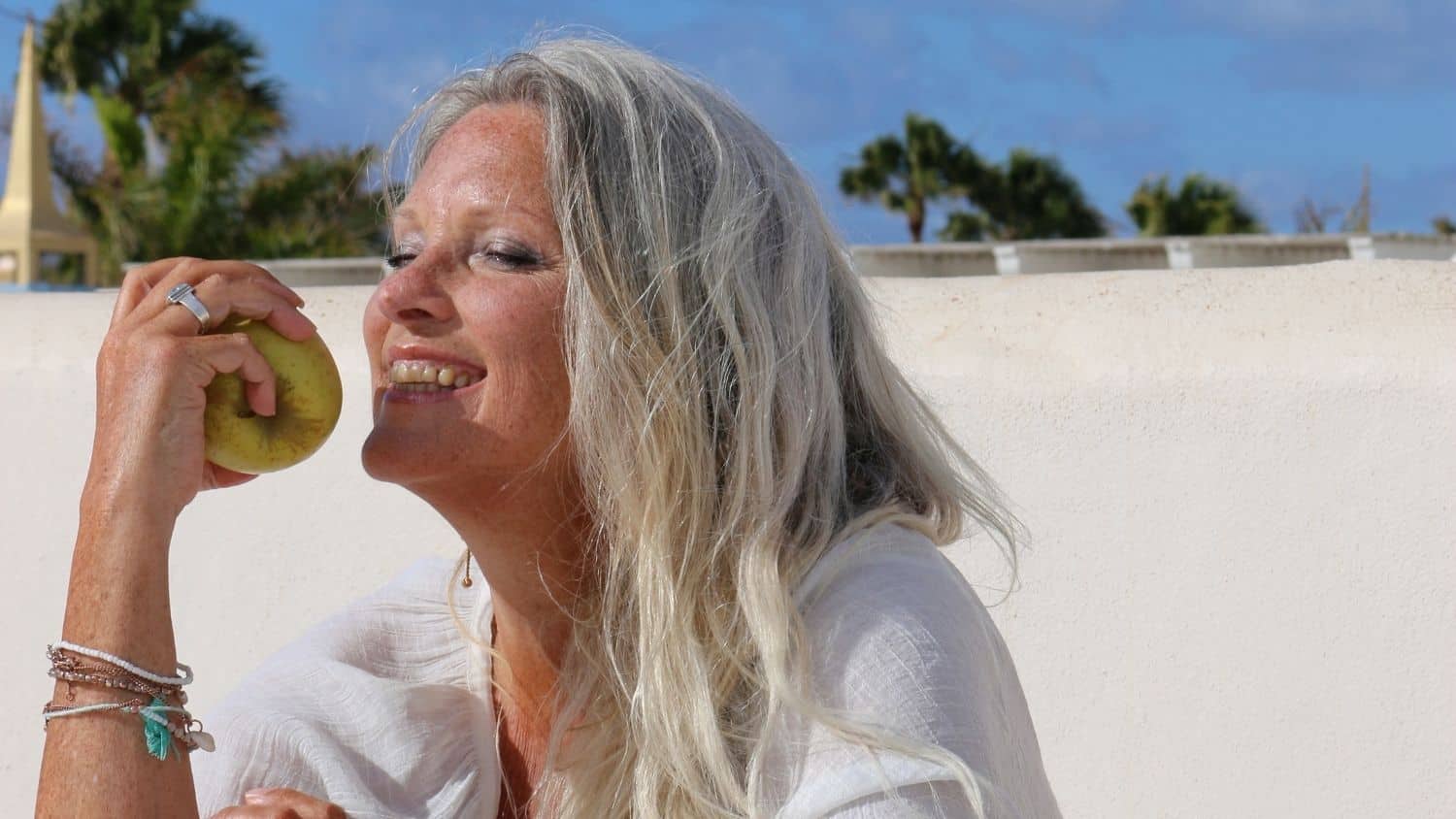 At 60, What Are You Really Hungry For?