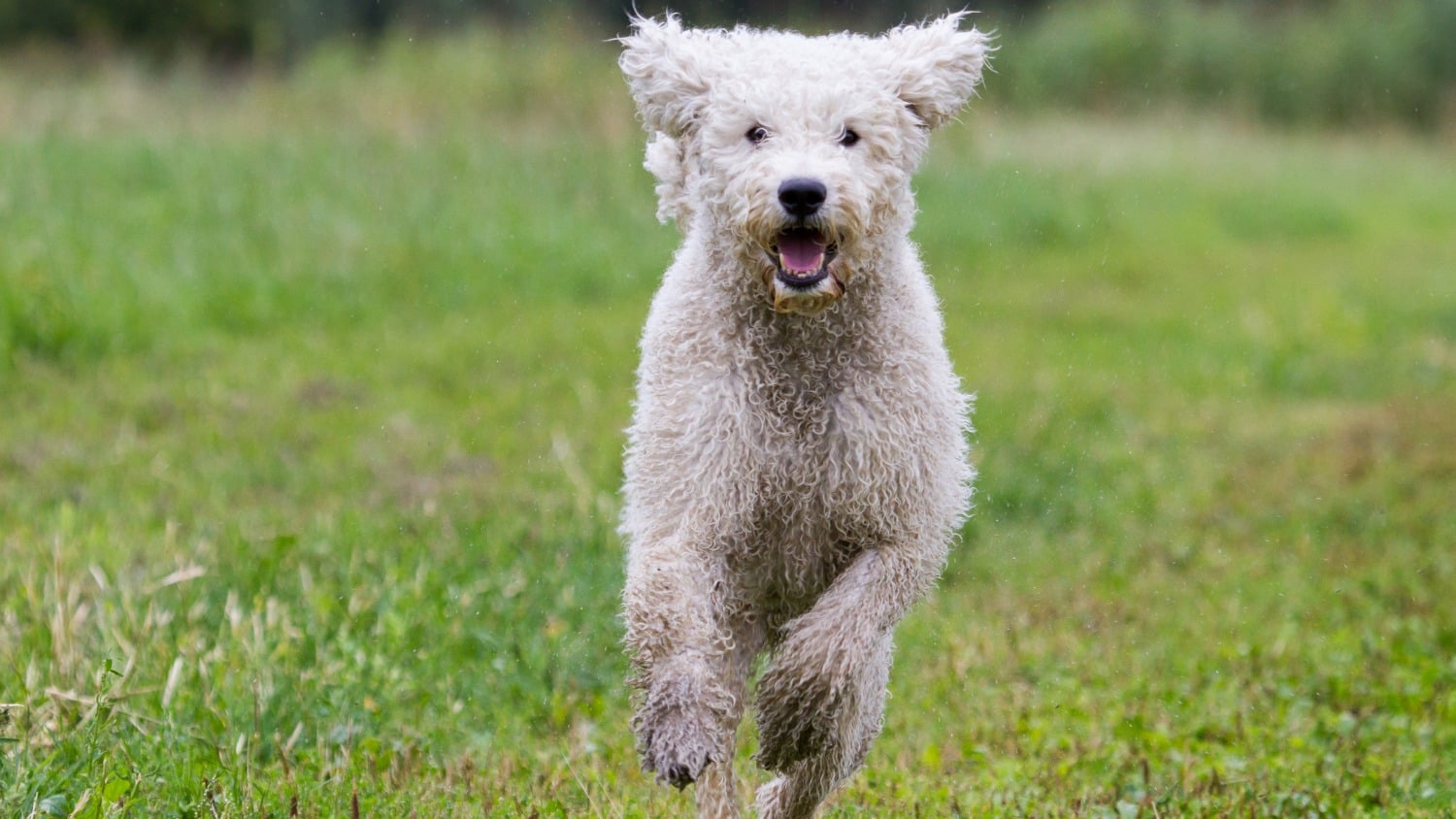 How Do We Learn to Find Joy in Later Life?

As I walked across the street toward our mailbox, a high-speed mass of curly, blond hair appeared alongside me. This large, young, long-legged Labradoodle had come running from the street behind mine. I was stunned by her lightness of motion.

The dog charged blissfully in my direction, beginning a show of joyous antics. First, a pattern of circles began, and then she started running in long figure-eights. In the next instant, the dog stopped and sat down to watch a young girl running down the street calling her name. Only stopping for a moment, the dog raced past me, towards the little girl who arrived nearby on the sidewalk and then pursued more antics!

The dog episode ended about as fast as it began, as the girl was followed by both her mother and her father, who seemed all too familiar with this escapist behavior. The dad was able to grab a clutch of hair on the dog’s neck, calm the dog, leash her, and gently walk her back towards home.

That dog’s carefree exuberance and energy was infectious for me, and later in the day, re-imagining the scene, I became a little envious. As the vision of that happy dog revisited me, I had a thought.

When Was the Last Time I Felt Overtaken by Joy?

Is joyful abandonment only experienced by runaway Labradoodles, kids on bikes racing down hills, or white-water rafters and skiers? Does speed have to be part of the equation? Has weathering the pandemic and living through a recent kitchen remodeling job dulled my senses?

“Lighten up, sister,” I said to myself, “You are DEFINITELY overdue for some joyful abandonment!!

For children, a park or playground offers swings, slides, or a merry-go-round. I might have to give those swings a try the next time I walk around the park! The middle and high schoolers are always whizzing by in the neighborhood on their electric bikes.

Even the colleges nowadays provide electric scooters for students. Most all the beach areas rent both e-bikes and e-scooters and while I’ve often thought I’d like to try one, I never have. Last night I watched a beginner e-bike intro on YouTube, so I AM determined to try one later this week!

Zumba classes and pickleball are fun, but those activities occur under my own power and I’m longing to be “carried away.” The last time I was on the Hawaiian Island of Maui, I elected not to take a sunrise van excursion to the rim of the Haleakala volcano crater at sunrise (6,500 feet or 1,981 meters) followed by a guided downhill ride to the sands at Paia Bay.

Today I’d like to JUMP onto that van! For some reason, the labradoodle episode has me thinking about freedom of movement, so I will be scanning the more immediate area for opportunities.

The Boogie Boarding Ladies Made the News

A local group of women were featured in the news last year. They meet three mornings a week at the beach to ride boogie boards. The ladies range from their 60s up to their early 90s, and because most of them are comfortable with the ocean and rode the boards in their youth, over 40 of them returned to the sport with the club!

Reuters’ reporters followed them out into the surf last year for photos that were shown on TV and in print news throughout the US and Asia. They do look joyful in the photos!

For me, getting dunked under a wave and wriggling into and out of a wetsuit, with the accompanying sand, is not appealing, but it does make me think about innertubes and rafts at a local lake or hotel pool/waterpark!

Opportunities for Joy and Happiness… What’s Next?

The dog incident, a “Doodle Lesson,” was a teachable moment for me. I want to be mindful of finding more active and joyful moments in everyday life. Children are always looking for their next good time, and so shall I.

Let’s actively look for joyful opportunities and share them with our friends! What kind of activities help you get moving and enjoying life? Share your strategies!

That bike ride down the mountain is all brakes and no pedalling, my feet went numb! Lovely to be out in the mountain landscape though.

Thank you Jane for prompting us to consider those ‘doodle’moments that add zest to our lives! I am fortunate to live 5 minutes’ walk from the sea in a beautiful part of North Wales, on the Llyn peninsula.
I find a regular dip in the Irish Sea, whatever the weather and however short the dip, never fails to awaken the mind, boost the body and raise the mood!
A great recipe for adding joy to any tapestry of events ahead on any day!

.
Sometime joy finds us. Sometimes we find joy.
This mornings joy…72 degrees in NC in August. So I moved breakfast to the deck. 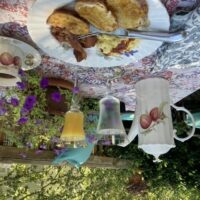 Jane Sawyer writes about aging, retirement, business and careers. After leaving higher education, executive outplacement, and her chemo hat/scarf business, she wrote profiles about seniors living healthy, active lifestyles for the Successful Aging newsletter at the UC San Diego Center for Healthy Aging, as well as for her new blog, AgingwithPassion.com. 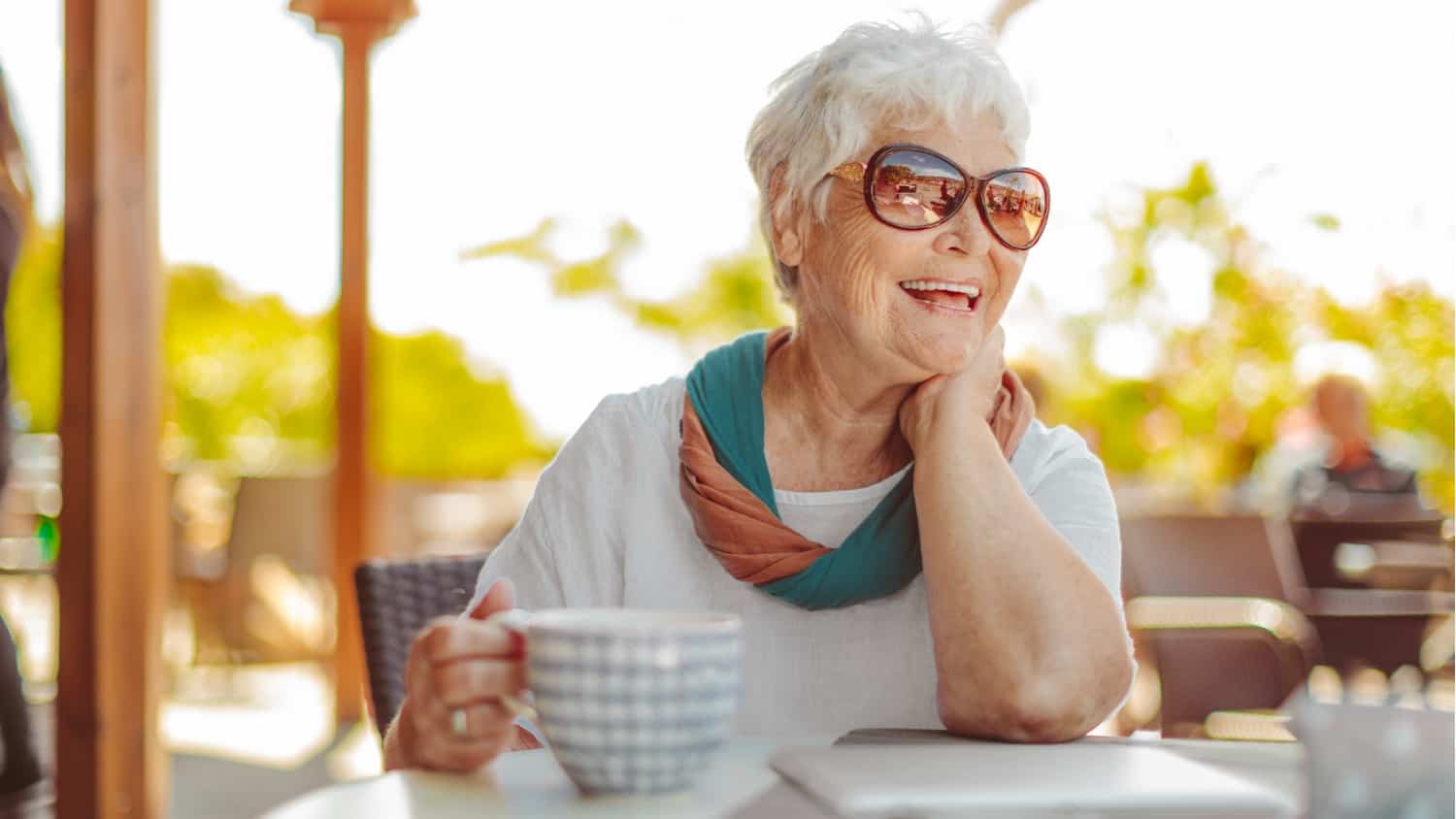