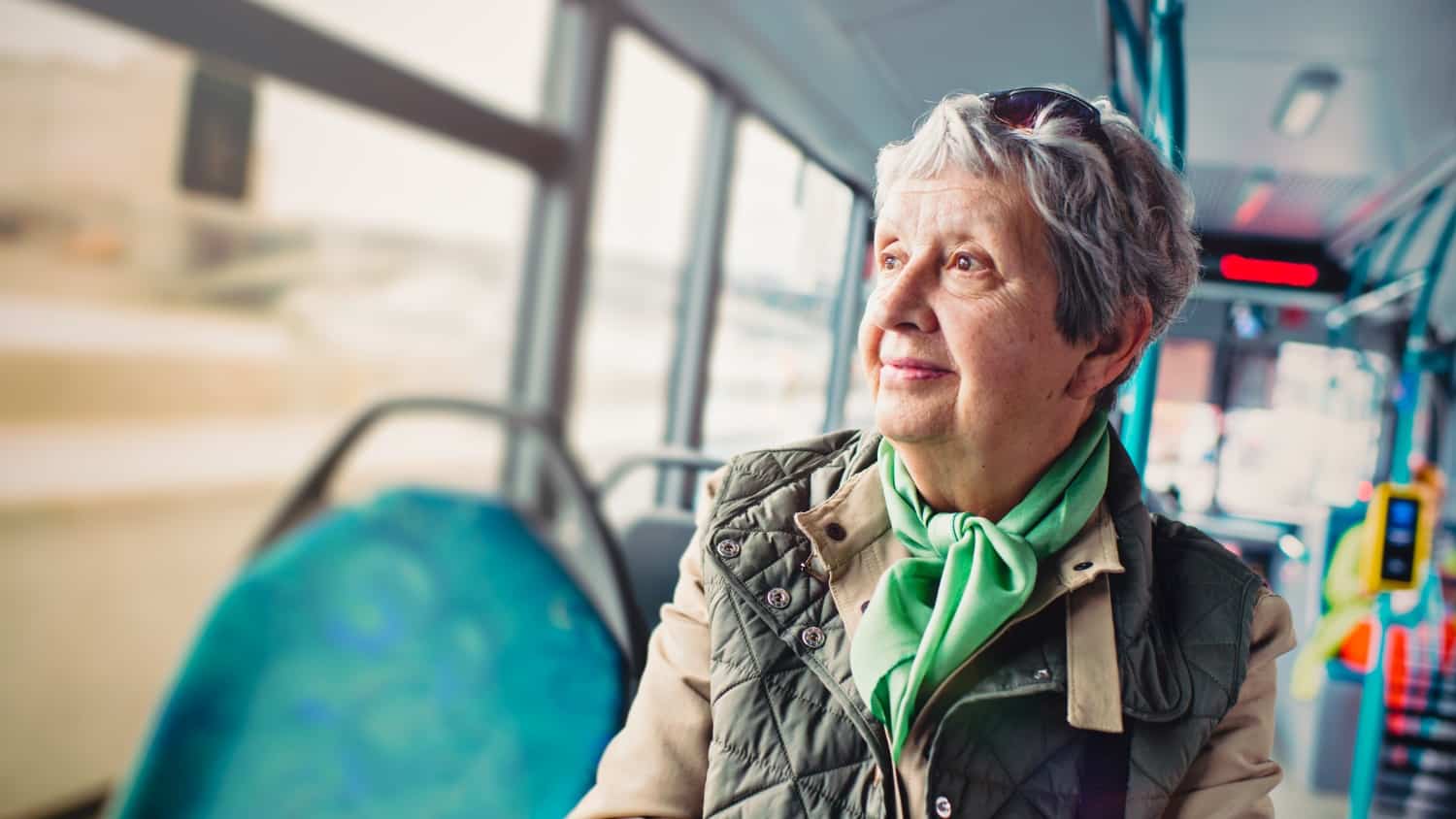 How Often Do You Get to Sit Comfortably on Public Transportation?

People who go everywhere by car may have many complaints – traffic, the price of petrol (gas), or finding a parking space. But at least they can expect to travel in comfort.

Many of us, however, are dependent on buses, trains, and subways (known as the ‘underground’ or ‘tube’ in London and the ‘metro’ in some other places) to get around. We do not always travel in comfort, despite such trips being part of our daily routine.

I well remember the first time it happened. I was in my early 60s and standing in the underground train, thinking about nothing in particular.

A young man in a seat was waving, trying to get someone’s attention, I assumed behind me. But I looked behind and no one was there. My brain re-jigged the situation, and I realised he was trying to get my attention. Why?

Of course, he was trying to offer me a seat. Me! Of all odd things to do. I was young and able and waved him away to indicate I was fine.

This was the very first time I was ever aware of being labelled as ‘old’ and it came as a shock.

And then it started to happen more often. Someone would prod me and point to a person getting up, indicating that the vacated seat was available.

Or they would stand up very visibly and offer the seat there and then. On tube trains, on buses. More and more frequently.

There was one period when I had a bad back and sitting down was very painful. I turned down the frequent offers. But once someone decides you need their seat, it is very hard to dissuade them.

Once or twice, I even took a seat, which I didn’t want, because it was too complicated to explain to the eager helper.

In my experience, women are more likely to offer a seat than men and older people more than younger ones. They seem, more often than not, to be foreigners, brought up in an etiquette that no longer applies here.

But I think it is happening more often. Perhaps there are more foreigners using public transport in London. Or perhaps Londoners generally are becoming more aware of the issue. Even young men, lost in their own worlds, do occasionally offer.

Most often, it seems to be older women who are offered seats. And anyone with a cane or otherwise visibly disabled. I know that when I have a cold or am generally under the weather, I get offered one more readily. I assume it is because I am looking older.

Older men sometimes get one. My husband actually needs one more than I do, because of a bad knee. If we are together, I will try to ensure he gets one, although it is difficult to persuade him.

And sometimes women with children or pregnant women get offered a seat, but the latter are complicated as they might just be overweight.

I know that nearly 40 years ago, I wasn’t offered a seat when I was nine months pregnant and there was no mistaking it.

In any case, the older I get, the more I welcome an offered seat. It is no longer a surprise, but a wonderful relief to get off my feet.

How do you travel around town? Do you get offered seats on public transportation? Do you welcome them? Or do you still offer seats to others? Please share your stories!

The Feminine Experience of Retirement: What’s Your Stand?