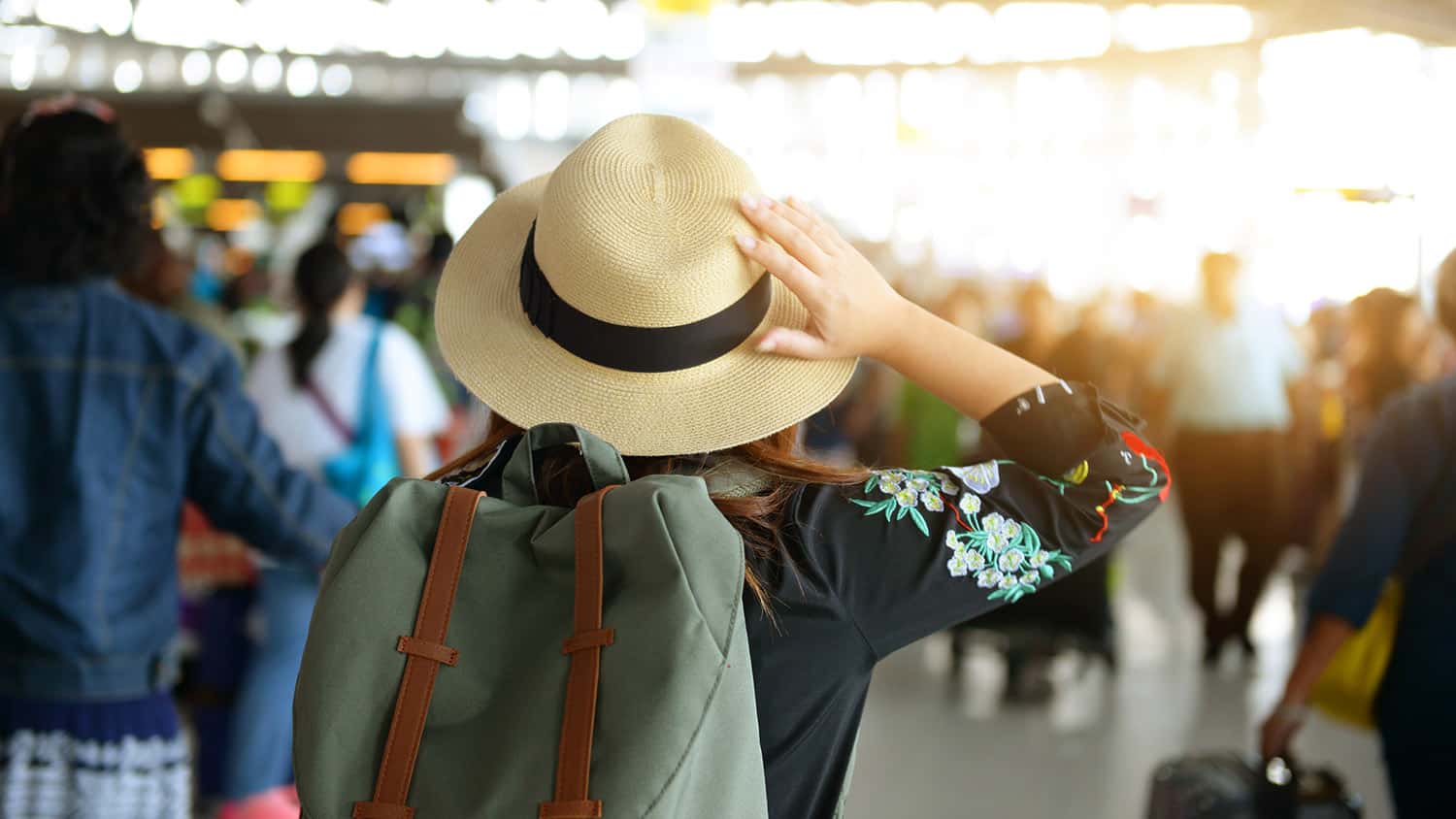 I may be over 60, retired, and Canadian, but that doesn’t mean I’d willingly cause an international incident! No way I’m going to be in the spotlight, even if life is pushing me in that peculiar direction.

My little story of how I avoided a serious situation sends a strong message that we have to step up and always take control our lives. We need to take responsibility for ourselves, to ensure we remain safe and sound even in challenging situations.

We can’t depend on others, as they don’t always have our best interests in mind. This is especially true when we travel and are somewhat vulnerable to do what others advise us.

I was traveling from my home on Koh Lanta in southern Thailand, to Ottawa, my other home – in Canada. It was a last-minute trip for a family event, and I’d purchased my ticket a few days prior.

I’ve been traveling back and forth a few times a year for over 10 years and always source my tickets online. My criteria for a ticket is price, of course, but also travel time. This trip can be anywhere from 24 to 50+ hours depending on connects and layovers.

Over the years I’ve done it all – quick trips as well as those with long layovers in London, Hong Kong, and Singapore. If I’ve got the time, I like the long layovers so I can explore the city, meet friends. This also gives me a welcome break from two long haul and up to three short haul flights.

The ticket I purchased for this trip was a few hundred US dollars more than I wanted to spend, but the travel time was just over 24 hours so it was well worth it.

Checking-In at the Phuket Airport

My flight was leaving at 1:30 am from the Phuket airport, a 4-hour drive from my home on Koh Lanta. I’d arranged a car to pick me up at 7 pm the night before, which would get me to the airport around 11 pm, more than enough time to check in.

All went well with the drive, even though it poured rain for most of the way, and we had a long wait for the car ferry off Koh Lanta to the mainland. At the airport I loaded my ‘hockey bag’ onto a cart and away I went to check in.

Are you wondering why a woman over 60 would be traveling with a hockey bag? It does seem strange, but you have to realize that I bring a lot of things to Thailand each year, from Cheeze Whiz and peanut butter, to my favourite shower gel, shampoo, cooking spices, and hobby supplies.

Many of the things I like are not available in Thailand, so I bring them there myself. As a Canadian, I’m used to the enormous size of hockey bags and love the space they provide.

I’ve taken smoked BBQs back to Thailand on more than one occasion in this bag. Airlines accept them as, after all, we are a hockey country, and traveling with hockey gear is just normal. Eh.

My ticket had me on three airlines, which is not irregular with the distance I’m traveling. I was into China, to Chongqing then to Beijing and then halfway around the planet to Montreal, where I would get a connection to Ottawa.

Lots of stops, but with a 24-hour total time, it was great. I’d checked out the Chinese airlines and gotten very positive feedback. I was looking forward to two short layovers for a chance to stretch my legs before the super long haul of 15+ hours into Montreal.

The people at the Sichuan Air check-in were great. They explained that as China Air was not at Phuket Airport, I would check in for the rest of my flights with them in Chongqing. My bag was also only checked in for the one flight, so I would retrieve it after I cleared Chinese immigration.

This started to worry me. I knew that I could enter China for a number of hours without a visa as long as I could show my boarding pass, proving I was in transit. But I wouldn’t have a boarding pass for my next flight.

I asked about this and I was told that it was fine. They said they were calling China Air to meet me at the gate and help me with this process.

Then things started going slightly sideways. It was midnight for me, and 1 am in Chongqing. No one was answering the phone at China Air. After further analysis of my ticket, I was told that a 1:50 hour layover was not enough time, as in Chongqing I also had to change airports.

My second flight was domestic within China. By now, the supervisor was with the check-in people. She suggested that I re-route my ticket. She told me that China Air was not responsible for me until I checked in with them.

Because I would miss my second flight in Chongqing, my ticket would be voided when that flight took off. By the time I reached the China Air check-in, I would have an expired ticket.

It only took me a nanosecond to realize I’d be entering China with an invalid ticket and not have any proof that I was in transit. As I didn’t have a visa to enter China, I was putting myself in a very dangerous situation.

A Canadian in China, illegally, isn’t a good idea anytime, especially now when another Canadian was in the news due to illegal activities in that country.

A lot of chatter and phone calls were taking place at the check-in desk. I tried to stay calm. I put on an academy award performance of showing that I was calm, cool, and collected, and not overly concerned about the pending problem I was facing.

A foreigner in Asia is always being scrutinized for their behaviour. Showing any anger or aggression could quickly turn those trying to help, into people who wanted nothing to do with you.

Of course, I wanted to shout that the whole thing was beyond ridiculous, that my ticket would put me in a precarious situation in a country that did not take illegals lightly.

But… Smile and breathe. Thankfully, I’m a yogi and can turn this ‘on’ anytime.

Told Not to Take the First Flight

The check-in clerk suggested I don’t take the flight, but the decision was up to me. I knew right then and there I wouldn’t be on the flight.

There was a phone number at the bottom of my e-ticket, so I dialed hoping the situation could easily be resolved. Maybe there was an error on my ticket; since I was sold this itinerary, it must have been approved at some level.

A nice gentleman answered, and I explained my situation. He said that I should take the flight as China Air would help me. At this, I passed the phone to the check-in supervisor so she could explain to him why this wouldn’t be possible.

After a lengthy conversation I was handed the phone back. The gentleman told me that he’d never heard this before and didn’t understand the issue. He restated that I should take the flight.

At the same time, the check-in clerk was removing the tag from my luggage and returning my passport, without a boarding pass. I couldn’t take the flight, I was being refused, and rightly so. When I told this to the support person, he asked me to hold so he could consult with his superior.

He came back online a few moments later and told me to take the flight. Either he wasn’t listening, or he assumed this option was still available. I told him I needed another connection or ticket. He hung up.

So, there I was at 1 am, stranded at the airport. I had no ticket, no ride back home to Koh Lanta, and still needed to be in Ottawa that week.

I started laughing. The check-in crowd started to laugh with me. Their numbers had grown as they tried to help me sort it all out. Laughing is common in Asia in stressful situations, and it definitely helped us all.

I decided to buy another ticket for a flight leaving later that morning. They all said their good-byes, I even got a few hugs. They closed up for the night and left me all alone at their check-in counter.

My mind was full with what could have been in the news headlines the next day. “Canadian trying to enter China on a bogus ticket with intent to spy.” Or maybe, “Canadian spy caught illegally entering China.” Or even, “Another Canadian in jeopardy with Chinese authorities this week.”

A wave of relief rippled through my body, and it sure felt good. This almost made me forget that it was 2 am and I still had a problem on my hands. I had no ticket!

I went online, right there at the closed check-in counter and booked a flight leaving at 9 am, just 7 hours away. I packed up my Mac and headed to an all-night restaurant on the second floor of this new, modern, expansive airport.

I spent the rest of my night watching A Star is Born on my laptop. When I travel, I always have lots of movies to watch, and there was plenty of other entertainment.

Two very loud Russians were skyping with someone who made them laugh so hard they kept falling on the floor. While they were somewhat annoying, they were also very funny, and they did repeatedly apologize for their behaviour.

There were two power cuts that plunged the entire airport into darkness. An eerie silence hovered until the emergency generator kicked in and power was restored.

There were handfuls of people wandering the night in zombie-like trances. I assumed they were aimlessly pushing their luggage carts around the airport to stay awake for the check-in to their early morning flights.

When my flight lifted off out of Phuket, I marveled at my luck. Here I was, heading to Ottawa, and not a Chinese prison. The worst that could happen at this point was that my luggage wouldn’t arrive. And it didn’t. But I did get it four days later, delivered right to the door in Ottawa.

I was sold a ticket I couldn’t use, even though I was ready, able, and willing to fly that day. Asking for the company to pay for the second ticket is my goal now, as it cost a lot more than the original ticket.

This experience reinforced a valuable lesson. Always be cool, calm, and collected, no matter the situation. The locals will help if you show humility and grace. They could easily have let me take the flight to Chongqing, but they didn’t.

The good news is that I’m in Ottawa, not in a Chongqing prison charged with illegal entry into China.

What weird and dangerous experience have you had during your travels? How did you resolve it? What do you think about staying cool, calm, and collected in complicated situations? Please share below!

About Perley-Ann Friedman, The Happy Cat. I now live on Koh Lanta, a small island in southern Thailand. I am enjoying my alternative lifestyle as I ease into retirement. I’m in my 60s, healthy, active, have red hair and totally love cats. I’ve consciously chosen to be positive and to continuously grow as I journey through life. Visit me at http://thehappycat.ca 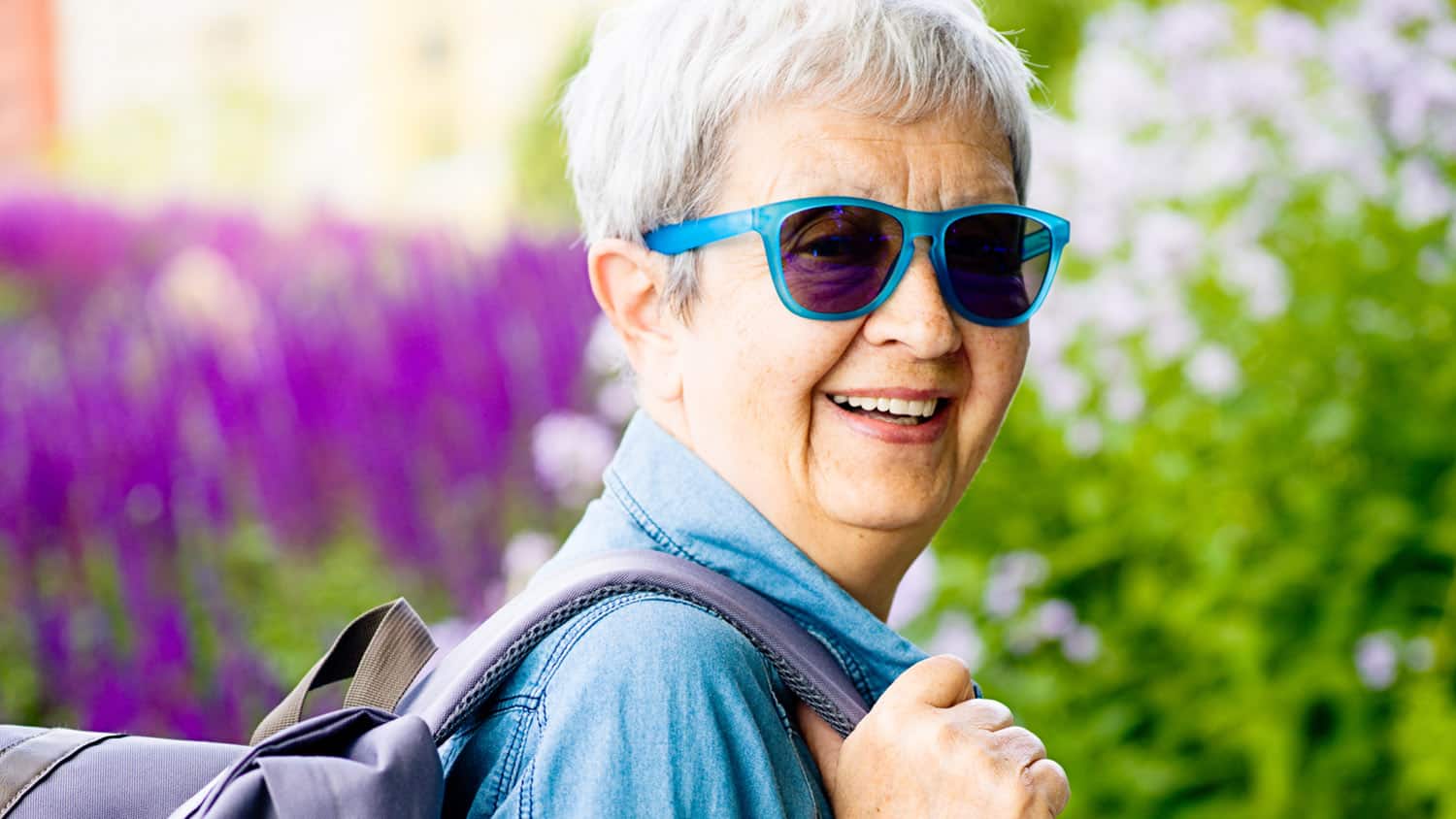 House Sitting in Retirement: Travelling the World, One House at a Time 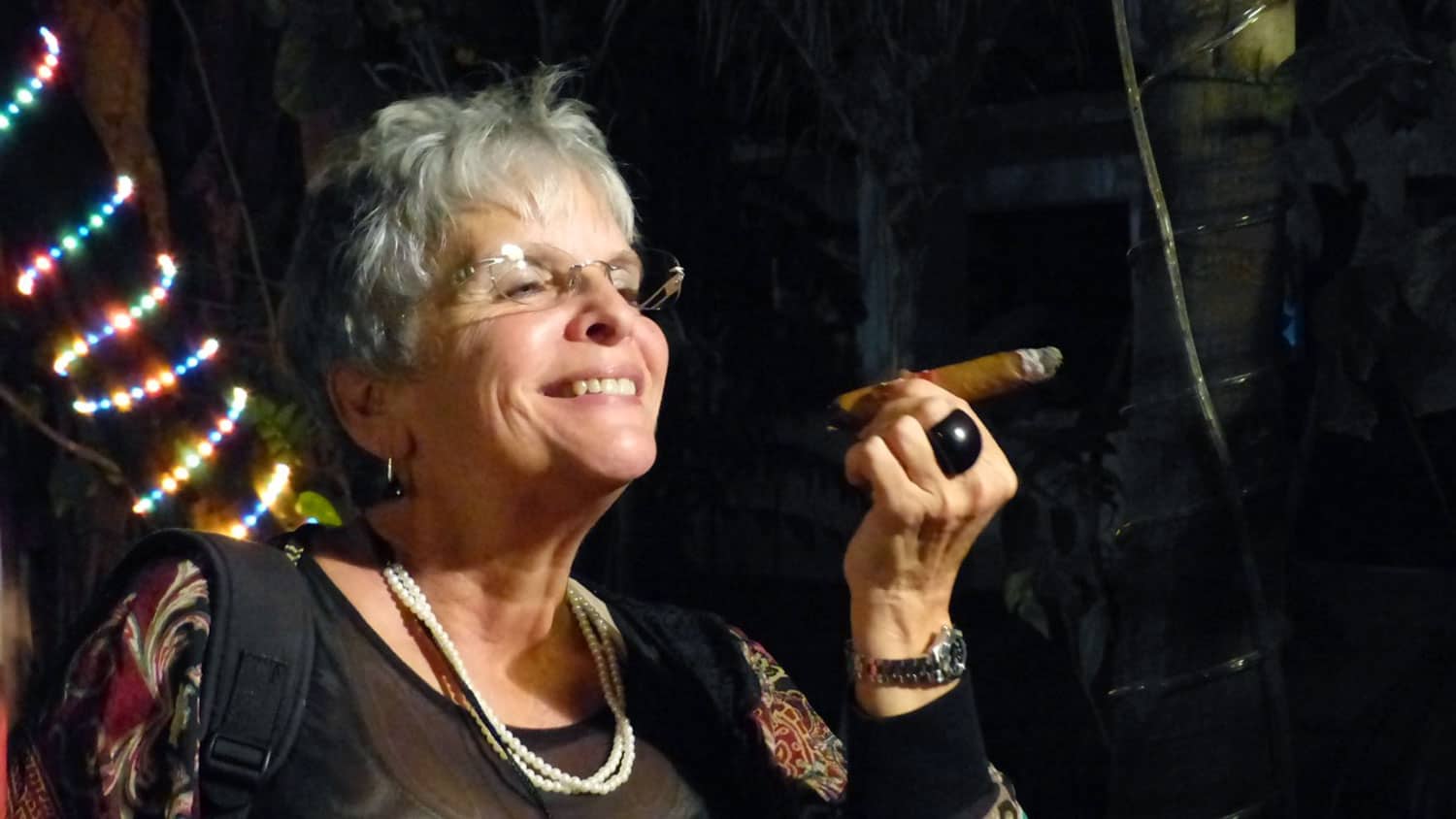