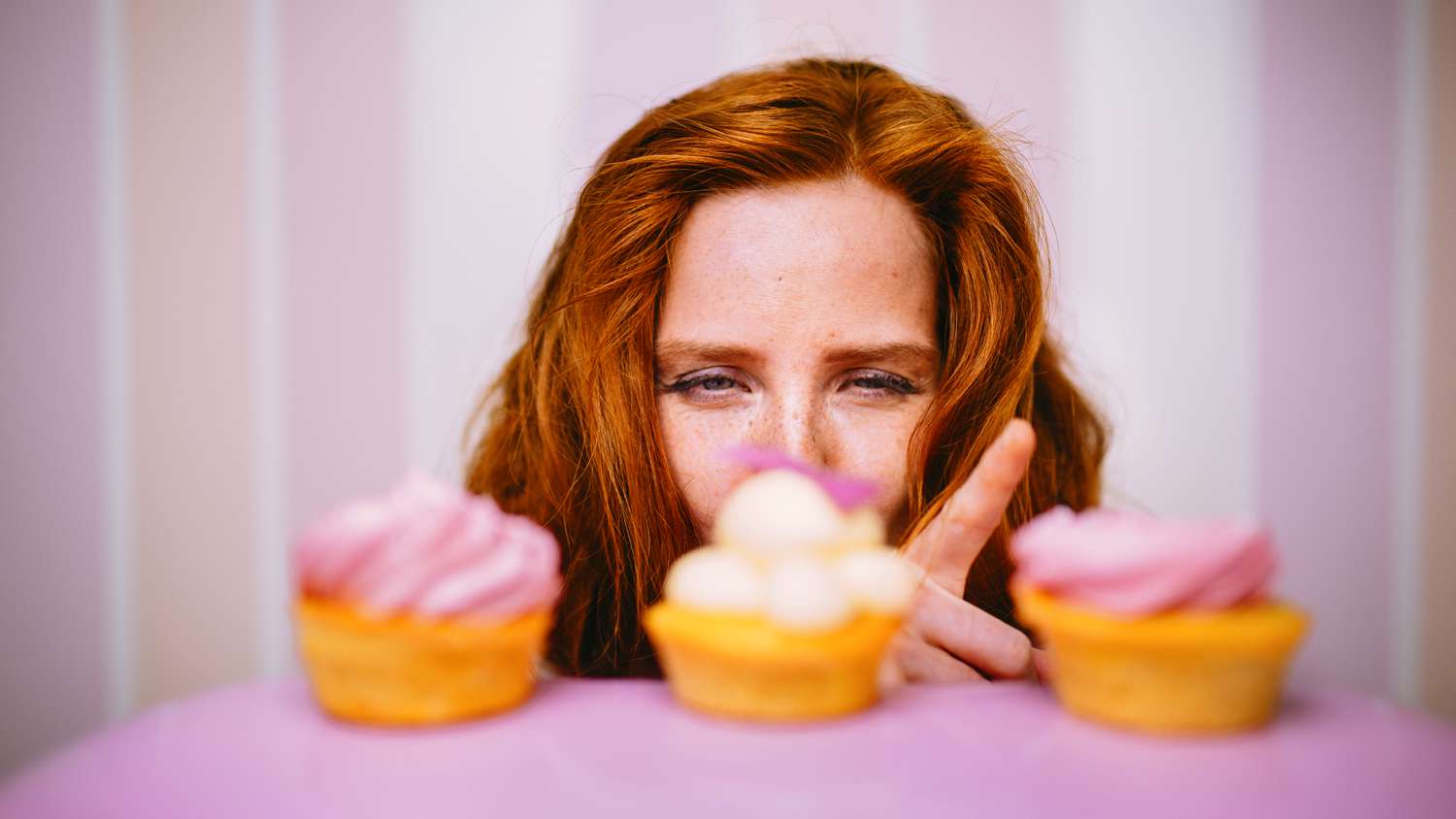 I Have a Confession that Every Older Woman Needs to Hear

These are both great sayings, but they never meant as much to me as they do today. At 69, I have decided it’s time to tell my story.

I confess, I’m a binger and purger. It’s been going on since I was 20. It started when I joined an airline as a flight attendant and we had weight restrictions.

I Never Had a Problem Before

When you’re sitting “on call” for days on end with nothing to do, you end up eating. It’s like when college kids leave home and take up bad eating habits. Within six months, I was put on a scale before a flight and my weight was way up.

My skirt was tight and, when they checked my records, they found that I had signed a paper saying I would not go over a certain weight. Now, I was way over.

The supervisor told me to diet. I had to check in before the next flight with a weight loss or I would be grounded. Then, she told me to try the apple diet. I should eat as many apples as I wanted all day and then take castor oil at night.

This was so beyond my thinking. I had never had a weight problem before and now my job was telling me I was fat.

So, I tried the apple thing and it worked for a few weeks. That said, I could never stick with it. The more I restricted myself, the more I hated it. It was a real shame that no one bothered to suggest joining “weight watchers” then.

It became a vicious circle and then a friend suggested taking ex-lax after a binge. Talk about stupid! But hey, if it worked, I’d try it.

Starting a binge was a strange experience. It’s like it takes over your mental state and you have no control. Once you start, you don’t stop till you fall asleep with a belly ache. You have consumed everything you can find in the house and just don’t stop.

I’ve made some pretty ugly concoctions when I was on a binge. Nothing was safe and I would go to the supermarket and buy as much sweet stuff as I could find. Then, I would go home and eat it all. No-one ever saw me do this! It was always done in secret.

Dieting became a way of life for me and it still didn’t help. Yes, I never got obese, but my hips got chunky and I was always living with the threat of grounding. I was grounded on numerous occasions and still, I kept up my binging. By now, I was hooked on the laxatives.

I say that I was “chunky” because that’s how I saw myself. In reality, I was a size 10 and I’m 5 foot 8 inches. So, looking back, I was definitely not fat.

I got married and everything seemed to calm down. I seemed to be in a happy place, without an airline supervisor whispering in my ear that I was fat. I felt accepted. I got pregnant, twice, and had two amazing sons. Of course, like many women, I gained a lot of weight during each pregnancy, but I lost it afterwards.

While the boys were still very young, I started my habit again. For some reason, I felt out of control and stressed out. This gave me the excuse to go back to my old habits. I remember hiding my eating from my husband and doing it when the kids were napping.

I remember times when I was so sick from overeating that my mother-in-law would come over to help with the kids because I was “sick.” I would get weak and sweaty and couldn’t do anything the day after a binge and purge. Again, no one knew anything about this.

As the years went on, I would gain 30 pounds and lose 30 pounds, over and over again. This was all because of the binging. I went on “weight watchers.” In fact, I tried almost everything. I didn’t realize at the time that I was starting to feel controlled by my husband and I was fighting back.

I couldn’t fight back verbally. He hated arguing and I felt that I wasn’t accepted. This was something he couldn’t tell me “no” about. I didn’t see it then, but I sure did a few years later.

I woke up one morning and realized, I don’t want to be married to this man anymore, and I needed to do something about it.

I had become what I thought he wanted and lost myself in the process. I blame both of us, but mostly, I blame myself. He was a wonderful husband and an amazing father. I simply wasn’t happy being told what I thought was “wrong.”

I saw things differently, but that didn’t make my point of view wrong. The horrible answer was to divorce and move on. It broke our hearts and the kids’. But it was something I had to do in order to be my authentic self. We were just too different.

Once I was on my own, my weight started to even out. I was in control of myself. I went back to flying, but this time I was a bit smarter and very seldom binged.

I met a man who had always accepted me for just who I was. He accepted the good and the bad, but I still had my dark secret.

When he was not home, I would still binge and purge. It wouldn’t happen often, but it happened. The guilt that went along with it was so bad. I hated myself afterward. I canceled things because I felt sick the next day. All this served to put even more pressure on myself.

After a few years, I found myself binging maybe once a year. During this time, my weight would go up and down, but only by 10 pounds or so. I do love to eat.

Age Has Its Benefits

Somewhere around age 55, I sat down and decided that I needed to work on this. I needed to make sure I don’t do it again. I’d been very lucky that my body was not messed up from what I had done, and I wanted to continue to live healthier.

It’s funny how you really do get smarter as you get older; you see things differently and you really realize what is important.

Now, I am in control of my life. In some ways, I always have been. But now I have a partner who will spar with me and listen to me. He may not agree, but I feel heard.

I’m writing this today, because, after 15 years, I went on a binge, a real honest to goodness binge. I couldn’t stop! I ate everything I could find and more.

I slept horribly last night and woke up feeling so guilty. I used my stress as an excuse. So much was happening in the world. I live in Egypt and they recently had the aircraft bombing. My husband is a pilot with Air Egypt and was working at the time. It all got to me and I allowed the stress to take control.

This morning, I had more insights into my situation. Sometimes you can’t be in control. This is true with people and circumstances.

Today, I realized that I’ve never told people about this part of my life. If I’m going to have a blog to help others, I need to be honest with them – and myself!

This is not something I’m proud of, but, at least I’ve finally figured it out. By telling my story, I may not help anyone but myself. Right now, that’s all I want. It just proves that we never stop learning and changing no matter how old we get.

Do you harbor any secrets? Have you come clean with yourself and the people you care about? The time to do it is now. This way, you can live the rest of your life in peace and harmony. I feel like a new person today. I am born again to continue my life and enjoy it. Guilt be gone!

Why do you think that it is so hard for us to admit things about ourselves that we are not proud of? Have you ever shared a secret like this with someone important to you? How did it make you feel? Please join the conversation.

Jayne Ragheb lives in Egypt has been a nurse, flight attendant and mom. It’s attitude, it’s about a mentality, accepting things for what they are and taking life as it come, and laughing at yourself all the way! Jayne is writing about anything that comes her way: good, bad or ugly.

What’s All the Hullabaloo about Mindfulness Meditation? 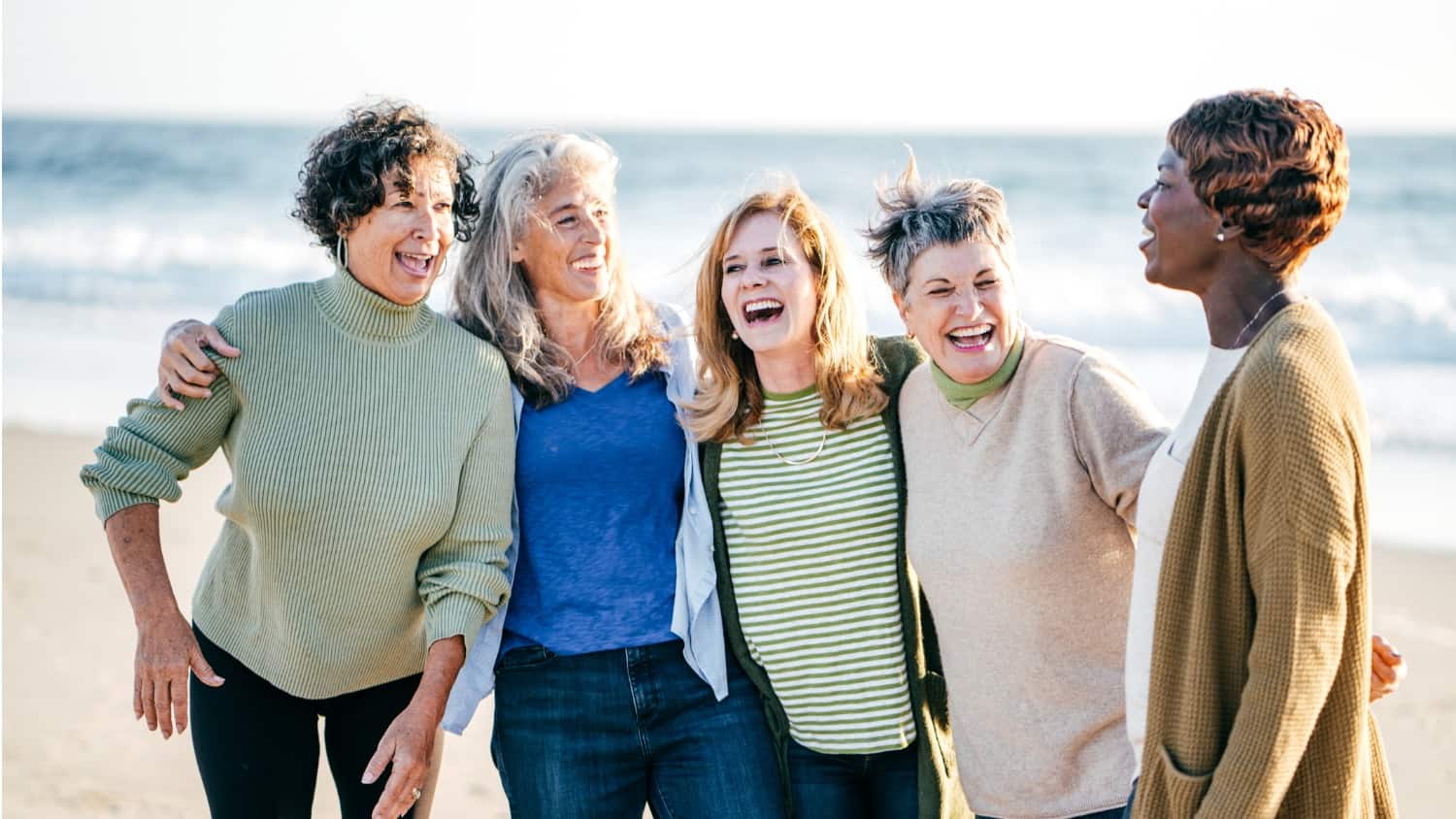