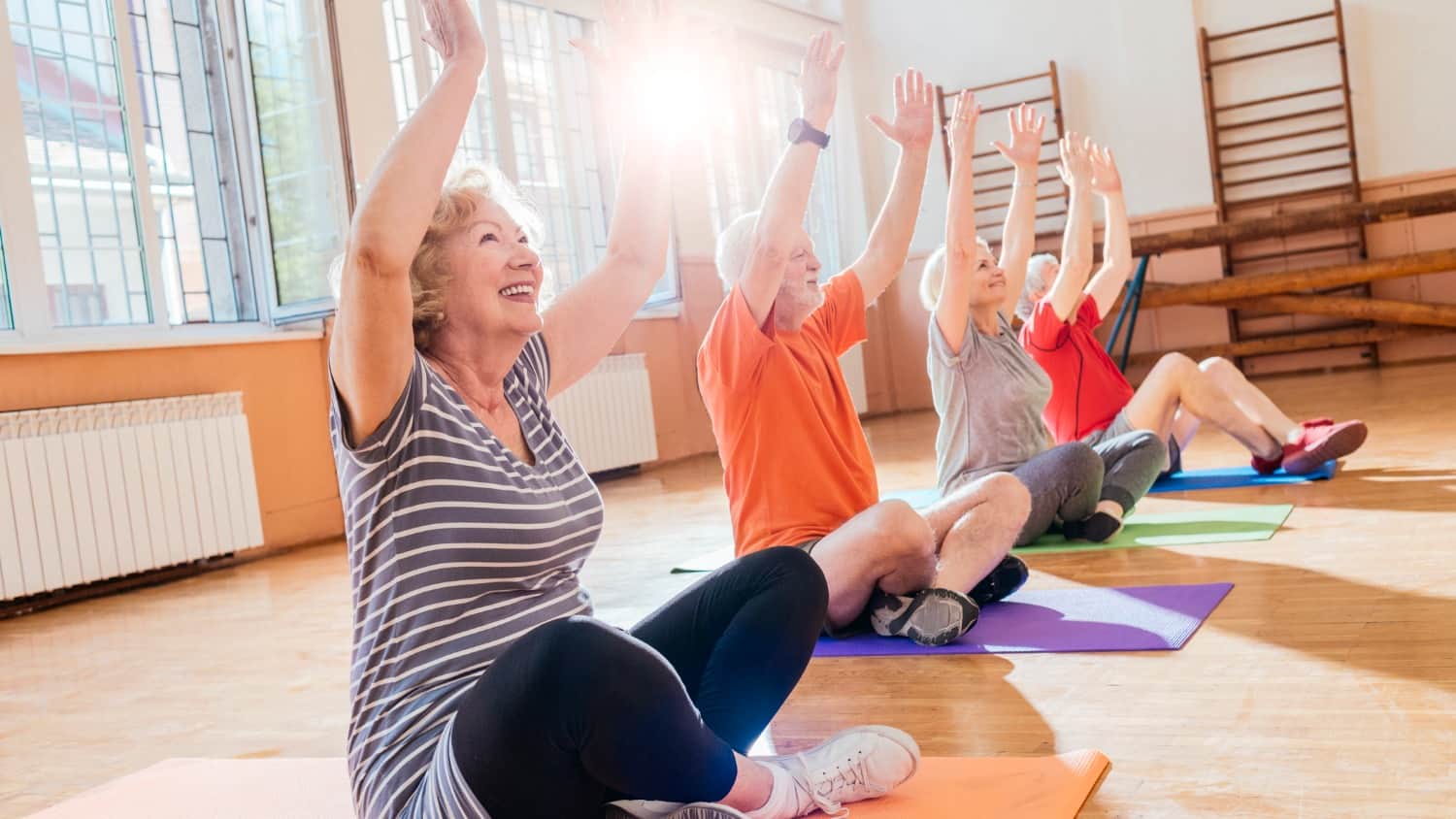 Why Laughter Yoga Is the Best Medicine for Over Sixties

Initially, I was skeptical about Laughter Yoga. But I soon changed my mind. Let me tell you why.

I’ve long been a devotee of traditional yoga and no fan of spin-offs. There’s lots of them, Beer Yoga, Goat Yoga and Laughter Yoga, just to name a few.

Then a dear friend became a Laughter Yoga teacher.

Still reluctant, one day with time on my hands, I took a class. Honestly, it was fun. Then, I did another one. More classes followed, each fuelling my enjoyment.

So perhaps you’re like me, curious about Laughter Yoga but not quite ready to give it a go. Or maybe you’re uncertain about:

More information about this and answers to other questions you might have follows.

The Origins of Laughter Yoga

Laughter Yoga is a fun-filled practice, sort of like faking laughter until you make it.

It was created by doctor Madan Katoria from India in 1995. He was researching the subject of “Laughter is the best medicine.” Madan Katoria and his wife, both yoga practitioners, incorporated laughter with yogic breathing practices and relaxation into their Laughter Yoga classes. Since then, Laughter Yoga has spread worldwide.

What Happens in a Class?

The classes I’ve attended have followed the same basic structure (some with add-ons).

First, the teacher welcomes everyone. Gentle stretching throughout the body follows (the classes can be practised seated) accompanied by a voice warm-up.

Playful laughter and breathing exercises are usually next, which often start with rhythmic clapping and chanting. Clapping is said to stimulate acupressure points in the hands and to encourage bodily energy flow. The breathing exercises stimulate the lungs, assisting with being able to laugh for longer.

The chanting involves deep breathing in the belly, and in my experience, repeating ‘Ho-ho, ha-ha-ha.’ Yes, at first, I did find it a little strange (a bit like imitating Santa) and perhaps not every one’s cup of tea. But once I let go of my self-consciousness and tuned into my playfulness, truly it was fun. And everyone laughs along together, never ever at each other.

Other classes have added (simple) dance type movements. Some groups include light stretching exercises between the bouts of laughter to ease sore bits of body, which can be common in over sixties.

All the classes have finished with a ‘yummy’ relaxation to ground the practices.

The idea that laughter is health-giving is not new. Norman Cousins, for instance, documented his own laughter cure in his book Anatomy of an Illness. Diagnosed with Ankylosing Spondylitis in the mid-1960s, doctors gave him little chance of recovery.

Ankylosing Spondylitis is a painful degenerative condition of the connective tissue. Cousins checked out of hospital and booked into a hotel room where he watched hours of comedy movies (especially the Marx Brothers films) and took large doses of Vitamin C. Much to everyone’s surprise he recovered from his illness.

Partly inspired by Cousins’ recovery, scientists began researching the healing power of laughter. The many benefits include healthy functioning of blood vessels, regulation of stress hormones, and release of endorphins, the natural pain killers. Laughter has also been identified as a low-cost medical treatment.

Let’s face it, in the current time of Covid and other life events, it’s sometimes hard to find things to laugh about. And that’s where a Laughter Yoga class comes into the mix.

Studies also support the idea that Laughter Yoga (and in essence faking laughter) is good medicine. After a while, practising laughing teaches the body to laugh on demand without having to wait for something funny to happen. The deep breathing, movements and laughter bring the body and mind together, creating harmony.

In addition, there’s the social connection and bonding that happens especially (where it’s possible) in meeting up for face-to-face group classes.

Where to Find a Class

You can do Laughter Yoga alone or with a partner or friend. Or join a club, there are thousands of groups across the world. A search online will soon find a class to suit.

Have you tried Laughter Yoga? If so, what did you like about it? Do you still do it? What benefits have you noticed? Please join the conversation and share your experiences.

Kathy Arthurson (PhD), writer, researcher and yoga teacher, is passionate about sharing the benefits of yoga and mindfulness for healthful aging. Her latest book, Yoga Years: True Stories of How Yoga Transforms Aging, provides inspiring true tales and tips for living a happier, healthier and more contented life. You can visit Kathy’s website at https://www.kathyarthursonyoga.com/. 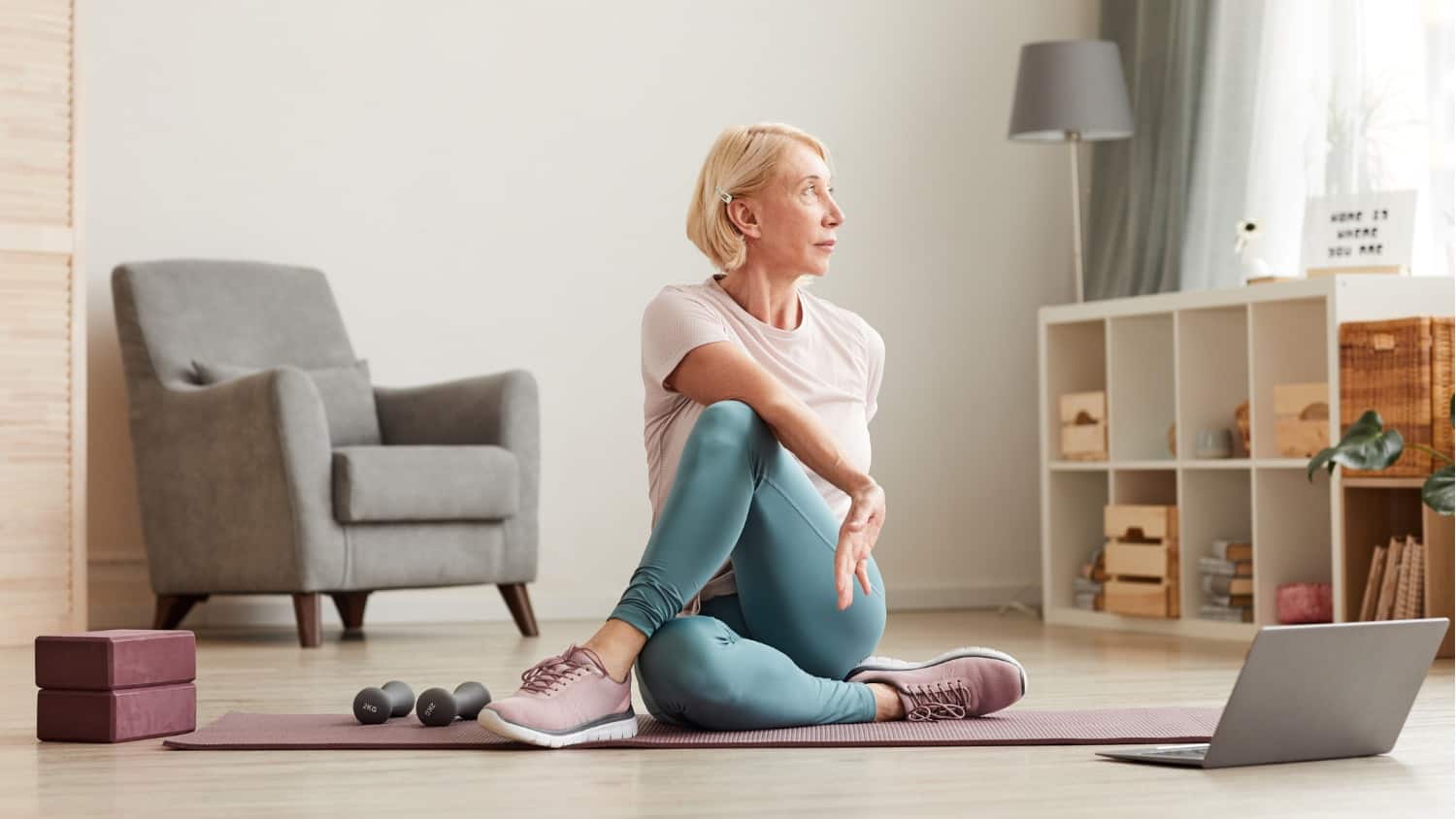 Grief, Yoga, and the Chakras: Yoga for Living with Loss 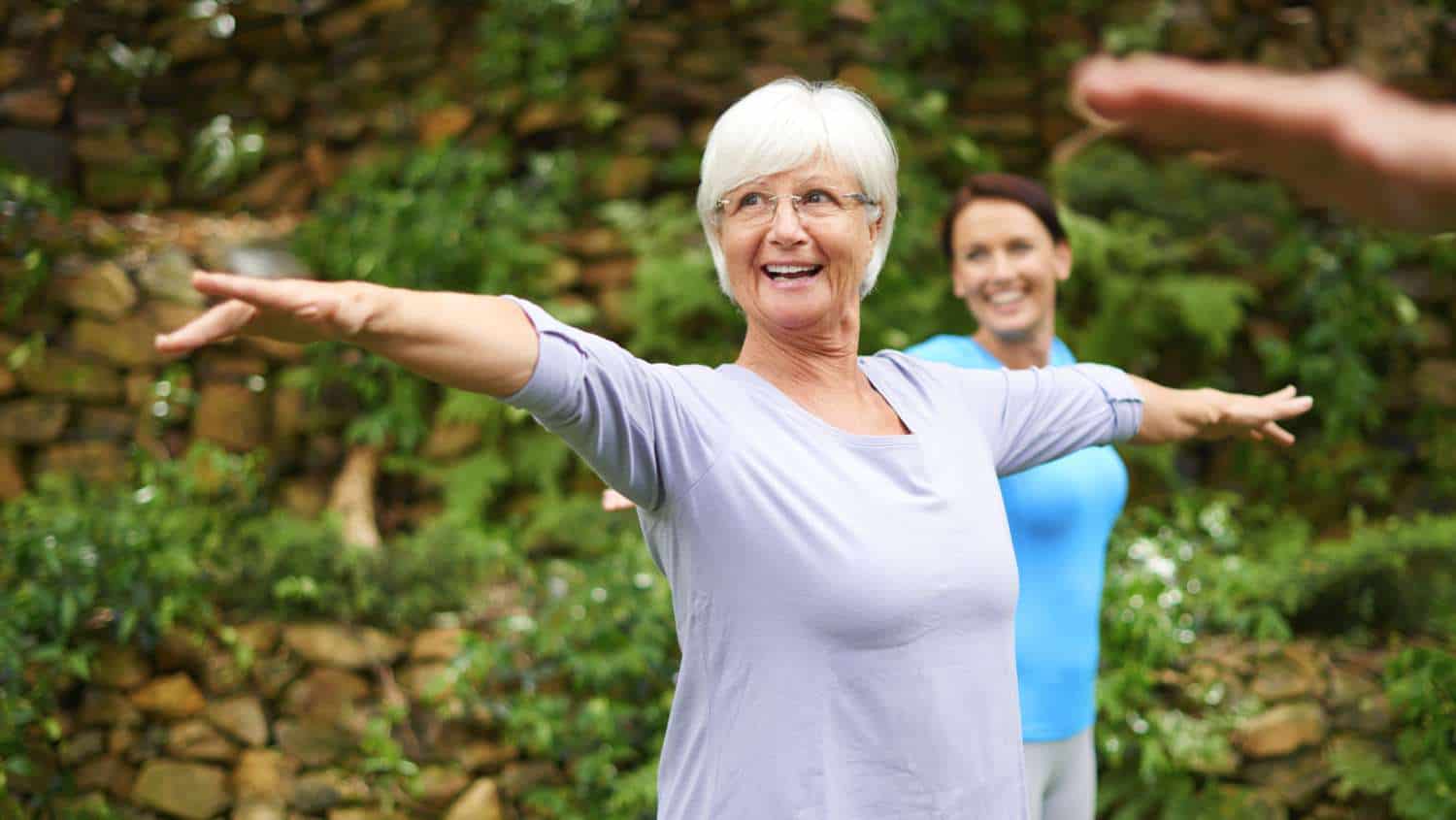 4 Ways to Ease Your Way Into Yoga for Seniors