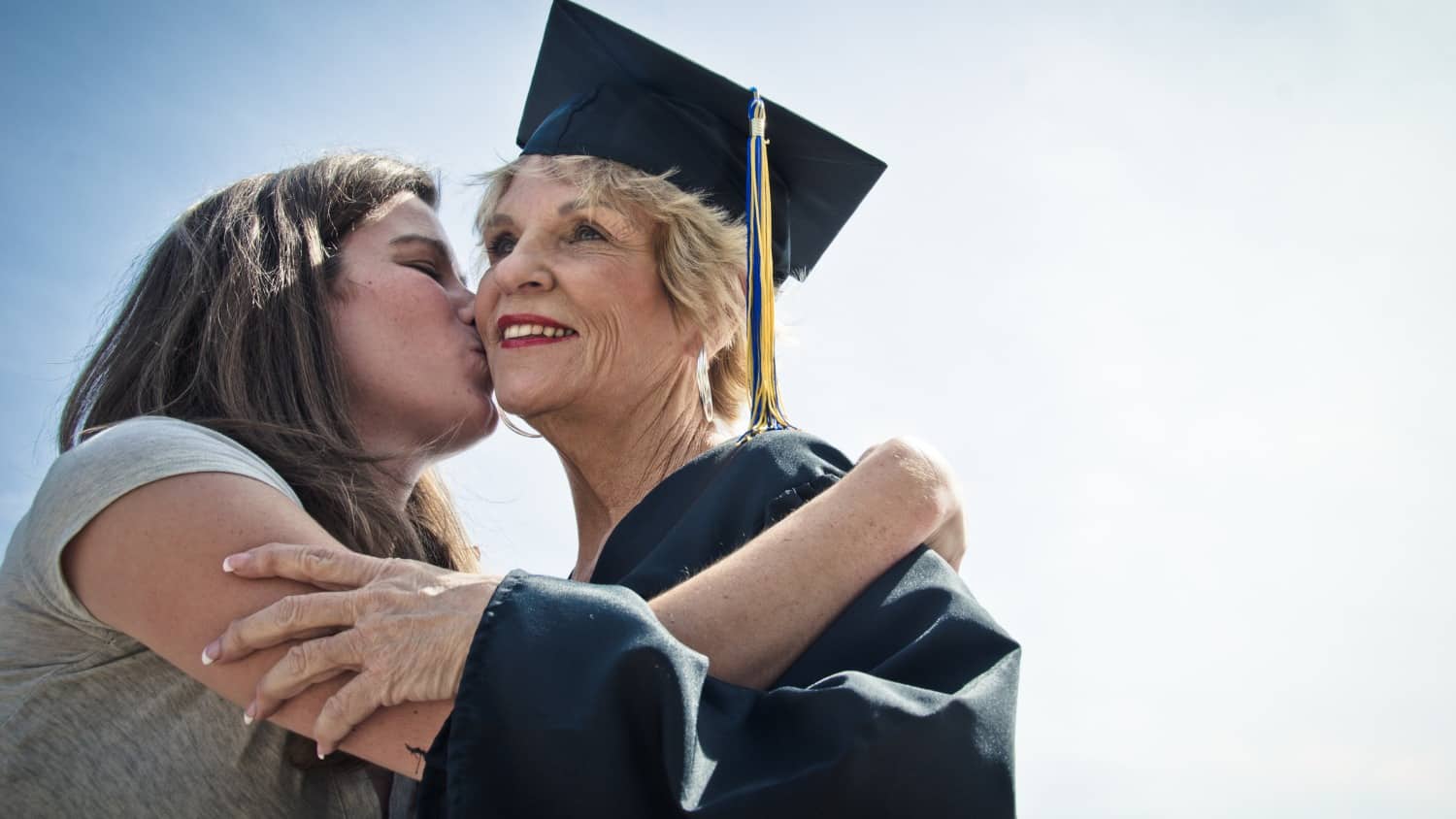 Is Over 60 Too Late to Get Your Master’s Degree?

We all have our “someday” goals, and as the years march on and we close in on the expiration date of someday, we often let those ambitions fade away. So when a friend in her 60s received her master’s degree, I had a lot of questions for her.

Patricia Finnegan was living alone in an apartment she loved, with family heirlooms and panoramic windows overlooking the beautiful surroundings of northern California. Dozens of lifelong friends and family members lived within the state.

Patricia had a car and a decent nest egg earned through the sale two years earlier of Little Bear School, a preschool she’d founded when she was 27 and pregnant with her fourth child.

When Life Makes Us Restless, Having a Passion Brings Hope

But she also had a passion as well as a restlessness. After more than 30 years of observing all the things that shaped children’s behavior, Patricia grew fascinated by behavior origins and neuroscience in general. When you have an itch for a long time, even in your 60s you finally want to scratch it.

Her restlessness, equally hard to ignore, was borne of tragedy. In 2009, Patricia lost her 25-year-old son Milo to complications from a congenital heart defect. Milo’s death was the reason behind Patricia’s decision to sell her preschool.

When Milo was a baby, Patricia left a lucrative job and started the school in her own house in order to stay home with her newborn, so Milo and Little Bear School had always been associated together in her mind. Losing one hurt too much to continue with the other.

How We Choose to Live After Loss Is Important

Grief can work on us in conflicting ways. It’s both paralyzing and motivating. Even though you can barely get out of bed to face another day, you also begin to consider how the person you lost would want you to move on, and stagnation tends to never be the answer.

Patricia didn’t have to think hard about what would come next. She knew she wanted more education, and she didn’t give her age much thought.

Still, the whole concept of pursuing a master’s degree in developmental neuropsychology was daunting for someone whose associate’s degree was in music and who still didn’t have enough credits for a bachelor’s degree.

With her lifetime of varied experiences and her more recent work in the field, Patricia says she was able to write a “killer SOP” (statement of purpose), and soon she had her choice of master’s programs at several universities. She decided she wanted an adventure.

“Grad school was an opportunity to live somewhere else,” Patricia says. “So I didn’t apply anywhere in California.” When she received acceptance into Columbia University’s developmental psychology department, housed in its iconic Teachers College, she grabbed the opportunity.

On to Grad School After 60

Suddenly Patricia was downsizing just like other people her age, but more drastically and not for the typical reasons. She sold, discarded or gave away just about everything. By the time she arrived in New York City in 2017, she owned neither a car nor a single piece of furniture.

While Teachers College covered tuition for the first semester and part of the second, the remaining tuition and living expenses whittled down Patricia’s savings. She decided to claim her Social Security at the earliest possible age, 62, even though that meant relinquishing a higher payout if she’d waited.

To supplement that income, she found jobs as a nanny. Still, she ended up taking out a loan to finish her last semester.

“I could tell that some people who’d known me my whole life thought this was crazy,” Patricia recalls. “It’s not a completely sane thing to do, to move away from family and friends who love you.” Those left behind included four grandchildren and Patricia’s mother, who died not long after Patricia left, which added a painful aspect to the saga.

One to Inspire the Coming Generations

Today, with her impressive new credential in her repertoire, Patricia is happy she made such a big change in her life.

Her grandchildren are getting old enough to want to travel to the Big Apple to spend time with such an awesome grandma, and Patricia feels that she is inspiring people decades younger, only in their 40s, who have told her they thought they were already too old to return to school.

“Seeing someone like me do this and make a cross-country move as if it’s the most natural thing in the world has helped a number of people I’m aware of,” Patricia reports. When they finish raising their children and perhaps can afford to take a sabbatical from a full-time job, they may think of Patricia and go for their next challenge.

Plans for the Future

At 66, Patricia hopes to find work researching, writing and lecturing about neurodiversity, specifically as it relates to behavior in children with autism and autistic traits. She plans to stay in New York City for a few years – and then move to Paris!

That’s just another dream she’s had, so she’s brushing up on French. And she hasn’t ruled out pursuing her PhD. But she’s now able to look back with more peace, and she’s not scared of looking ahead and growing older.

“I miss my past identities, and I miss my California apartment,” Patricia says. “I still can’t believe I’m not that person who runs Little Bear School. But for better or worse, I’m now in academia, and academics tend to work late into their lives. The study of autism and neural development in children is in its infancy, and I feel so lucky that I get to work on it at this stage. Why would I stop now?”

Are you content with your current life? Have you always had a passion or a dream that you wanted to fulfill but never got the chance to pursue? Would you give your dream a go after 60? Do you envision any hurdles along the way? Have others commented you are too old to pursue your dream? Please share your story with the community!

Lately I’ve been thinking of going back to school. I learned that people who turned 60 and over get FREE tuition fees in California and other states. I just turned 66 and I was asking myself if it’s too late for me to go back to school. I have an A.S. Degree in Graphic Design and would like to get a Master’s Degree in Nutrition. I’m asking myself what would be my mission in life? I want to educate and help diabetic people like me reverse this disease. Get healed in a holistic approach without using drugs but by having a healthy diet and a lifestyle. Anyway, thank you for sharing your testimony. You gave me an inspiration that some dreams are never too late.

This story is just what I needed to hear! I am 61 and pursuing a masters in IO Psychology. I am currently working as a finance analyst and have always dreamed of a psychology career, Now I know that I’m not alone as a person over 60 pursuing higher education.

I really needed to read this. I am 67 years old and seriously considering pursuing my Masters degree in Education. I’m retired but feel that I have much more to contribute to the profession. Congratulations to Patricia!

Go for it, Abbye! You can think about turning 70 with your degree or without it. Which do you choose? The learning process itself is valuable, and after you have the degree you may find new work that’s the most rewarding of your life. Education burns out so many – you could fill a void.

I’m weeks away from turning 60. I’m considering pursuing an MA or MS in education. I’ve been teaching and raising children my entire life. I’m currently a 1st grade TA at a private school. An illness derailed my teaching career and I’m now healthy with a passion to make a difference.

You’re 10 years younger than I am, Renee, so to me you’re pretty young! Go for it! 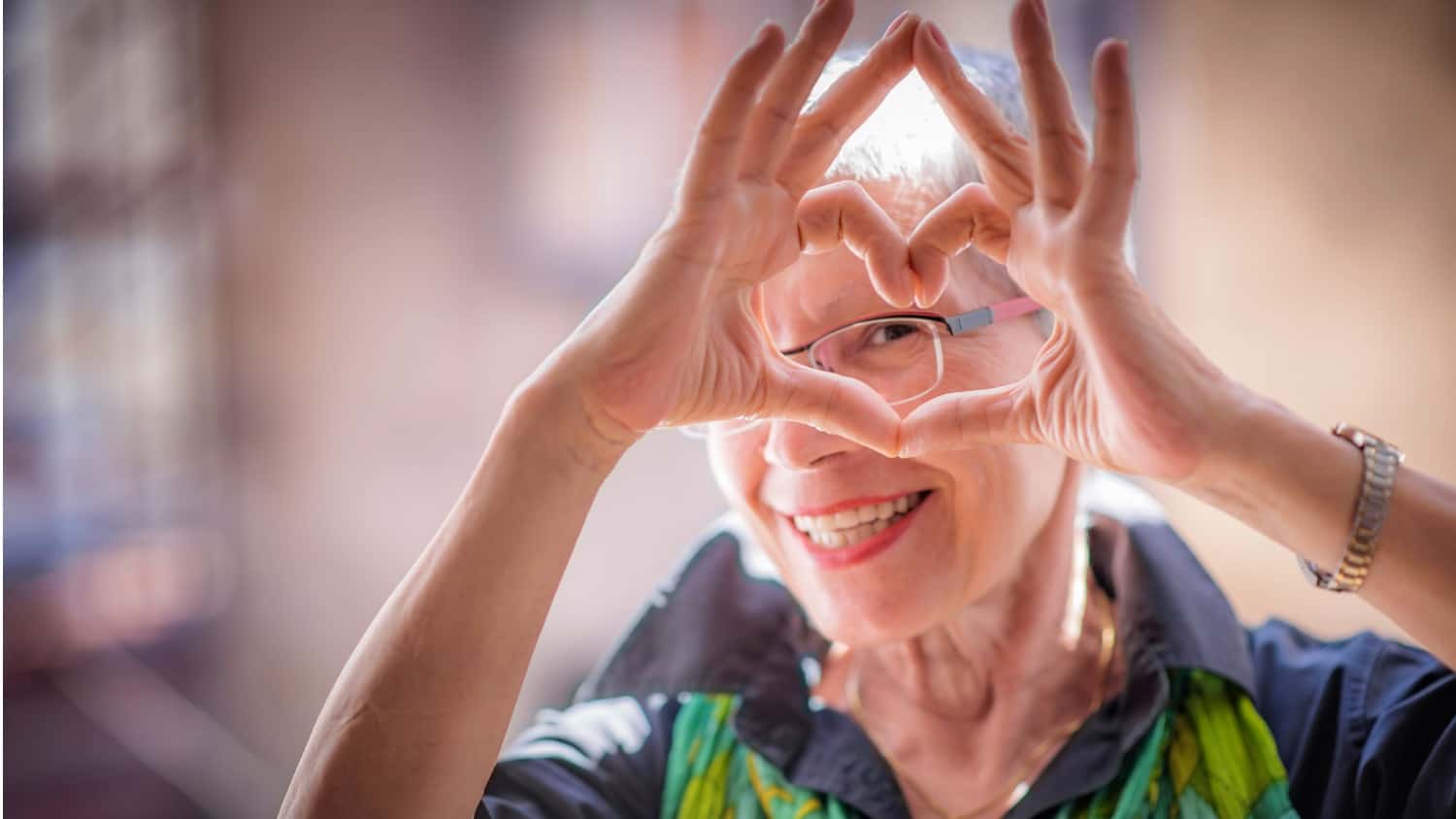 Self-Compassion and The Art of Success 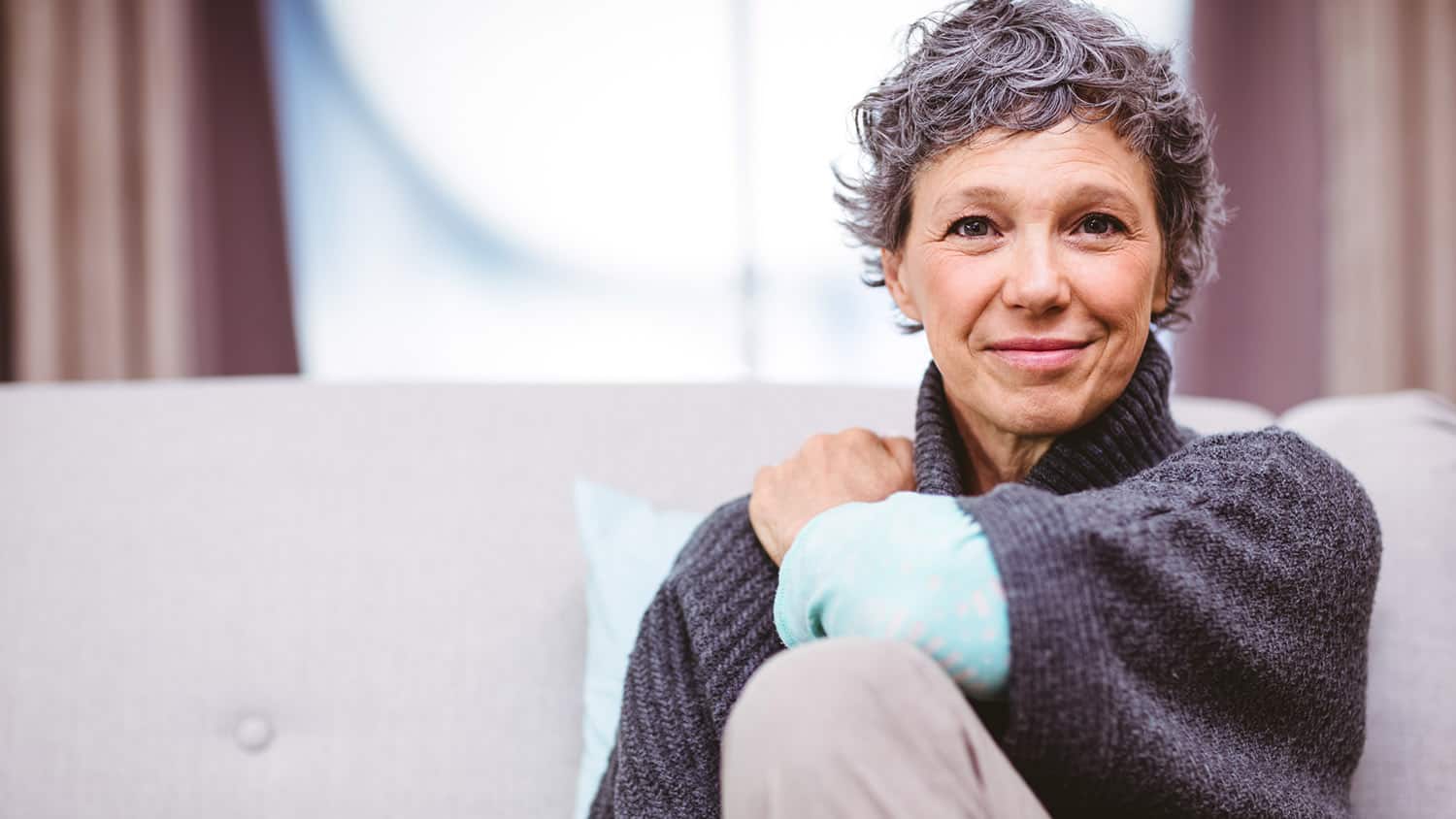 Hygge is More than Just a Cozy Home! Get More from this Wonderful Concept After 60