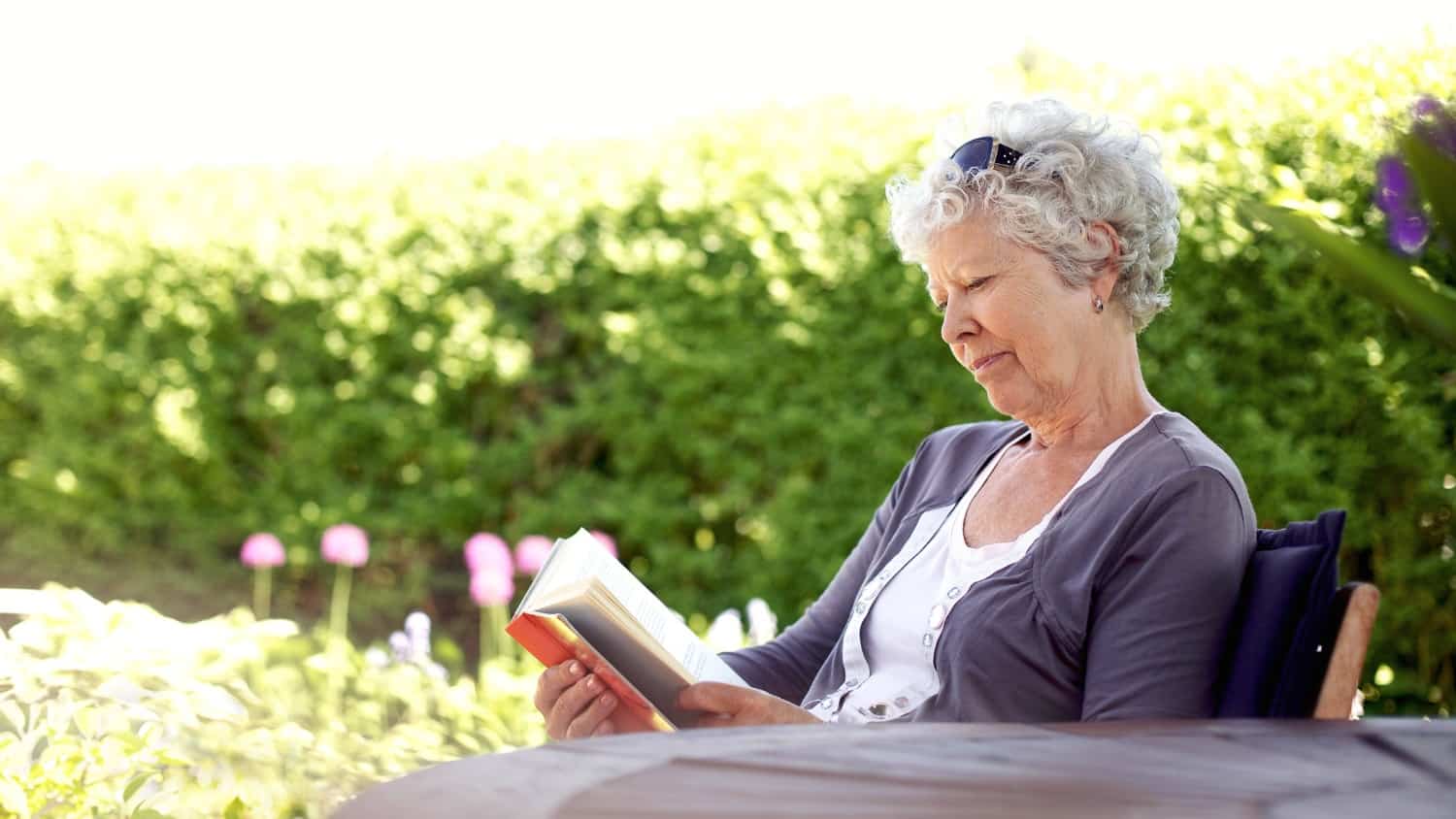 I think we are living in a fascinating time where scientific research is helping humans understand aging better than ever before. Whether you choose to do anything with your newfound knowledge, I assure you that you have a very good chance of feeling good about understanding the aging process a little bit better.

Journalist James Nestor covered a story on free divers and became fascinated by their breathing technique. As he investigated the benefits of breathing practices, he was met by the paradox that pulmonologists, for the most part, are not particular with how one intakes air. Their job is centered around what happens in the lungs.

Nestor started researching the healthful benefits of paying attention to HOW we breathe. As a result, he was taken on a personal journey, as well as a research journey, into the rich history and new science around breathing.

The book reads in part like a novel and in part like a travelogue (and only a little bit like a research paper). Recent scientific advances show us the benefits of nose breathing while Nestor explains the history of mankind forgetting what they knew about breath during ancient times.

We can benefit from his well-written book, which explains how breathing is a forgotten preventative practice for chronic conditions rather than acute illness. He concludes that breathing is a key input alongside diet and exercise as preventative medicine for healthy aging.

Lifespan by David A. Sinclair, Ph.D.

Even the subtitle is interesting: The revolutionary science of why we age – and why we don’t have to.

A Harvard Professor, Sinclair has spent 30 years searching for truths about human biology. He is a professor in the Department of Genetics and the co-director of the Paul F. Glenn Center for Biological Mechanisms of Aging.

Sinclair is one of the most cited researchers in his field and is cofounder of the journal Aging. He describes his research at a level of detail that may have you speed reading through a few chapters, but it is worth the effort.

He tries to provide practical suggestions for public policy as well as detailing his personal “what I do” list. In Lifespan, he has identified the diet, exercise, and supplement routine that works for him. But he honestly shares that it is not a proven recipe, it is his researcher’s best guess.

In the end, you may discover a couple of new ideas, but for the most part, the book underlines the importance of the healthy lifestyle choices we already know about.

The End of Alzheimer’s by Dale Bredesen

The tag line for this book is “The first programme to prevent and reverse the cognitive decline of dementia.”

Bredesen begins the book by telling us that Alzheimer’s is not the result of the brain doing something it is not supposed to do, like cancer. Instead, it arises from an intrinsic and healthy downsizing program for your brain’s extensive synaptic network.

Essentially, it is a program that has run amok. Alzheimer’s is the result of otherwise normal brain housekeeping gone haywire.

His book is not a scientific research paper but rather a step by step manual for preventing and reversing cognitive decline from Alzheimer’s or precursors. Bredesen does distinguish between three types of Alzheimer’s and explains them each with some scientific detail, but you can skip the detail if you choose.

His suggestions for blood work are extensive. He lists 36 metabolic factors affecting your future and details his proven regime to rebalance them. It is fascinating to read although the amount of information can be a bit overwhelming.

Dr. Mosconi is an Alzheimer’s researcher and advocate for women having access to information regarding what is going on in their bodies and brains. She gives women a roadmap for the path to optimal, lifelong bone health.

Her book outlines strategies to enhance mental acuity, memory, and cognitive skills as well as to reduce the risk of Alzheimer’s specifically in women. She also addresses common post-menopausal issues such as depression, anxiety, stress, and insomnia along with hormonal imbalances, diabetes, obesity ,and heart disease.

Mosconi is taking on a huge spectrum of issues and suggesting that we get some key diagnostics and then take charge of our brain health and minimize risks. She states that when she started working in the field of Alzheimer’s research she never thought she would be researching hormonal change.

A great part of the book discusses the impact of menopause and hormone changes on the brain. The good news is that she is not laser focused on estrogen replacement as “the” answer. Her suggested list of diagnostic tests and solutions is long and takes a good deal of patience to read through.

By page 149, she turns her attention to food, stress, and exercise. The suggestions are consistent with other researchers! In the end, her lifestyle suggestions are similar to the other books. I think it is a good book that has much in common with Breseden and Sinclair’s work.

Why We Sleep by Matthew Walker

Almost everyone really does need 7 to 8 hours of sleep. “That older adults simply need less sleep is a myth. Older adults appear to need just as much sleep as they do in midlife, but are simply less able to generate that still necessary sleep.” (p.95)

Sleeping is when we restock the “armory” of our immune system. It helps fight malignancy and prevents infection. Walker points out that “it means that elderly individuals fail to connect their deterioration in health with their deterioration in sleep, despite casual links between the two having been known to scientists for many decades.” (p.96)

Reduce exposure to blue light, particularly at night. Sleep in a cool room (65 degrees). Limit alcohol. Take naps if you can, but not after 3pm.

I enjoyed this book. Walker tends to use dramatic claims such as lack of sleep over a lifetime contributes to Alzheimer’s. He does not have scientific studies to support his claim, merely anecdotal evidence. But, he does get our attention!

What I Did After Reading These Books

I realized that I already have a breathing technique. I actually found that it is my superpower on the tennis court. If I find myself winded, I concentrate on nose breathing, and I come back to normal much faster than ever before!

For me personally, I am no longer worried about the random hand of fate delivering up Alzheimer’s to me. I changed my gut health and my nutrition when I was diagnosed with osteoporosis, and I feel as though eating for health is similar whatever the condition one is working on reversing. Also, I started supplementing with vitamin B and Omega 3’s.

As I was reading The XX Brain, I carefully went through chapter 6 with my own General Practitioner. I feel at ease about my health and my plans to age gracefully. I did not decide on brain imaging because all the signs are good. But I would have done it if we had noticed any red flags.

Matthew Walker’s book may have had the biggest impact on me because menopause came with a lot of sleep difficulties. I have gotten quite serious about sleep hygiene, and I am sleeping much better now!

Are you happy with your breathing? Have you thought about improving your technique? What are you planning to change in your lifestyle to make it healthier? Have you had sleep issues since menopause? How did you solve them? Please share with our community! Also, if you have your own nonfiction recommendations, please list them below!

Sarah Purcell is a mother, wife, yogi, Pilates teacher, business woman, and lifelong learner. Sarah's journey through menopause has guided her to support women across the globe with healthy and empowered aging.

4 Memoirs to Wrap Up for Others – or Yourself 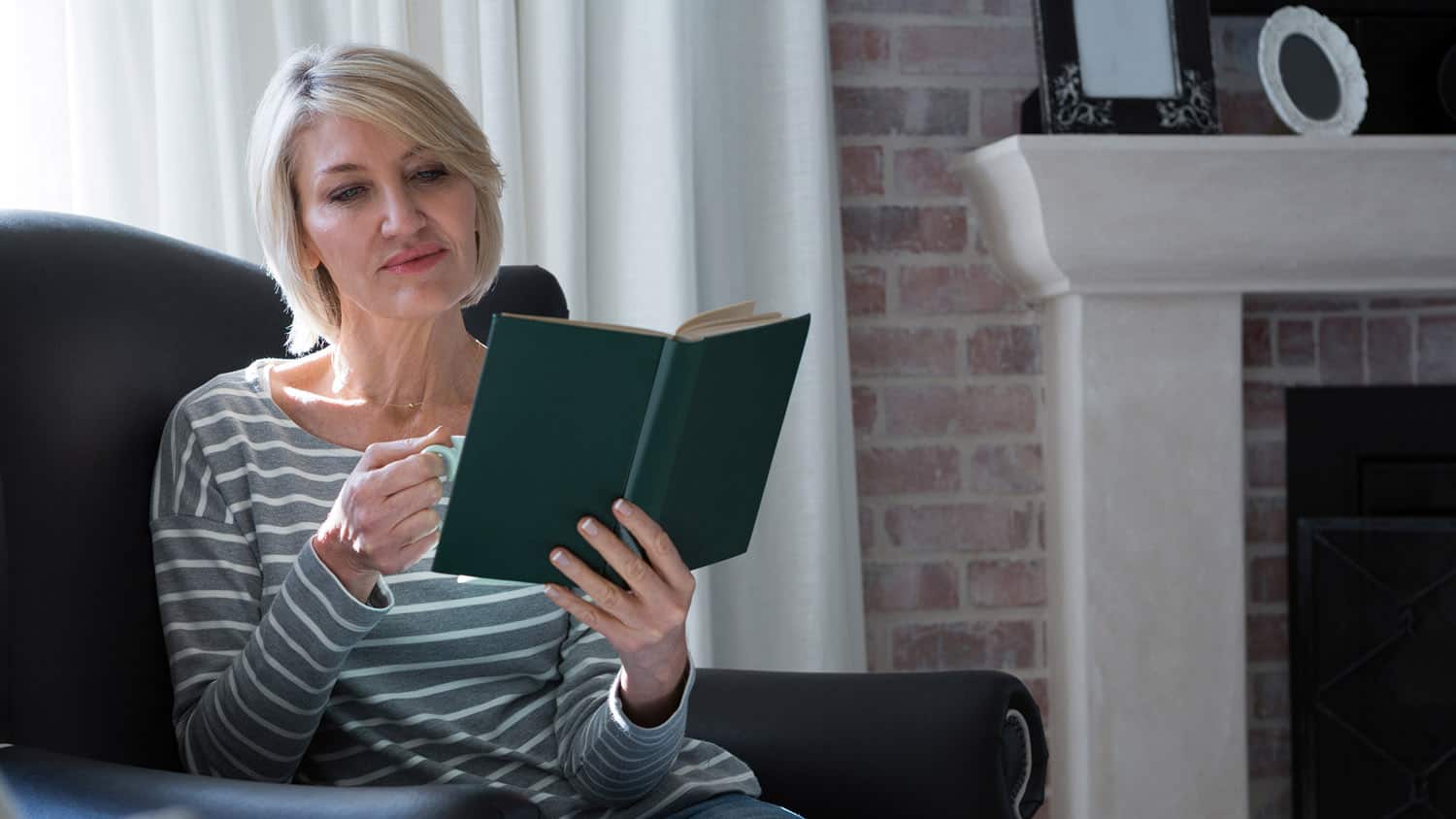 Book of the Week: The Dinner List – A Menu of Life, Love, Loss, Family and Regrets