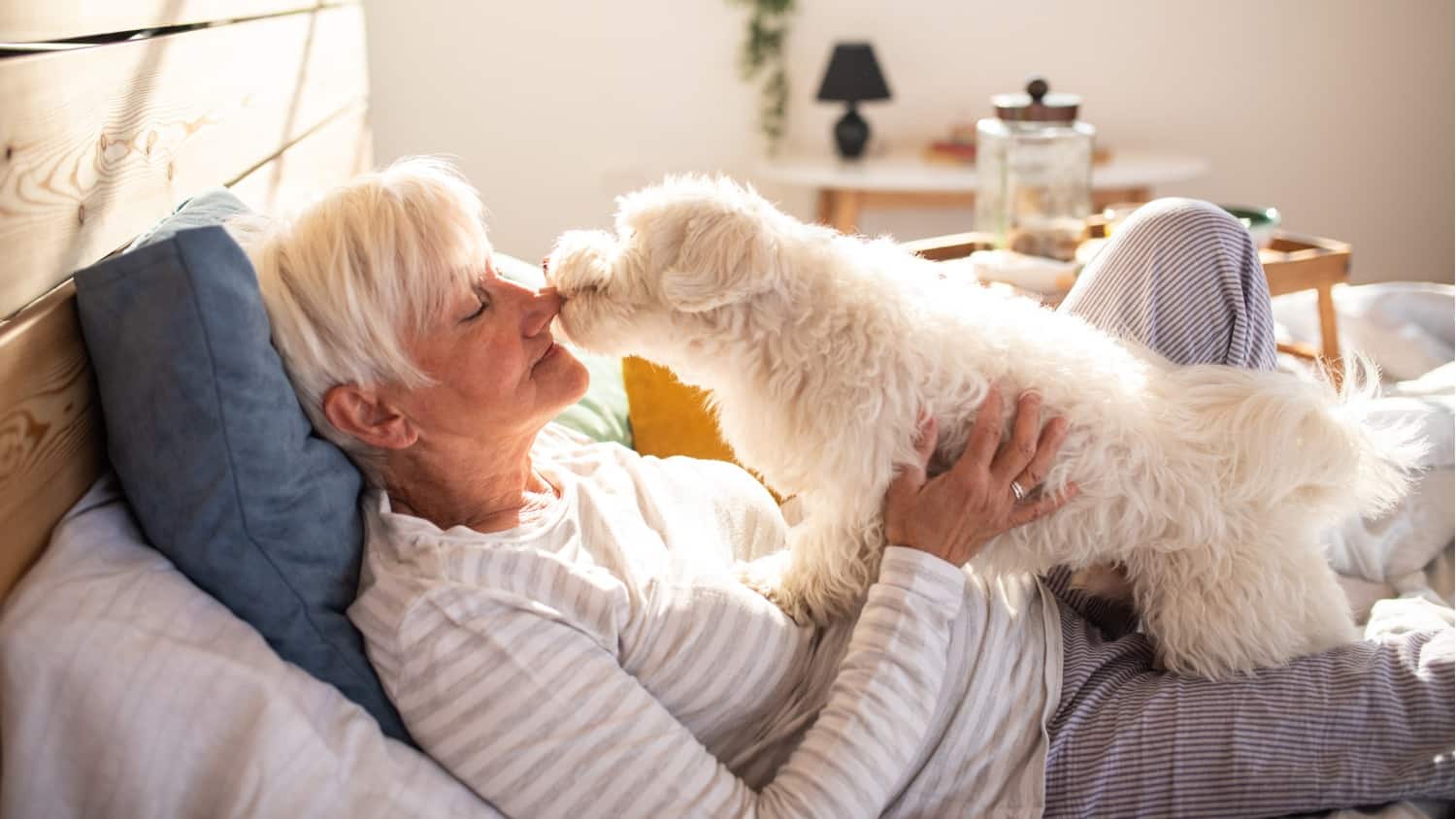 Kismet is lying on my feet. Since the pandemic, that is her favorite place to be while I write. My study is the warmest room in the house, and for most of her 10 years of life my companion Border Collie has spent the daylight hours sleeping on the soft rug under my large desk under the window where my mostly unused 27-inch iMac resides.

I prefer my laptop or tablet for writing, so I am sitting at a small table crowded with reference materials, a lamp, headphones, my iPhone, and a cup of coffee. Once I settle into my chair, Kismet sits on my feet. Nothing too strange there. It’s kind of sweet and keeps my feet warm.

What is strange – and new since the pandemic – is that whenever I rise from my desk, instead of settling under the big desk while I stretch my legs, she follows me wherever I go. She follows me to the sink while I wash the dishes, to the garage while I load clothes into the washing machine.

She stands and stares at me while I make the bed. If I don’t return to the study within 10 minutes or so, she goes there herself, and stands in the middle of the room barking, demanding that I return.

At first, I thought she was acting like a muse, encouraging me to write. But now I believe she simply feels safer curled up beside me as I tap the keys in search of the perfect scene.

In the last six months we have gone from buddies who saw each other mostly in the mornings and late at night to being the closest of friends, together now 24 hours a day. And the more we are together, the less Kismet wants to be alone. I supposed that following me from place to place was triggered by our new routine, and it turns out that research supports this.

In Search of Consistency

Dogs of the Border Collie breed like a consistent schedule, and they need a lot of exercise. We have always gone out in the morning after I feed her, but my schedule has relaxed a bit since I’m not racing out the door to work.

If I start clearing away the detritus of the previous day and forget to pour out her feed, she will stand by her bowl and bark. Once she eats, she goes straight to the front door and waits for me to come and open it.

She used to wait patiently by the door until I came. But now, if I don’t move fast enough, she barks until I come over and snap on her leash. An hour later, she’s back at the door again, barking to go on another walk.

It’s as if she’s trying to get our old routine back. I used to leave for work after our walk. Perhaps if we go for another walk, I will leave, she is thinking, and the old world, the one she understood and felt safe with, will return.

I found myself feeling pressured into behaving in ways that brought Kismet comfort and made her feel safe. That meant I was writing more but neglecting my chores. Sitting too long in one position, writing beyond cognitive overload.

Then Kismet began running to the front door and barking several times a morning. Sometimes she announced the arrival of a package, but mostly it was a dog and its human walking down the street.

She started barking at my colleagues during Zoom calls. As soon as someone began to speak, Kismet would bark repeatedly. It got so bad that the administrator would remind me to mute my mike as soon as I joined the group. I began wearing headphones so she couldn’t hear the other participants. But then when I joined a conversation, she’d bark again.

Finally, I turned to the Internet to see if I was the only one experiencing these new and annoying behaviors.

It turns out that Pandemic Pet Behavior is a thing. As early as April 2020, journalist Michael Waters, writing for Vox, reported clingy dogs, cats “pouncing on exercise equipment, gliding across countertops or hiding in corners and shooting their owners concerned stares.”

Waters consulted Dr. Leanne Lilly, assistant professor of veterinary behavioral medicine at Ohio State University. She suggested that by being at home 24/7 owners had increased the number of interactions a day taking place between owners and their pets.

Because so many people are bored from being contained in their homes all day, they began walking their dogs more often, just like me. The increase in foot traffic outside my home was triggering Kismet’s alarm reflex, leading her to bark at every little noise. Including the voices coming over my screen when I was on a Zoom call.

Dr. Lilly explained Kismet’s clingy behavior too. Pets, she said, just like children, can sense our moods and our psychological well-being. Fabricio Carballo, an animal cognition researcher at the University of El Salvador, published a paper in January reporting that dogs experience higher levels of anxiety when their owners are experiencing stress.

Combining that with a disruption of typical schedules and the increase in togetherness caused by sheltering in place may result in what veterinary researchers call displacement behaviors. Those can include licking, biting, whining, barking and – I suspect – hovering – when there seems no reason for those behaviors.

In August, Maura Judkis, a reporter for the Washington Post, described Miles, a small mixed-breed dog, who in April began barking at anyone wearing a mask. Miles’ human had worked closely with him when he was first adopted and understood how to deal with troublesome behavioral issues.

With the help of two friends, she conditioned her pet to accept the masks on these familiar people, and eventually he ignored mask-wearing strangers when they went on walks.

Tracy Krulik, a dog trainer and behaviorist in Northern Virginia, suggests the use of conditioning to extinguish other troublesome displacement behaviors. She’s working with Daniel Mills, a veterinary behaviorist and professor at the University of Lincoln in the UK, to study the long- term effects of the pandemic on dog behavior – particularly whether it creates separation anxiety in dogs that didn’t have it before.

Meanwhile she encourages people to get out of the house more, to help their animals get used to their absences in small doses. “If people can’t go back to work,” Krulik says, “go sit under a tree, go in your car, just get out of your house.”

The most important lesson I learned from reading the findings of these animal behaviorists, is that Kismet is no weirder than the other pets reeling from these confusing times. And there are solutions.

I have started keeping a bowl of treats on my crowded worktable. When Kismet barks, I now command her to sit and lie down. When she settles, I give her a treat. It’s a small thing, but it’s a start.

How are your pets behaving since the pandemic started? Are you seeing these displacement behaviors? Let’s swap stories! 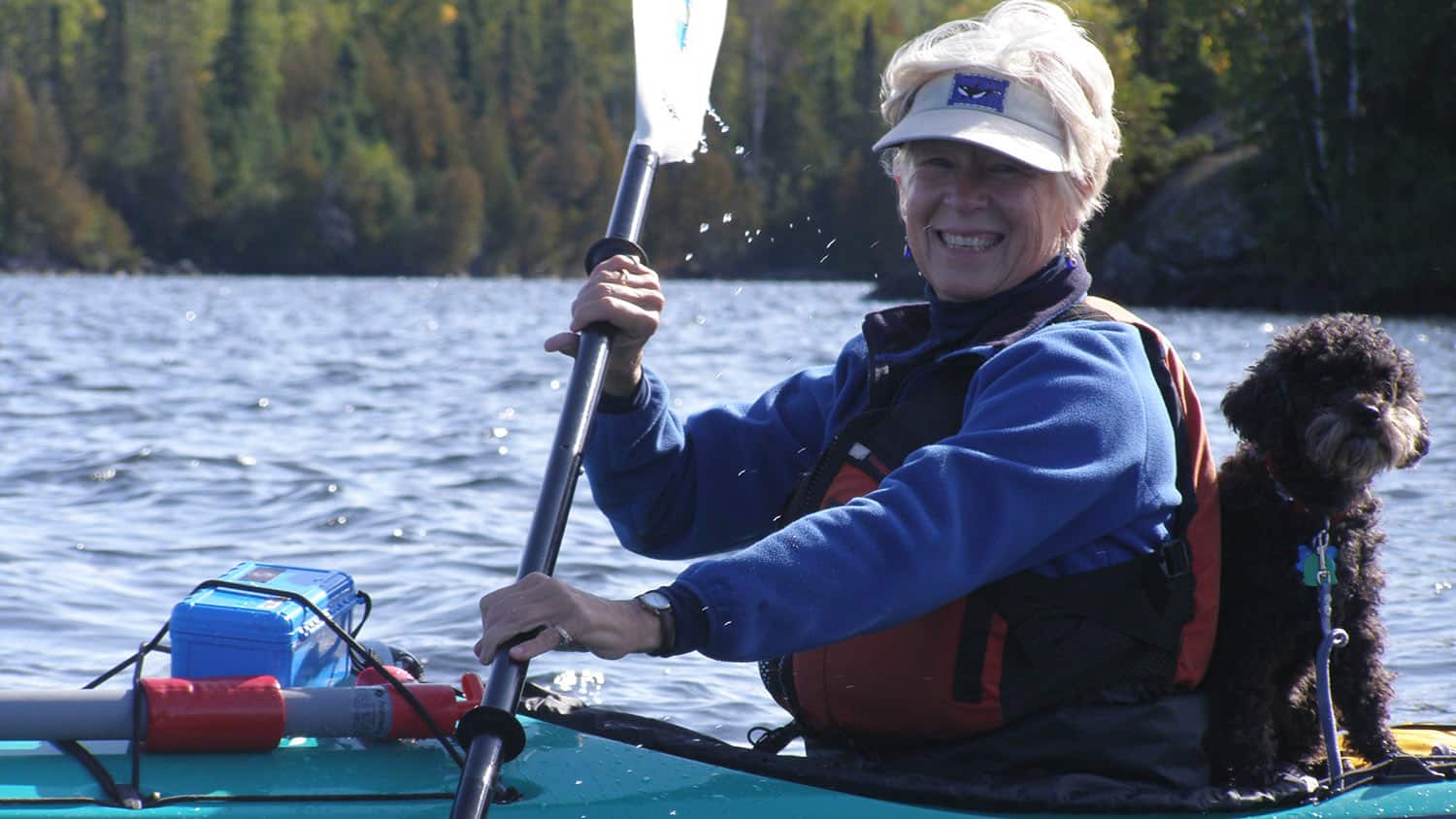 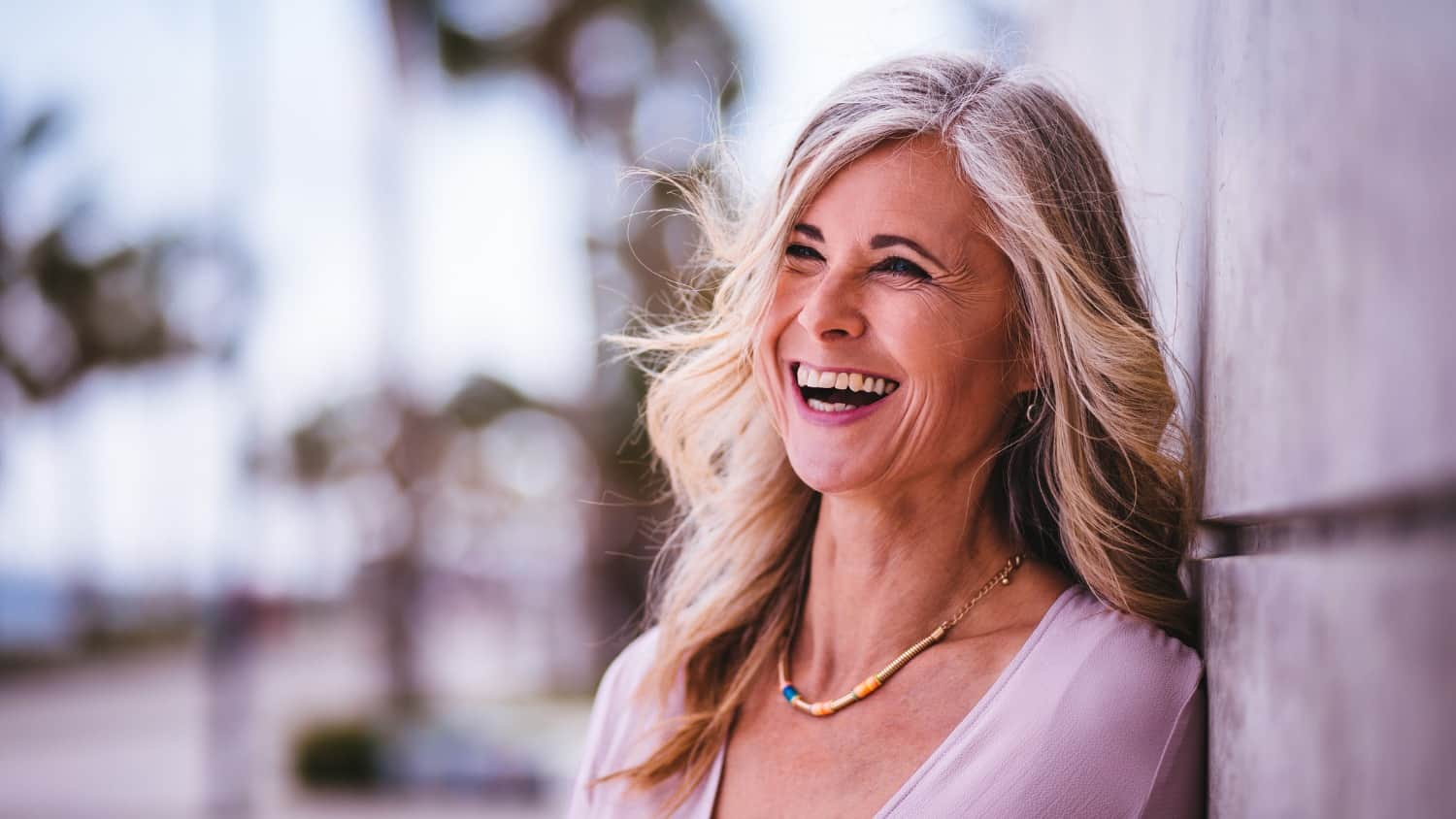 Step Up to the Plate of Your Own Expectations