Cleaning out an apartment or house is a stressful process, regardless of the reason. It’s not much fun sorting through possessions when you’re moving or renovating.

But, if you’re doing it because a loved one has passed away or moved to assisted living, you also have to deal with the psychological and emotional baggage that accompanies the actual cleaning up.

A friend of mine is a minimalist. Her apartment always looks as if it was just cleaned. She does her reading on a Kindle, hence, no actual books are ever strewn anywhere. She has a few plants and some wall decorations but very little stuff.

As much as I like this approach, it’s really not me, and I’m guessing I’m not the only pack rat out there. But this fall, my apartment is getting a fresh coat of paint, and so I’ve had to box up assorted items from the living room.

I can’t tell you how many boxes of books I have packed. I keep thinking, “Do I really need to keep a copy of every book I have ever edited?” After all, some of them are related to taxes and the tax laws have changed!

What about the novels from my favorite authors? Should I keep all my Robert Ludlum, John Irving and Larry McMurtry novels, even though I haven’t read them in years?

What about that basket filled with first issues of various magazines? They’re probably not even worth much since they’re not in mint condition.

And the newspapers that I saved after the Challenge disaster, 9/11 and various other memorable and tragic events? I suppose if I had unfolded them and placed them in plastic, then someone might want them. But they’re now yellowed with torn edges so I’m putting them in the recycling bin.

But I’m determined not to add to the clutter again when the painters leave. I may not be ready to donate all my books or get rid of the Barbie dolls or the Beanie babies in the closet… but I’m taking small steps and it feels pretty good.

If you’re a pack rat, I encourage you to do the same. Here are some tips you may find useful in your own decluttering journey.

I have many cloth tote bags, mostly from publisher giveaways. They’re pretty durable, but I end up using the same ones most of the time. I found about 20 extras sitting in my closet and promptly took them over to the local senior center. They’re good to carry groceries, and I know people will use them.

Several containers of miscellaneous hair and skin products were sitting in my daughter’s bathroom. She hasn’t lived at home for several years, so I asked whether she cared if I threw them out.

Her response: “If they’ve been there for this long, just toss ‘em!” I saved a sealed package of make-up brushes but threw out lots of old, dried up items. Now the bathroom looks transformed.

Behind a file box of current financial documents, I found another large file that I’d never opened. I looked inside and found statements from banks no longer in business, pay stubs from jobs I’d had 20 years ago, and utility bills from an apartment I’d lived in 30 years ago.

I shredded every one of these papers, pretty certain that no one would need them for anything.

Tip #4: Get Rid of Things You Never Really Liked

I keep various baskets around my living room, most of them holding some of the accumulation of things that don’t otherwise fit on shelves or in drawers. But I’d actually hidden a set of them behind a stack of books. I’ve had these baskets for years, but I didn’t like them, hence their hiding spot.

I was tempted to put them in the trash, but one of my doormen said he wanted them. The next day, he said they were a big hit. I guess one person’s trash is truly someone else’s treasure.

No one in my family has been in school for a very long time, but I still had file cards, packages of pencils and pens, composition notebooks, file folders and other school supplies.

Fortunately, I had options for donating them – a friend’s office was collecting items for a local school and the borough courthouse was holding a “back to school” event. I happily gave away all the school supplies.

What’s Next for Me

I’m not sure what room or part of my apartment I’ll be cleaning next, but I know that I’m not ready to tackle the items that I took from my parents’ house.

I might start on making digital copies of my daughter’s school art projects and of all photos from the last 20+ years. But throwing out and donating things feels surprisingly good.

Also, I’ve thought of ideas that will help me get rid of some other unwanted items:

How do you feel about decluttering by choice, rather than necessity? Would you be willing to decide what possessions to keep rather than leave closets full of stuff for your family to sort through? Have you found ways to donate things that you no longer need or want? Please share your decluttering journey in the comments below. 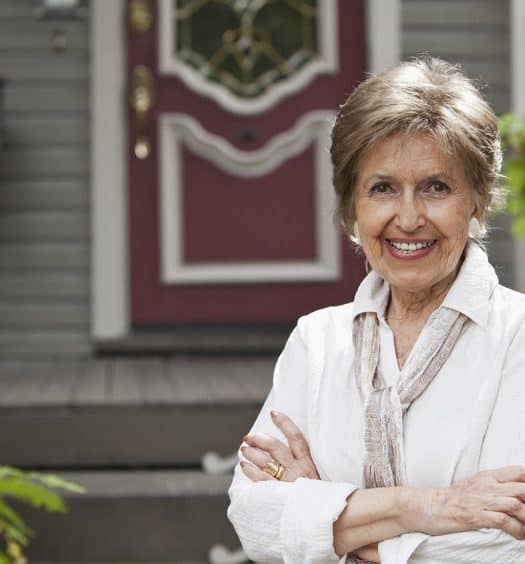 7 Ways to Simplify Your Life While Saving the Environment

22 Tips for Cleaning Out Your Closet After 60 – Downsizing the Tried and Tr...