What Causes Obesity – And What Doesn’t

The New York Times published an article recently about the causes of obesity. I must admit, I was reluctant to read the article, and I can safely say this is probably the first thing I’ve read in the mainstream media in some time that actually spoke truthfully about obesity origins.

We see the disease in our offices and clinic on a day-to-day basis, and the majority of reporting on the subject of what causes obesity bears little resemblance to the disease and generally has two main characteristics that are completely off-base – blame the patient and sensationalist anecdotes.

Precious little reporting in any publication has laid bare the severe consequences of obesity – shortened life expectancies, more cancer, amputations and heart attacks for our loved ones. And even less reporting has helped inform about the environmental causes of this now worldwide disease.

The Truth About Obesity

The truth about the obesity epidemic is far more complex, as this article describes. We know that obesity is a heterogeneous disease, meaning there are many different paths to obesity. There are at least hundreds, if not thousands, of specific genetic mutations that predispose us to obesity.

Focusing on these mutations in many ways misses the larger point, however: obesity is an environmental disease.

There have been profound changes in our environment and food supply that have occurred in the last 75 years, precisely correlating with the explosion of obesity during this tiny sliver of humankind’s history.

These changes in food and environment are responsible for a disease that has become the #1 cause of early death in just the last 75 years, after roughly 100,000 years of stable, tiny, incremental changes in body weight among homo sapiens.

Instead of thinking about people with obesity as personally responsible for their own plight, think more broadly about a whole population of fish out of water. As these fish, we were never biologically prepared for the obesogenic environment in which we now find ourselves.

Our own belief is that changes in the environment center mostly, but not exclusively, around the changes in food supply or what we call the substrate for energy use of the body. Other environmental changes undoubtedly include widespread use of pharmaceuticals including antibiotics and other medications that are known to cause weight gain.

Further environmental effects may also contribute, including reductions of physical exercise in our work and social lives. The combination of recent factors has hit the population hard, resulting in a massive increase in both obesity and type two diabetes, the most closely linked disease of obesity.

Blaming the individuals for this environmental change is not only wrong, it has been very counterproductive toward finding solutions. People, on the whole, are no more industrious or lazy, motivated or careless, than they have always been.

But in these recent years, the food substrate has been increasingly manipulated to maximize a brain chemistry response that leads to increased consumption of certain food types. Economics of food have further shaped food purchasing choices and tilted us toward carbohydrate-dense, processed substrate.

Changes in the genomes of nearly every staple crop have improved crop yields, processing success and characteristics like mouth feel, but with unmeasured side effects on the body’s metabolism of the ingested final product.

Ubiquitous antibiotics that cause huge weight gain in livestock are now found in everything from drinking water to soil in tiny quantities, causing authors to question the impact these and other pharmaceutical molecules are having on human physiology and body weight homeostasis.

What Can We Do?

Should we personally strive for, and encourage among our kids and patients, a lifestyle that emphasizes exercise and healthy eating of vegetables and lowered carbs? Of course we should. But is this a strategy for tackling an epidemic that is the root cause for 1 in 5 deaths of Americans over 40? Not a chance.

If you remain skeptical that blaming the patient is not a completely terrible strategy, consider that as a peer-reviewed medical treatment strategy for a deadly disease, blaming individuals and telling people to eat less and exercise more, encouraging them with coaching and programs, or shaming them to change specific behaviors has been uniformly unsuccessful.

Worse still, if it remains difficult for you to let go of invoking “personal responsibility” as a focal point for solving a deadly pandemic, take a moment to consider the dramatic rise in obesity among infants and children.

It is in no one’s interest to preside over a burgeoning childhood obesity epidemic, so it is more important than ever that we focus on the root causes of the problem in the environment and work toward prevention.

Yes, this means messy policy discussions about agriculture, food science, unwise pharmaceutical use plus a whole lot more research on the fundamental biochemistry of obesity. But it is a start.

What do you think causes obesity? Do you think obese people are personally responsible for their condition?

This is the first article I have read about this topic that I agree with 100%. The solution is going to have to be a political solution. Our food sources are manipulated and unhealthy. Some years ago, i was travelling and was unhappy that I had just paid $2.99 for a half pint of blueberries. I turned on the tv, and a local restaurant was advertising a breakfast for $1.99: toast, potatoes, and a huge pile of pancakes which would be topped no doubt with maple flavored corn syrup. These types of foods ate subsidized and lead to obesity and diabetes. While I have kept my weight down, after becoming large in middle age, I have the advantages of a middle class income that allows me choices. Our society is set up to make us obese. It will take a culture-wide solution.

As I recall, in the 60’s my only encounter with nutrition was during a 7th grade Home Ec cooking class. No info at all through high school or college, as I was focused on a career path curriculum that did not include Home Ec. I didn’t take an interest in nutrition until I was in my 40’s when Smoothies & Organic became popular. Also, when health food stores began springing up in town. Baby Boomers across the USA probably had similar experiences. Now, I do all organic gardening year round, as we have a greenhouse and a tunnel greenhouse. That has kept us health conscious, juicing & making smoothies as well as eating fresh fruit & salad greens daily. I wish I had that knowledge 50 yrs ago!

Telling people to eat less & exercise more has NOT been uniformly unsuccessful. Well, not in Australia. There is a weight problem here, but to a lesser extent, & sport/outdoor activities are vigorously promoted by government authorities.
I was in the US on holiday a while back & could not believe how HUGE the meals are. Maybe if portions were reduced, & people didn’t eat such big amounts, this would help. Another culprit is the food court at shopping centres. A social hub, with food always available. These weren’t around when I was a kid. People meet, grab a coffee & donuts, or fried food, sit down & chat.
Who said ‘ you are what you eat’? You can avoid the sugars if you really want!!

I began a career in education in 1969. For many years, I saw practically no obese or overweight children. By the time I retired 43 years later, fully 1/3 of children in each classroom were obese/overweight. I saw three major causes of this trend in children. First and foremost were the the ultra processed foods that their parents purchase. The food industry knows how to make these foods impossible to resist or eat moderately. Second is the rise of video games which make it more exciting to stay home than get outside. Third is the fact that both parents have to work to make ends meet and parents don’t want their children playing outside when they aren’t home. I hadn’t considered the over use of antibiotics that now have pervaded our soil, water, and food supply. Scary thought.

Yes, the food industry is always looking for ways to increase production at the expense of nutrition for many products on the grocery shelves, yet we as consumers still have Choices on what we put in our grocery carts and then into our bodies. Personal responsibility and self restraint are set aside in this country all too often for the sake of Quick and Easy.

A Shively
Reply to  Terri

I appreciate the points made in the article, I think there is a stance between smugness (having the time, money, energy to make good choices doesn’t make you intrinsically more virtuous), and enabling. If you are a working parent in a low paid job how do you buy and prepare healthy food for your kids? How is it possible to live a healthy lifestyle with more time and leisure to be healthy, when the US has such a punitive healthcare system? True that a lot of the solutions are political, not personal, but both are indicated.

My Cancer Journey: 10 Weeks in, Here’s What I’ve Learned 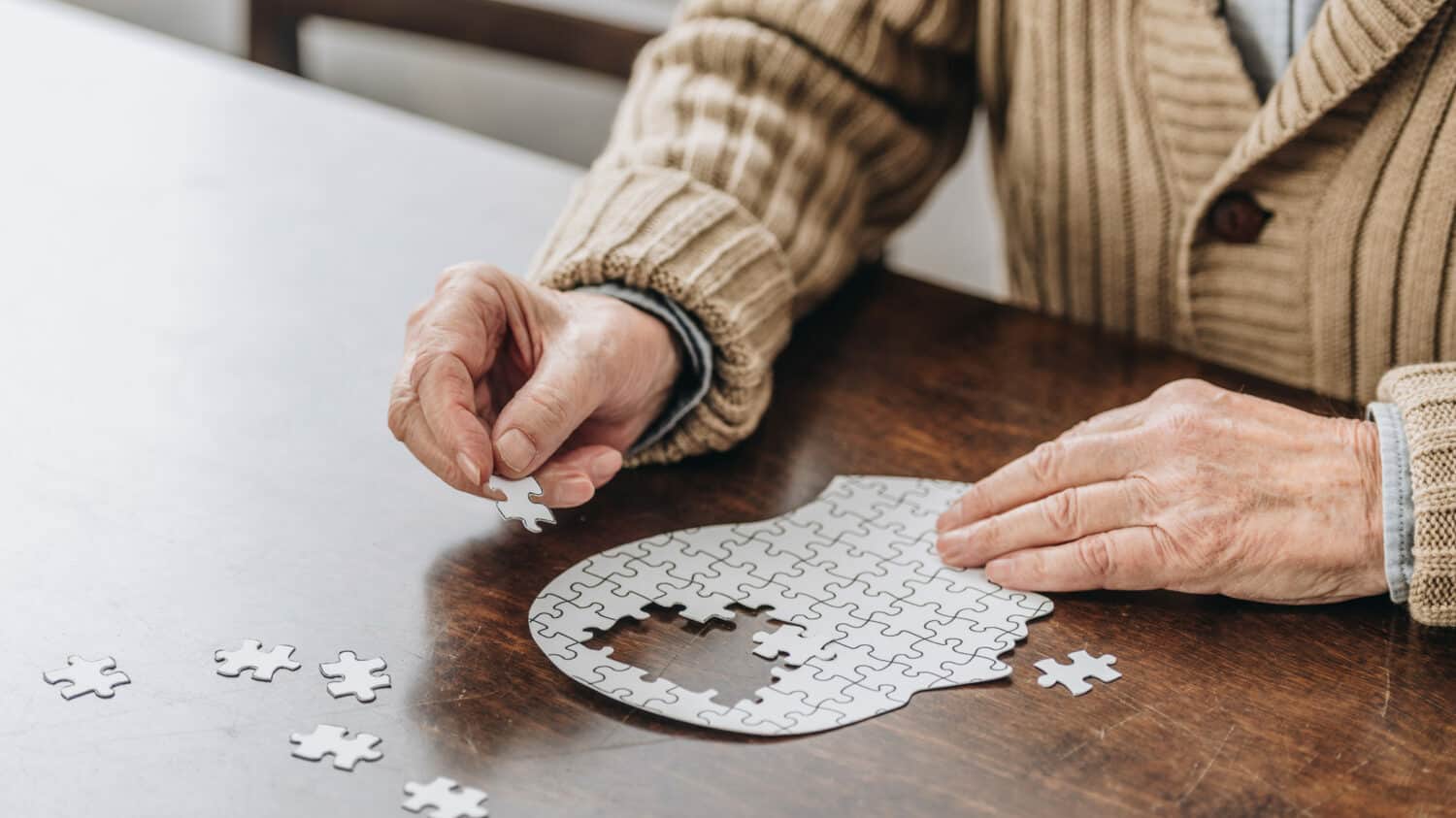 Understanding and Dealing with Alzheimer’s Disease