Marlene Dietrich, known as The Last Goddess by some, was a famous actress and singer from the 1930s through the 1980s. Her films include Morocco, for which she received an Oscar nod, and her personal favorite, The Devil is a Woman.

Her carefully curated look was masterfully crafted and realized by well known directors like Josef von Sternberg and Alfred Hitchcock. Suffice it to say, her gender-bending edgy appeal drew huge audiences and catapulted her into mega stardom.

As a classic great beauty, Marlene knew how to work everything from makeup, to set design, wardrobe, and lighting to highlight her chiseled features. To achieve her look, we will need to explore four areas: her eyebrows, eye makeup, contour and highlight, and those precise bow lips.

Thin, drawn-in brows were huge in the 1930s-40s, and Marlene had them mastered. Because I have thick, barely filled in brows, my demo in the above video is, well, limited. Having said that, for those of you with thin brows, the method used by Dietrich is useful to pull your eye area up and out, allowing for a generous amount of real estate to play with.

If you take a pencil and hold it from the edge of your nose, straight up to your brows, you, technically, should have a straight line. To open up her eye area, though, Dietrich brought her brows slightly further outward, giving her a more open-eyed look. Then she drew that much-copied high-brow arch with the end point a bit higher than the beginning point, further raising her eyes.

Lastly, take that pencil again and place it along your nose and the edge of your outer eye, and you’ll see that she pulled her brows slightly further down than that distinctive line. Any of you can play with this style and use it to your own advantage. You can use an eyebrow pencil (like Jane Iredale Retractable Eyebrow Pencil), and/or eye shadow and a thin brush to obtain this.

Many of the acclaimed female movie stars of the era worked this classic look, including Marilyn Monroe, Greta Garbo, and Audrey Hepburn. To copy them, take a shade slightly lighter than your skin, and place it all over the lid area. (I use Jane Iredale Daytime Eyeshadow Palette.)

Then, using either a liquid or pencil liner, draw a narrower line that is narrower close to the nose and gradually becomes thicker toward the outer edge. (I use MAC Blacktrack gel liner.) In the video, I show how to most easily do this.

After that, take a shade one to two shades darker than your skin and, using a crease brush, place it in the outer crease of your eye, gently blending it toward the center. You can layer this outer shade with versions of light to darker colors for an even more glamorous appearance.

We must never forget that false lashes are ever present with this look! Cutting the lashes in half, Dietrich focused on the outer edge of her eye, further pulling her eye outward. The final trick Dietrich employed, was to use a white eye liner pencil in the lower water line of her eye, adding a bit of brightness to it. I use a creamier shade because I’m going to the store later and don’t want to look insane.

No female film star was without well-defined cheekbones, jawline, and nose. Because the medium was black and white film, they could get away with techniques that simply look ridiculous on our modern 4-K, High-Definition cameras.

In any case, we can manage to use those same strategies to come up with a similar look. Using either cream or powder contour, blend the shade under your cheekbones, being sure to not bring it too far down your face. (I used Graftobian Contour Palette.)

Apply the same product both under your jaw, and around your hairline to add depth. Dietrich added shading on either side of her nose as well, something that I teach in the video, but do at your own risk. There’s nothing worse than looking like you rubbed dirt all along your nose.

Highlight is fantastic. I adore it and use it liberally on people I work with. Using a highlight stick or powder, add highlight to the bridge of your nose, brow bone, and top of your cheekbone. (I used YSL Touche Eclat Highlighter Pen.) You can even add cream highlight under your eyes to reflect light from your dark circles and pop your eyes – a favorite trick of mine.

Dietrich’s renowned bow lips are a mainstay of her film persona. In today’s world, bow lips are not as in style, but a fun accessory if you decide to use it. Take a lip pencil that either matches or comes close to your lipstick color, and draw in the bow at the top of your lips. (I used Lipbar Valentine Lip Pencil.)

Then, carefully draw in the base of the bottom lip so that your lips are symmetrical. Moving to the sides of your mouth, fill in that area going slightly outside your lip line to create a fuller lip look. Then connect the sections as best you can. After that, apply your favorite shade of red lipstick (I used Jane Iredale Megan Lipstick) if you’re sticking to the Dietrich look. Otherwise, use whatever lip shade hits your fancy.

Give your hair some soft waves, put on a glamorous gown, and dance around the house singing your favorite cabaret song. Why around your house? So that people don’t think you’ve gone round the bend and lock you up. That’s how Marlene Dietrich lived, in a space the rest of us would look crazy in. Go big or go home, as they say. Long live Marlene Dietrich.

Is there a glamorous woman that you tried to copy in makeup and style? Are you a fan of Marlene Dietrich? What do you know/remember about her? Do you like her makeup style and do you think it can be used in today’s world? Please share your thoughts and observations!

Suzanne Blons, The Beauty Shaman, has been in the beauty industry for nearly 40 years. A former Revlon Charlie Girl, she is now a professional makeup artist and has worked with such luminaries as Hillary Clinton, Al Gore, and Arianna Huffington. Today, Suzanne shares her beauty secrets on her YouTube channel, The Beauty Shaman. Check out her store, blog, coaching, and beauty courses. 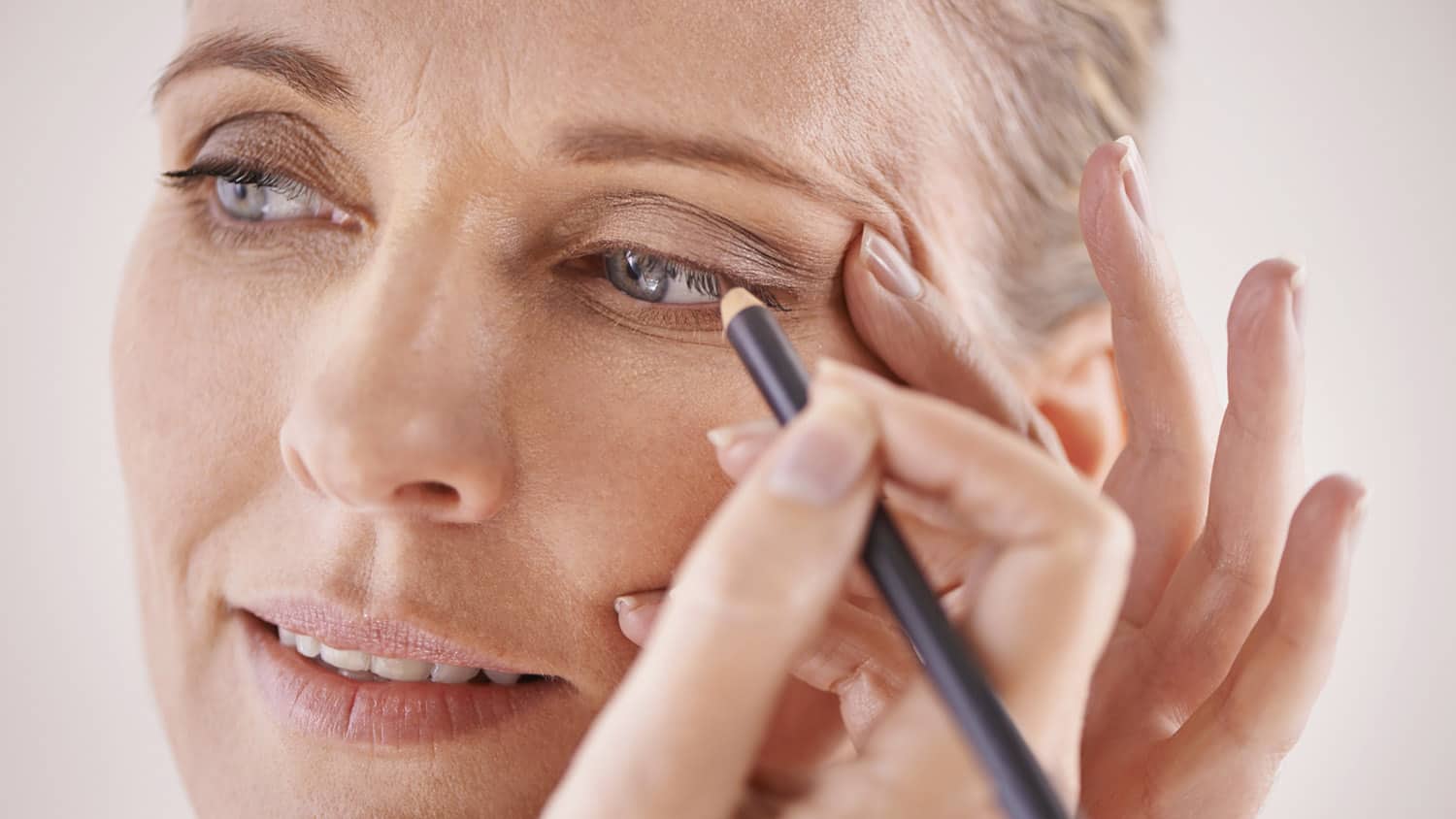 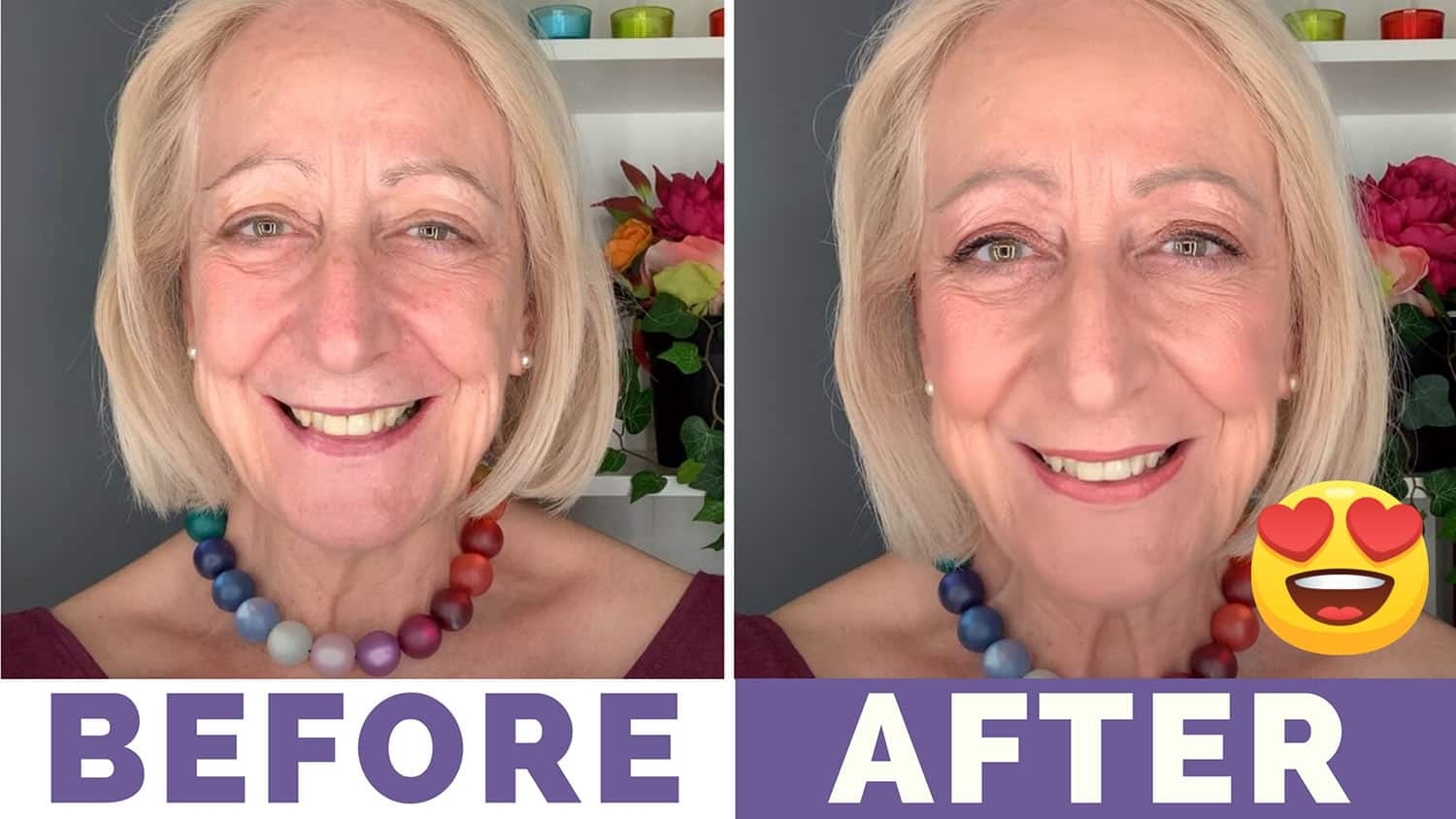 1 year ago
Mornings with Sixty and Me

My “Believe Beauty” Affordable Makeup for Older Women Tutorial Will Cheer You Up!