Makeup can be lots of fun – and it can be affordable too! Tune in to Margaret Manning’s demonstration and see what the low-priced lines can do for you. Enjoy the show!

Hi, everyone. This is Margaret Manning, your host at Sixty and Me. We are a community of fabulous women over 60 who love to look as good on the outside as they feel on the inside, while living life with passion and purpose.

Many of us really love to play with makeup, myself included, which is why I’ve done a few makeup tutorials sharing my own secrets. I’m always on the lookout for interesting products that are affordable. I also try to help women get started with makeup in their 60s if they have put it aside for a little while.

So, here’s the backstory to today’s demonstration. I live in Switzerland, not too far from the German border. Yesterday, I took a trip to Konstanz, a German town just on the other side of the border. It’s so close you could actually walk in.

When I arrived in the train station, the first thing I saw was an amazing shopping center. Since German prices can be a little lower, and there are tax benefits for people coming in from Switzerland, I thought I’d go see what’s on offer.

Of course, I couldn’t help but notice the huge drugstore/grocery store called DM. It’s a very big store chain in Germany and all over Europe. It sells all kinds of household, beauty and natural health products.

I wandered around with the crowds and found some really interesting things. I found a line of makeup called Trend It Up, and also a line of natural skincare products called Alverde. My budget was 20 euros, and I wanted to find some things I could share through a makeover tutorial.

I ended up buying seven products for about 19 euros, which amounts to a little over $20. I had tried the testers in the store, but when I got home and tried them again, I was really quite surprised. So, today’s tutorial is about Trend It Up and what you can do with it.

Also, I wanted to remind you that wherever you live in the world, there are drug stores, grocery stores, etc. that sell their own makeup lines. Don’t be afraid to try new products. Have fun experimenting with budget lines, and you might find some jewels worthy of keeping.

Of course, there are certain products you want to invest in as well. For me, I invest in a lipstick and a kind of foundation that I really adore, which is why I didn’t buy a foundation from Trend it Up. Also, they didn’t have a color that was close enough to my skin tone, though they did have a good range. Their foundation was around 3-4 EUR, which is not expensive.

As usual, I have already applied my facial oil, which is something I do all the time. Today, I used one by a UK company called Nourish London, and the oil is called Nourish Face Oil. It’s a really nice one, and I like that they carry a lot of essential oil products.

So, I put that on first and let it set in a little. It provides a base for the foundation, so let’s do that next. I’m using another drugstore brand, Max Factor’s Ageless Elixir. It’s a serum and a foundation in one. It goes on quite lightly and doesn’t get cakey, which is important for older women to keep in mind.

Also, we need to be thoughtful of our skin and not use too much or too thick foundation. If we do, it tends to run in those lines and wrinkles that we all love. This one is called Natural, and it’s their number 50.

I’ve used this foundation for a while now, and I think it goes on really beautifully. It’s not too thick, but you can build it up a little if you want to. I apply it all over my face, even on my eyelids. Then, I also like to double up on places where I don’t have any wrinkles, like my cheeks, so I can smooth out the skin without catching in the lines.

Now it’s time for the Trend It Up products.

First, I’m going to use their blush to brighten up my face a little. They carry some lovely colors that I really liked, and I chose a very light peach pink because I thought I’d do a purply theme today. It’s got very good pigment, so don’t go too crazy with the brush.

Using a small brush, I start at the apple of my cheek as I smile then bring it up to the side of my face. It’s very light and doesn’t grab the pigment so much that it looks artificial. I was really impressed with this color.

I thought it was very pretty and reminded me of some MAC products that I’d looked at in the past. So, you can get a lot of these dupe products in the drugstores. I think this looks very nice with just a light sense of the blush.

Moving on to the eyes, let me say they had a lot of eye products, including contouring products. What I found though is this Expert Eye Base, which I bought because it serves two purposes for me. It’s an eye base for the eye shadow that I’m going to put on, and also, I thought it had a nice color.

It’s got a little bit of a tint so that I wouldn’t have to put any cream on. I’m only using a small amount and you can already see it’s got a color, as well as the base it gives you. It’s really quite nice. I’m going to put this on instead of using a heavy-duty powder.

I should probably mention that I chose only products that are cream-based because I think that’s the better option for older eyes and skin. So, that’s my eye base. I’m tempted to put some underneath my eyes as well because it’s that kind of consistency and has a nice tone.

The product I bought to serve as an eye shadow was really interesting. With drugstore products, I’ve noticed that they sometimes have an unusual approach to makeup products, and I was really surprised with this one. It’s got two ends, and it’s called Ultra Smokey Eye Shadow Pen.

One end holds an eye shadow pen, which is like a crayon, and the other end contains a blender. I tried this in the store and I liked it. This eye pen goes on very easy as it’s got a cream base. It’s not super pigmented but I actually liked that.

I put it as high as the crease of the eye, spending some time to just work it in that area. You can see the color is building up really nicely. Now I’m going to use this beautiful smudger at the end, which is quite thick, actually. Gently rub it in on the crease and around it to blend it up.

It really does a nice job, and I’m going to be using it with other eye shadows as well. I’m assuming you can also use this pen under the eye for a proper smoky eye, but I’m just going to leave it really simple for me. That’s the purply eye which I thought was nice.

This one is an eyebrow gel that I’m going to put on my beautiful non-existent eyebrows to give them some shape. It’s got a teeny brush with gel that catches the eyebrows, and you just have to brush them up then go across.

I try not to go too crazy with my eyebrows. They’re thinning for many of us as we get older, but I think this little brush works. It gives them a bit of depth and texture.

So, that’s what I chose for my eyes. I thought that the Trend It Up products were just lovely for this purpose. I left the cream stay on for a few hours and it was perfect. That’s what I got for the blush and the eyes.

Now I’ll follow with the lips, and they are always a struggle for me. I bought their lip liner which is called Contour and Glide Lip Liner. It’s got a little sharpener at the end too. This is a roll-up pen, and I don’t normally buy those because they dry quite easily, but this one was actually moist.

I put the lip liner on, and you can see it has an unusual amount of tone for a lip liner. So, you can do some pretty cool things with a very inexpensive lip liner like this Trend It Up one. It doesn’t have to be exaggerated either – just use it to highlight the lips and give them some color.

Surprisingly, I bought one of their lipsticks, as well. That was an interesting process, choosing among the myriad of corals and burgundies, but I did find a nice pink that’s called High Shine Lipstick. It’s number 230 in their range.

I bought this one because it really looked great when I tried it on. It’s a little lighter than I normally wear but I like it a lot. Actually, all their products just feel nice on my skin.

Last, here comes mascara. They had different kinds of mascara, and also carry blue and purple ones which I thought was really cool. I got the black they call No.1. I looked at all the ingredients, and found most of them are vegan, no animal cruelty. But you need to check online if you’re really sensitive about that.

This is a very low-priced mascara, but it really gives depth to my eyelashes. Immediately, with the first stroke, you can see the color, and the brush is not clogging either. It’s not the kind of smaller brush that I would normally use, but this turned out to be a nice line for mascara for me. I actually contemplate going back and getting more of it because I really liked it.

So, there you go. This is my look for under 20 euros with Trend It Up products from the DM drugstore in Germany. I’m really happy with it, and hope this has been inspirational and interesting for you. 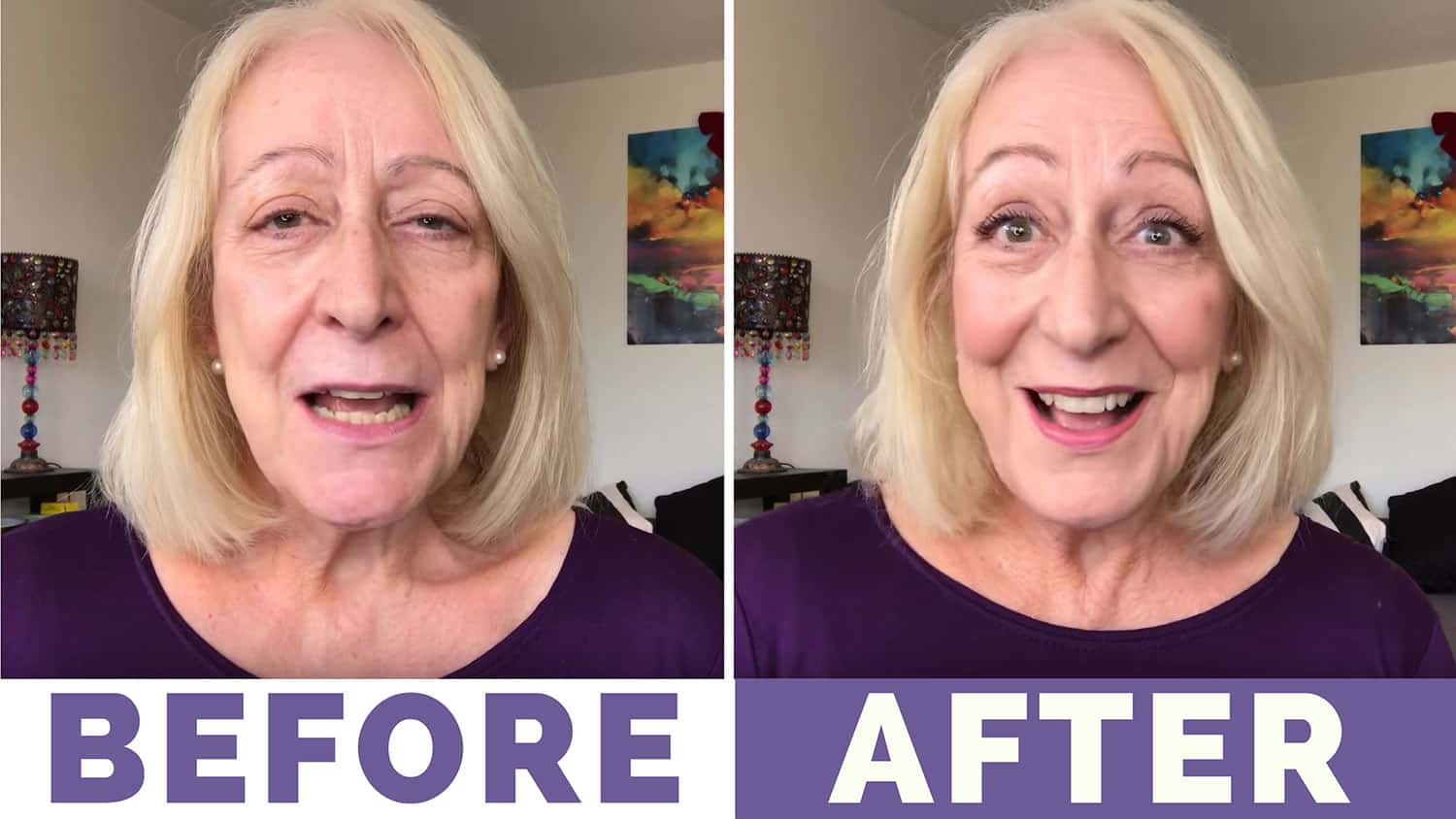 I also hope it brings your awareness to the low-price, affordable makeup products that are pretty cool and a lot of fun to work with. Enjoy your day and have fun with makeup that makes you feel precious.

Which low-price makeup lines have you tried and found to be really good? Do you look at the ingredients in the makeup you buy? What’s important to you when you shop for makeup and beauty products? Please share in the comments below. 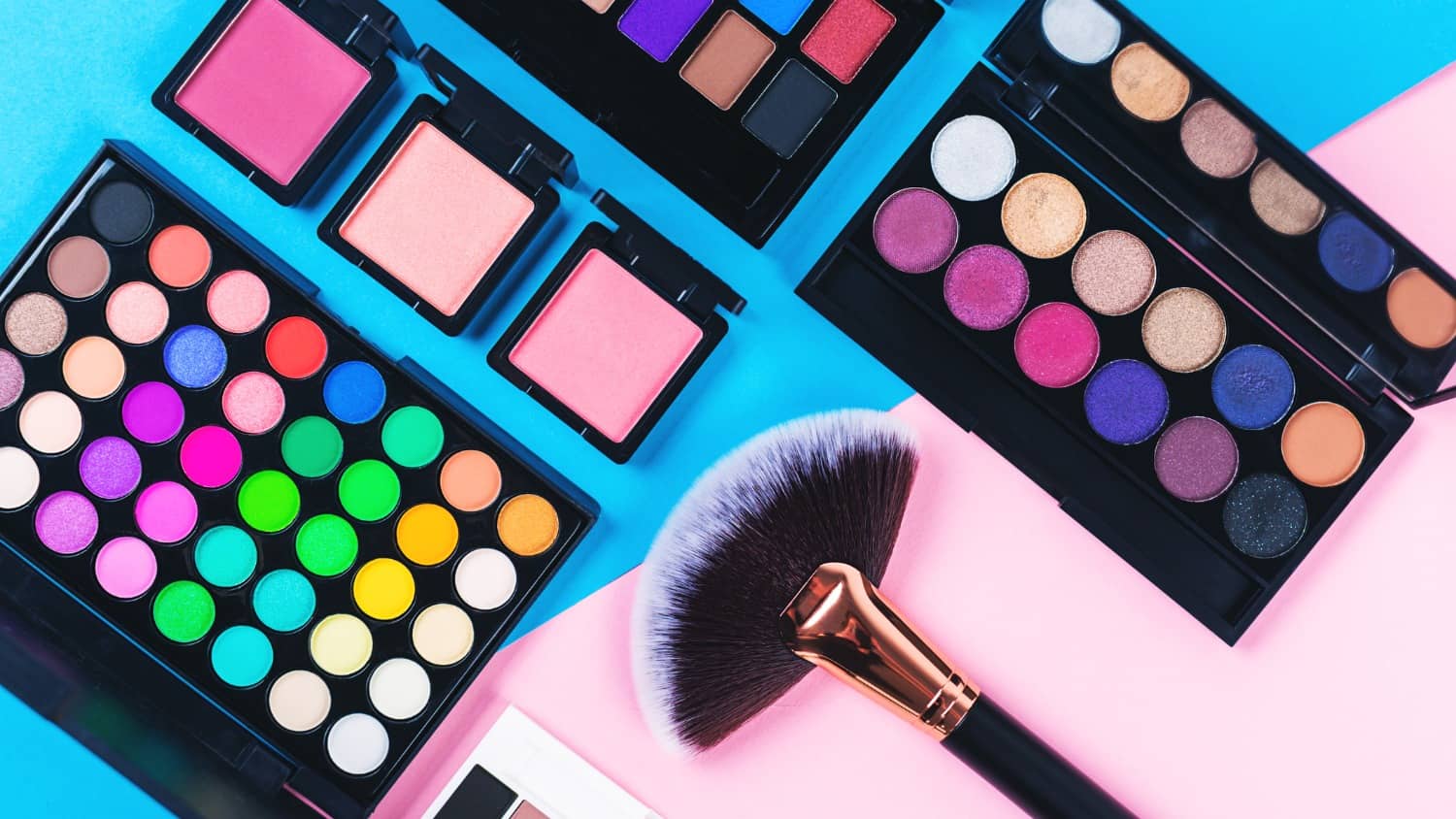 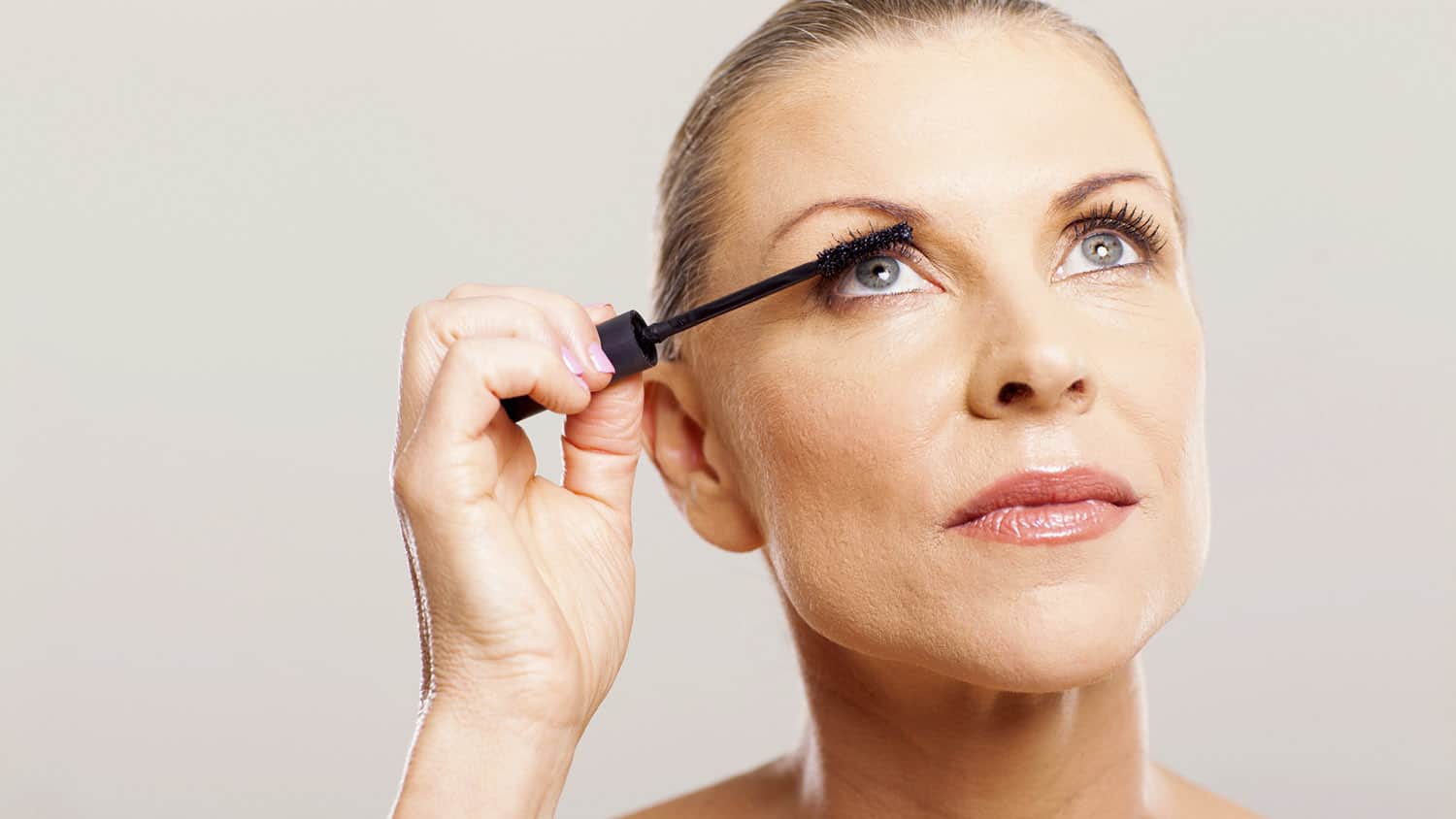 You Won’t Believe the Difference These 3 Eye Makeup Tips Make!