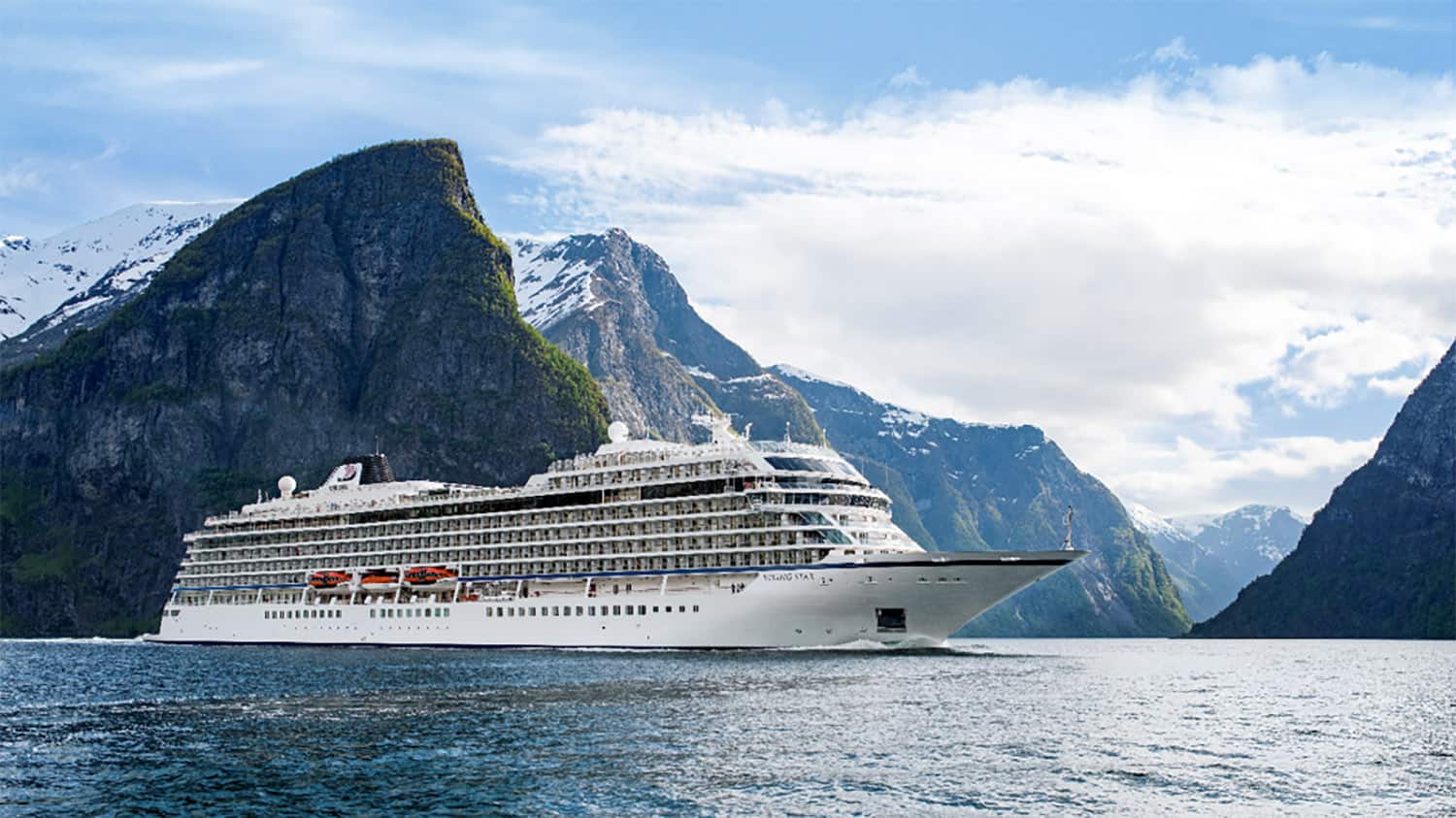 My Viking Star Review: Exploration and Luxury Meet on the North Sea

Dark clouds hung over the North Sea. As heavy waves crashed against the hull of her ship, the explorer huddled under a blanket, watching the cold rain fall in sheets outside her window. Lighting flashed and the adventurer thought of all of the people who had come to this remote part of the Earth before her. Many of them had never returned. Thunder rolled over the ship and her heart skipped a beat. It was going to be a long night.

“Would you like another cup of hot chocolate?” The question seemed oddly out of place. The woman blinked, suddenly realizing that she was not on a wooden Viking longship in the 900s. She was on the brand new Viking Star, the latest ocean cruise ship by Viking Cruises and, far from roughing it on the open seas, she had every luxury at her fingertips.

I had many of these moments on my first trip on the Viking Star. On the one hand, you feel like an explorer when you are in the North Sea. The weather is unforgiving, but, inside the ship, so sturdy and hardened against the elements, you are surrounded by comfort, elegance and style.

I honestly wish that I could have taken you all with me on this trip. Who knows, maybe we’ll organize a Sixty and Me cruise in the future!

In the meantime, I wanted to share some of my thoughts with you regarding this remarkable ship and her amazing crew. First, let’s take a quick tour of the ship. Then, I’ll share a few things that I loved (and a very few that I didn’t) about this experience.

The Viking Star is special. In fact, on a scale of 1-10, I would give it a 9. It is, without a doubt, one of the most luxurious ships on the planet. It offers the perfect combination of elegance and adventure that modern travelers of our generation are looking for.

Here are 7 things that Viking absolutely nailed when they designed this very special ship.

The Crew Were Amazing

I was skeptical that Viking would be able to replicate the warm feeling that they created on their river boats on a ship as large as the Viking Star. I was wrong!

Like the staff that I encountered on my river cruise, the crew on the Viking Star were attentive, funny, professional and relaxed. It’s a difficult combination of attributes to pull off on a cruise ship, but, Viking nailed it. 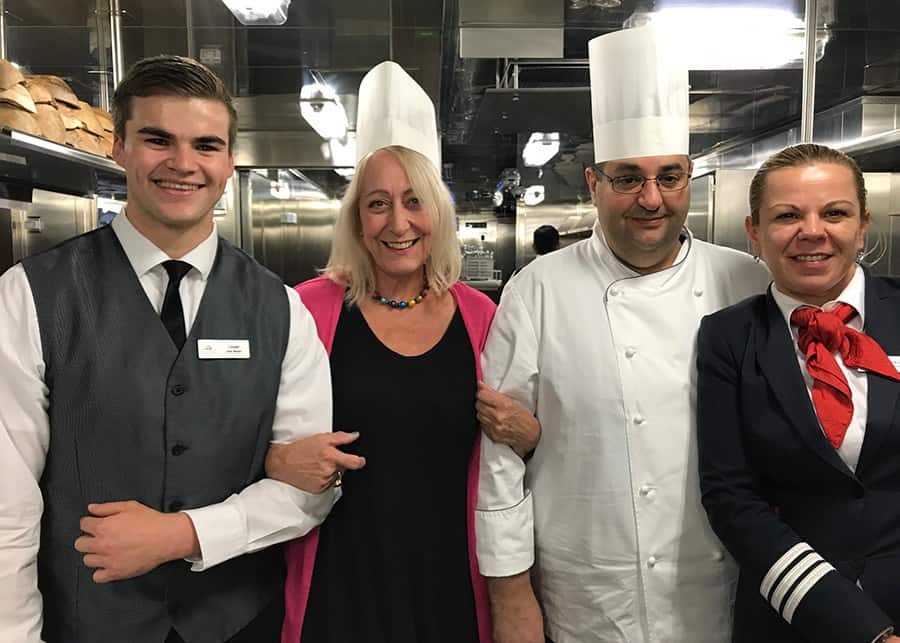 If anything, my experience with the crew on the Viking Star was better than it was on my river cruise. Perhaps the crew on the Viking Star was simply happy to be on such a wonderful ship. Or, maybe the amenities on board gave them more options to present to the passengers. Whatever the reason, it was an absolute pleasure to get to know all of them.

Here’s an interview that I did with the captain in which he gives some advice for first-time cruises. I think you’ll see immediately what makes the crew on the Viking Star so special.

The Ship Has So Many Secret Places

If you’ve ever taken a cruise on one of the larger cruise ships out there, you probably remember fighting for chairs by the pool or standing in long lines at the buffet.

Life on the Viking Star is different. With one of the highest crew to passenger ratios in the industry, the Viking Star is designed to give you instant access to whatever your heart desires. And, with so few passengers on board, there is plenty of room to stretch your legs.

My favorite place on the ship was the Winter Garden, a bright and airy location with plenty of room to chat or simply enjoy a cup of tea. I also found myself losing track of time in the Explorer Lounge on the 8th deck. This room featured some of the best views on the ship and was stocked with fascinating books to inspire and entertain. 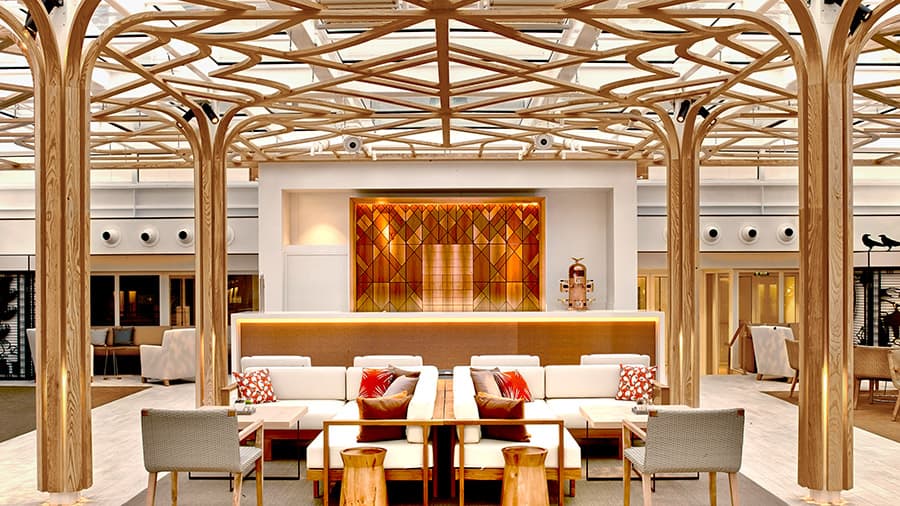 The Staterooms Are Simple and Sophisticated

Like everything else on the Viking Star, our stateroom was elegant and refined. The furnishings were great, but, it was the little details that made me feel at home. For example, the bathrooms had heated floors!

Probably the most impressive feature of the staterooms on the Viking Star is that they all have balconies. This means that, no matter how much you are paying, you can enjoy the most spectacular views the North Sea has to offer, all from the comfort of your own room.

I’m not a big TV watcher, but, I have to admit that my roommate and I decided to have a James Bond blitz one evening. We had so much fun! 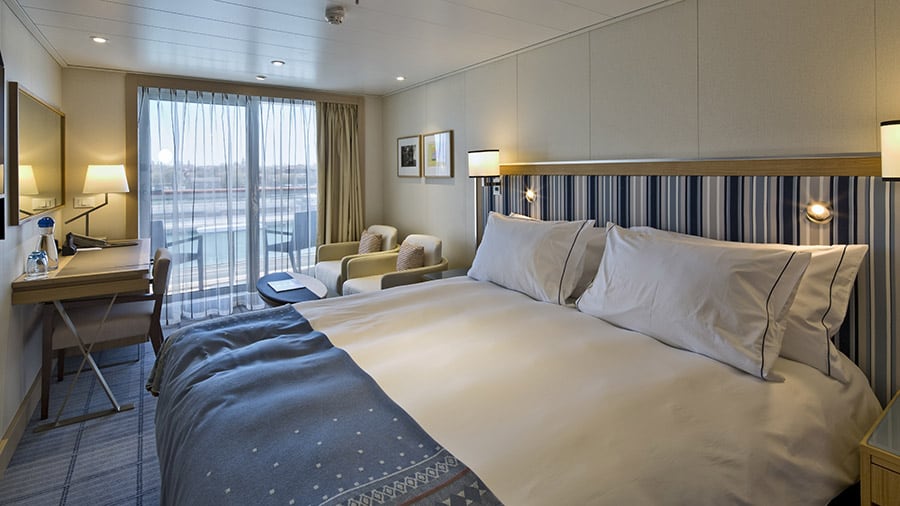 The Food Was Out of this World!

I loved the food on the Viking Star. In fact, now that I am back on dry land, I can see that it is possible that I enjoyed it a little too much! Pilates class – here I come!

The food was served pretty much non-stop. In addition to traditional dishes, the ship offered food for almost every diet from vegan to gluten free. 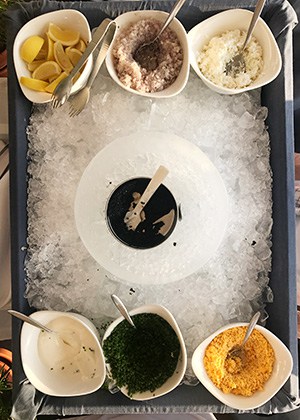 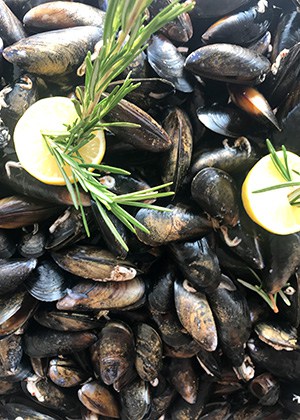 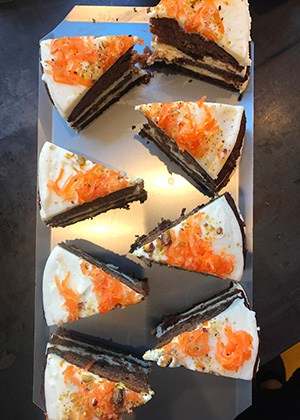 The Viking Star features several specialty restaurants, my favorite of which was the Chef’s Table. Each of the 5 courses that we ate were paired with a fabulous wine. It was absolutely amazing! 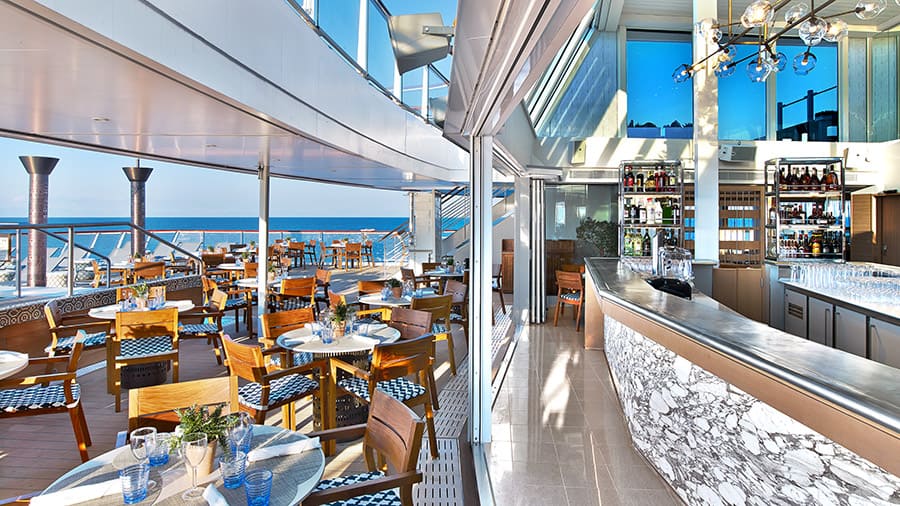 The Fitness Center Features One of the Best Views at Sea

I’m ashamed to say that the one area of the ship that I didn’t spend much time in was the gym. It’s a shame because the gym featured one of the best views in the ship.

On my next Viking Star adventure, I fully intend to take advantage of the state of the art treadmills, free weights and yoga area. They make staying in shape easy!

The Port Calls and Lectures Enhanced the Sense of Adventure

The history of the Vikings is fascinating and, perhaps because we were traveling through the North Sea, I was especially fascinated by the stories I heard along the way. The lecturers were true experts, the topics were well selected and the port calls were adventurous.

In line with Viking’s philosophy of all-inclusive travel, each of the ports that we visited featured a free excursion. They were so interesting that I didn’t miss a single one!

So, there you have it – 6 things that I absolutely loved about my trip on the Viking Star. Next, I’ll offer a few areas for improvement, but, just to be clear, these pale in comparison to the positives that this amazing ship presents!

A Little Modern Entertainment Would Have Been Nice

The Viking Star is a classical, elegant ship. So, it’s probably no surprise that the entertainment matched this theme. The classical music was fitting, but, there were quite a few of us who found ourselves longing for something a bit more up-tempo.

My advice for Viking would be to consider tailoring to the bohemian, eclectic and funky aspects of our personalities. It’s ok to take some risks once in a while!

More Could Be Done for Solo Travelers

No-one likes to talk about it, but, the older we get, the more likely it is that we find ourselves living alone. This is especially true for women, who, statistically, will outlive their husbands.

As a result, I would encourage Viking Cruises to do more to cater to the needs of single female travelers. Most importantly, they could offer a match-making service or even go so far as to have smaller single rooms on their future ships.

These are honestly the only aspects of the cruise that I thought could be improved. As I mentioned before, these opportunities are small when compared to the amazing experiences that the Viking Star provides.

If you are looking for an ocean cruise that combines adventure with elegance, I strongly encourage you to consider the Viking Star. You deserve it!

For the friendliest crew at sea, amazing food and an intimate experience with plenty of room to relax, I rate the Viking Star a 9 out of 10!

Would you like to take a cruise on the Viking Star? What is the best cruise that you have ever taken? Please join the conversation! 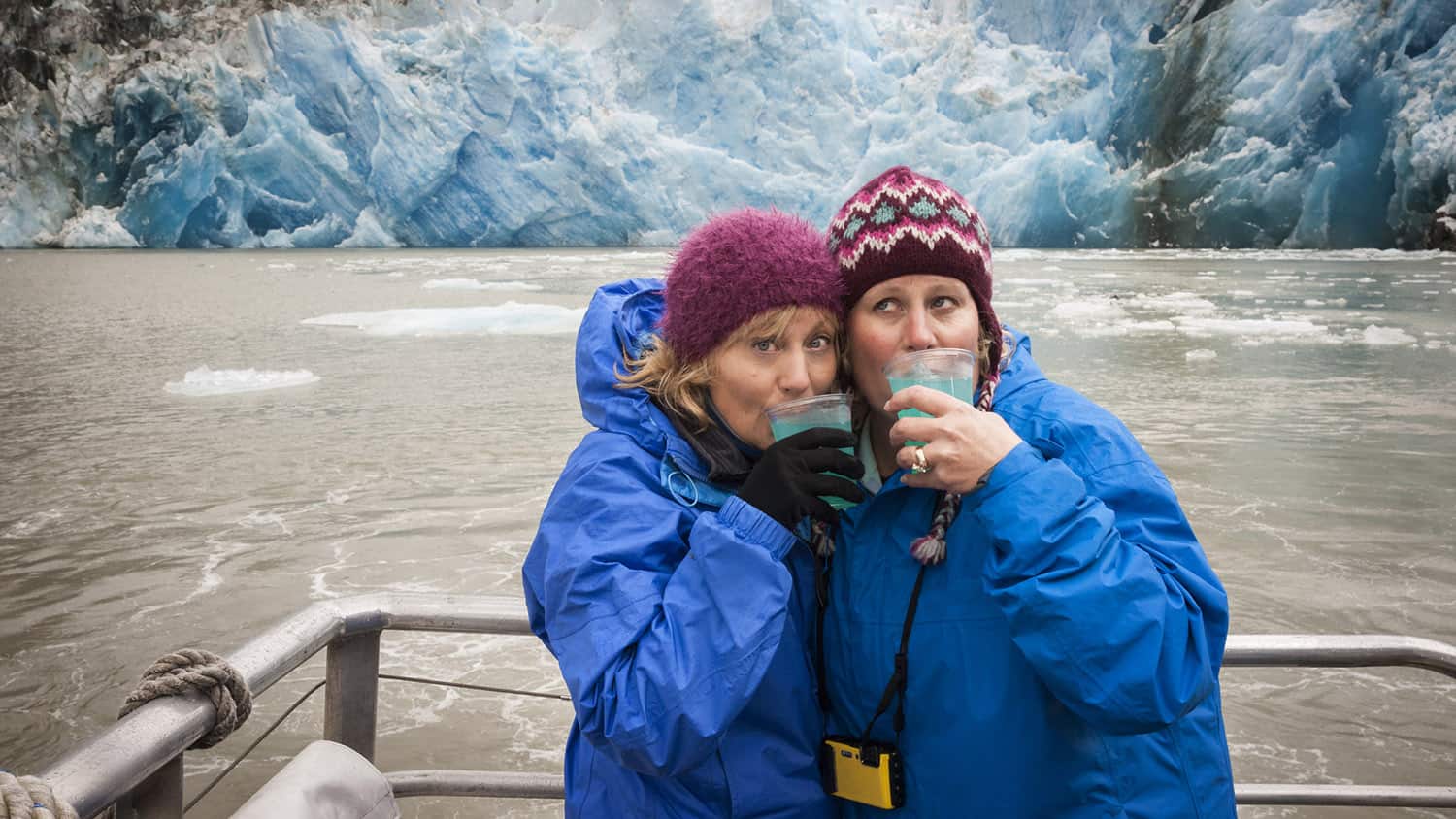 How I Lost Weight on My Cruise 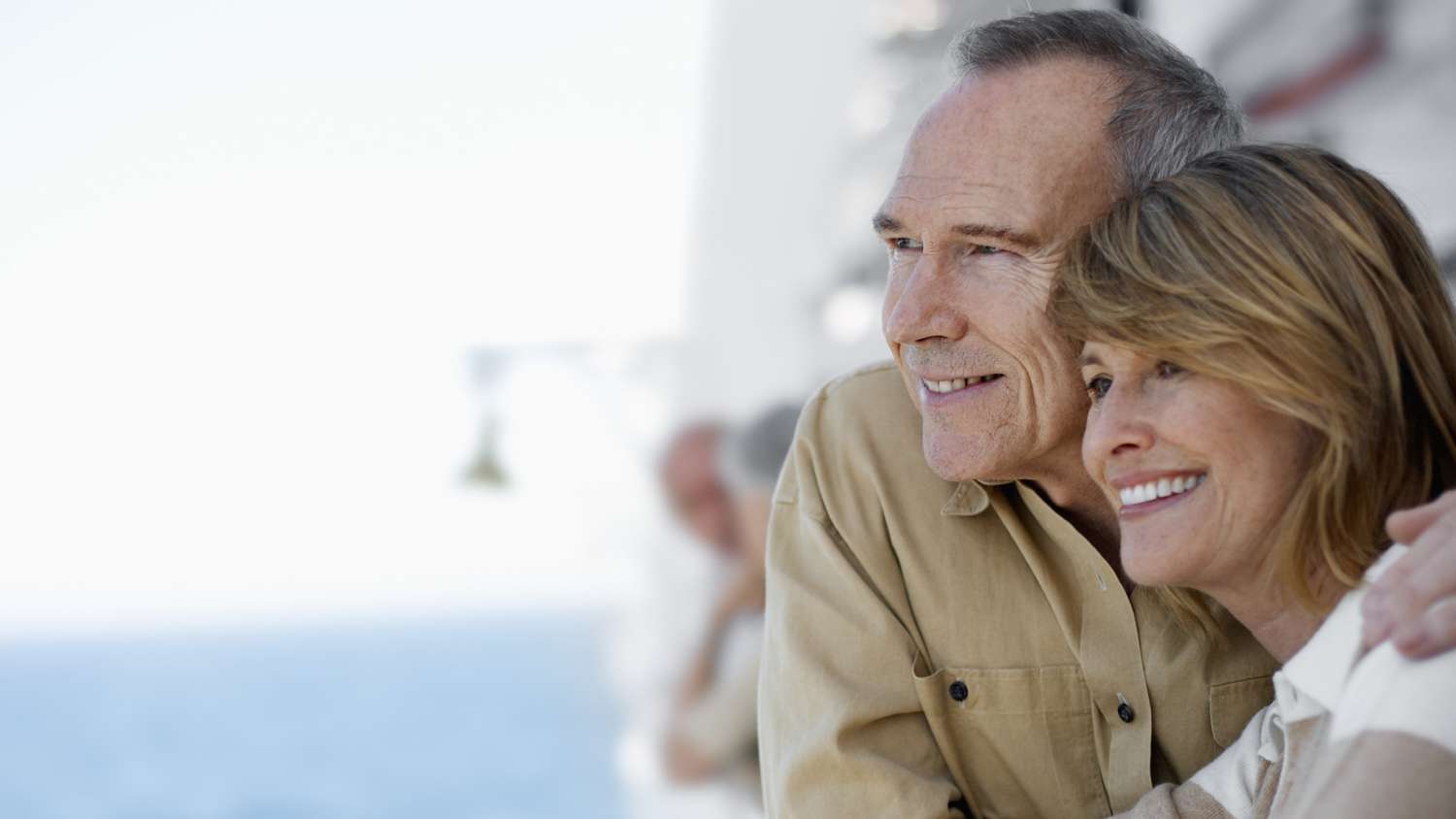