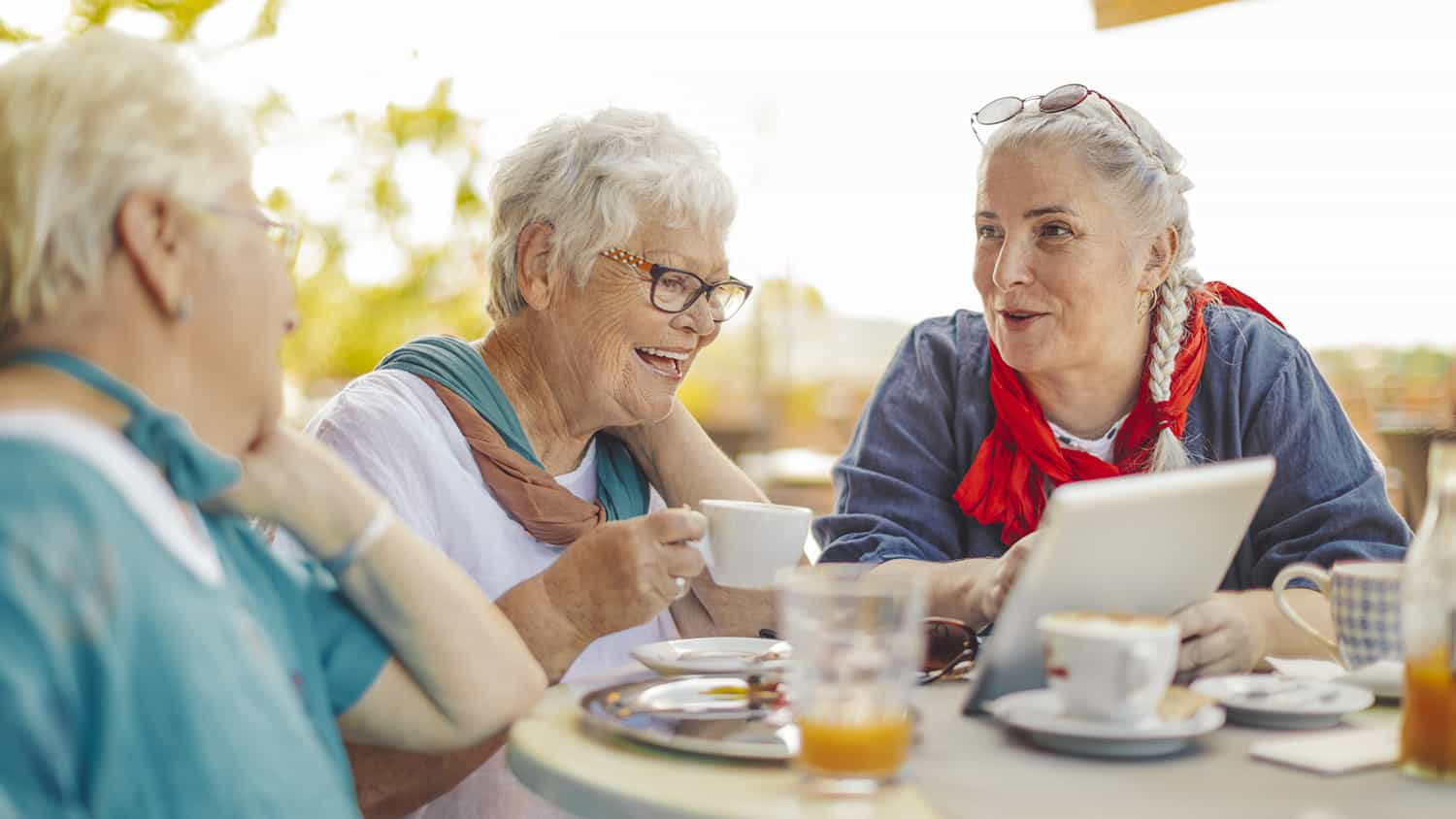 Reinventing How Women Over 60 Live in Retirement

We urgently need to reinvent how women live in retirement. Here’s how we might do it.

There’s a lifestyle shift in progress as single women are searching for new ways to live in community as they navigate their 60s and beyond.

Women are looking for alternatives that reach beyond traditional retirement communities to create a greater sense of connectedness.

New – and some not so new – concepts are getting more attention, such as co-housing and home sharing, where friends, family or like-minded women become roommates – as popularized by the Golden Girls TV show and, more recently, on the hit Netflix show Grace and Frankie.

Baby Boomers, and particularly women, are reinventing the way that we live in retirement – and we’re doing it pretty much single-handedly. It’s a shift in the way that we envision our futures: living independently, together.

60 and Single? You’re Not Alone

According to the National Center for Family and Marriage Research, nearly one-third of Baby Boomers enter retirement without a spouse. Single Boomers are overwhelmingly women and their numbers are increasing each year.

Some have been on their own for years and others became single more recently. Like most Boomers, many had fewer children than previous generations and quite a few never had any.

“There’s a huge market of middle-aged women who are by themselves when they were not expecting to be by themselves,” according to Golden Girls Network founder Bonnie Moore. Moore runs an online roommate matching service that is unrelated to the television show.

“There’s a loneliness factor and there’s a financial factor,” she noted.

In retirement, single women can find themselves without the regular social interaction that their careers provided. Living alone is expensive and often beyond the reach of solo retirees. Many, however, are hesitant to move from the home or neighbourhood that they know.

An AARP report found that 71 percent of adults ages 50 to 64 want to stay in their current community as they age. That percentage increases to 87 percent for adults who are 65 and older.

We’re All Searching for Community

In the past, retirement often meant staying in your home for as long as you could manage on your own, downsizing to a condo or town home, moving to a retirement community or independent living facility, or moving in with adult children or other family.

Those scenarios don’t always provide the independence, the day-to-day social interaction and support, or the bonding experience that living with or near other women can offer.

Living in community can stretch a fixed retirement income further, provide opportunities for connection and friendship, allow women to continue living independently – and help others do the same – and provide a supportive network that benefits all participants.

It is cheaper to live with other people. You share housing costs, utilities and often food. Other benefits include having someone around in the event of an accident or injury, sharing responsibility for household chores, increased social interaction and gaining companionship (at minimum) or friendship (at best).

Options for living in a community include co-housing, where a group of people join forces to plan, build and live in a small community.

Members have their own homes or apartments but share and help maintain common areas and facilities like gardens, gathering spaces and kitchens. Co-housing is typically multi-generational, mixing young families with retirees.

Co-housing, originally a Danish concept, is gaining traction in the U.S too. The Cohousing Association provides a directory of existing and forming communities across the country.

The Comforts of Home… Sharing

As housing prices and rents both continue to climb, getting (or being) a roommate becomes more attractive. Housing represents the largest monthly expense in most budgets. Downsizing is one option. Opening your home to roommates – known as home sharing – is another.

Home sharing is a living arrangement between two or more people. It can be a homeowner with one or more spare bedrooms, or two (or more) individuals who rent or buy a property jointly, with the intention of living together as roommates.

Women 65 and older are increasingly choosing to live in non-family households, according to the American Community Survey. Many of these living arrangements include more than one female roommate (the Golden Girls concept).

For homeowners, having housemates can provide help with the mortgage and other expenses, as well as chores that would otherwise have to be done or paid for such as yard work, maintenance or shopping. A written contract is essential so that all parties clearly understand what is expected or allowed.

Home sharing works for women on both sides of the equation: women with space to spare and limited incomes get help with expenses, and women who rent get to enjoy living in a larger home or a better location at a fraction of the normal cost.

Everyone benefits by gaining a greater sense of community and the sense of security that comes from being surrounded by a built-in support system.

There are organizations in the U.S. and Canada which match potential roommates and provide guidance to landlords and tenants. Potential housemates should undergo background and credit checks before any leases or other agreements are signed – and yes, even if they know each other personally.

Despite your best efforts, there will likely be challenges. Know what your deal breakers are, such as smoking, excessive drinking, pets or overnight guests.

Housemate agreements can address issues like these and set ‘standards’ for community living, including how to clean, care and organize common rooms, food shopping and sharing, visiting hours and more. There should also be rules for deposits, payments and exiting the living arrangement.

In my book, Retiring Solo, I write about home sharing and other alternative ways for women to live together, in community, during retirement. It’s a lifestyle that I personally aspire to, and which I am actively researching. I’d love to hear your thoughts on the subject.

Does the idea of sharing a home with other women appeal to you? How much personal space would you need? What spaces would you be willing to share? Do you know other women who are interested in living in community? Have you chatted with them about how to make it happen? Please share what you know about co-living.

Lori Martinek is a successful entrepreneur, author and mentor to new and aspiring business owners. She is the owner of Encore Business Advisors http://www.encorebusinessadvisors.com, and the founder of @MindingHerBiz, a pro bono project which helps women embrace business ownership. Her latest book, Retiring Solo (2016) is available on Amazon. 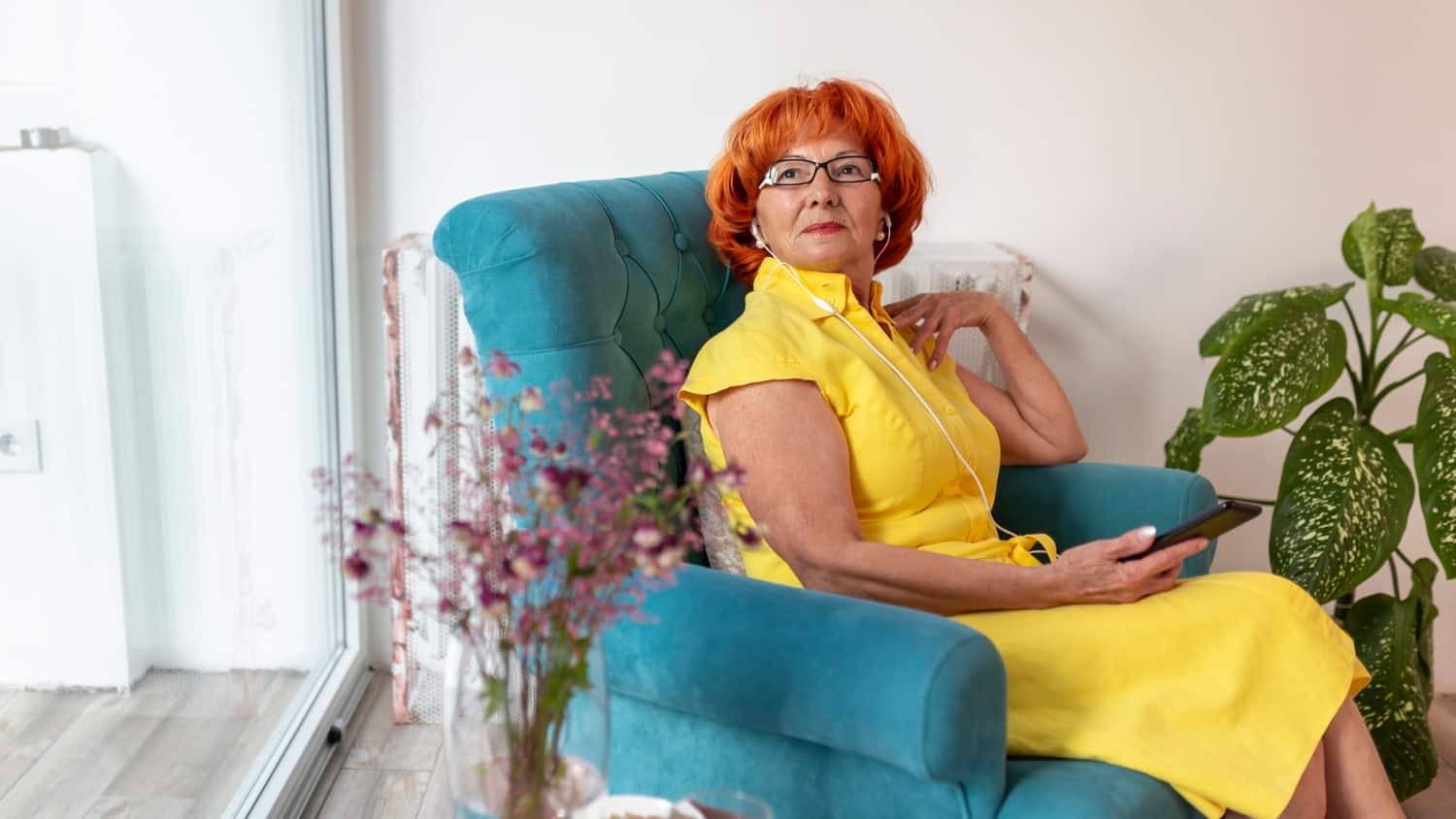 Buy, Sell, or Hold When the World Is in a Crisis? 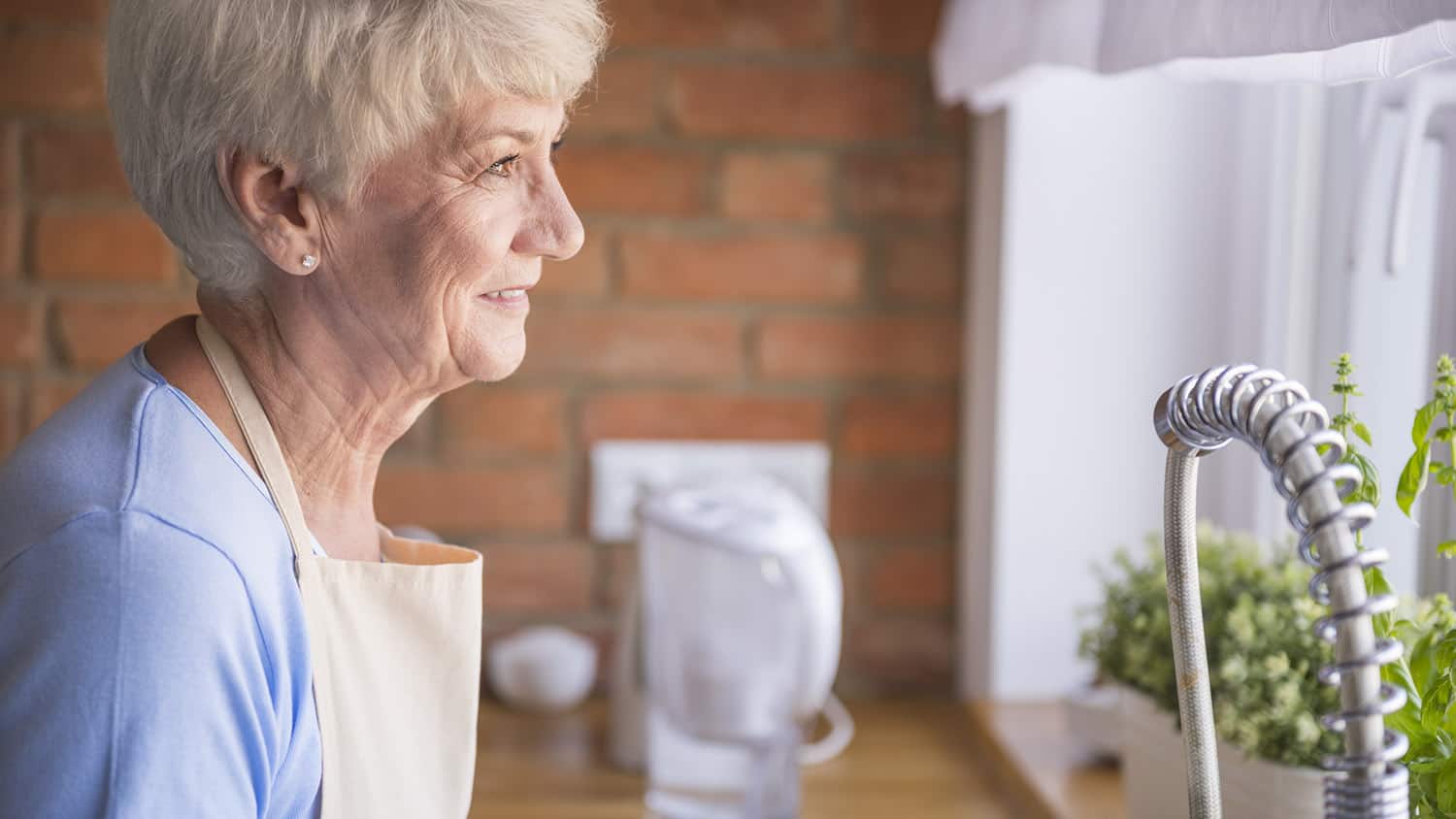 Is Buying a Home After 55 a Good Idea?