Dating After 60: A Love Psychologist’s Guide

I’ve met a lot of discouraged mid-life ladies, women who worry that, when it comes to dating after 60, all men want is someone young and hot. And yes, most men would like to find a younger woman; and they put a premium on aspects of beauty that are tough to maintain as we age. I could tell you they don’t, but I’d be lying, undercutting my own credibility, and going against data collected all over the world.

Yet you can successfully compete with younger women. Here’s how, in five scientifically proven steps:

If You Are Dating After 60, Remember that Character Counts!

We’ve all met him/her: The Gorgeous One who appears anything but as soon as the mouth opens, revealing an appalling poverty of soul. Turns out, men and women everywhere seek certain core characteristics in a partner: lovingness, kindness, intelligence approximately equal to theirs, and fidelity. Nowhere are hateful, stupid, cheating mates in general demand. So there has to be substance to back up your style.

One element of that style should be sexual restraint until a real emotional attachment has formed on his side—unless all you’re seeking is a fling. Waiting to have sex activates the she’s-high-status/not-a-cheater male mating psych, and gets his dopamine rising, helping him fall in love with you if he’s so inclined; men can’t fall in love without dopamine, so making him wait is a very good thing. But having sex too soon has many men repeating Groucho Marx’s line: “I wouldn’t join any club that would have someone like me for a member.”

Therefore, be your (best) self, with appropriate boundaries—and proceed confidently to step two.

Although Who You *Are* Keeps the Man, How You *Look* Gets His Initial Attention

Which means the most direct route to securing the approach is – of course – to continue looking attractive, to the most reasonable extent you can.

Don’t starve yourself, though. Most American men prefer an average-weight woman, not a human stick insect, as women incorrectly conclude. Also, weight plumps the face, making you look younger. Research on identical twins shows that the heavier twin is usually judged as considerably younger – 7 years, in some cases – once middle age is reached (before midlife, the reverse is true).

Whatever you do, *never* show an outdated or misleading photo of yourself, or lie about your age (please refer to “Character Counts,” above). Men will not, as women often assume, feel drawn in by your charm despite the false physical advertising. Instead, they’ll feel angry once they see the real you – much as you might feel if a prospective date hinted that he was a financially stable professor, but turned out to be unemployed and in debt.

Become Familiar and Be Friendly

We all want to think that beauty is in the eye of the beholder, but that part comes only after a man begins to really know you. So…let him get to know you. The mere exposure effect demonstrates that familiarity breeds contentment, not contempt. And men regularly fall for mere mortals they’ve gotten to know in social organizations.

Strategy? Pick some testosterone-laden places you’d like to go; go often (without a posse); and use the science-proven most successful female pick-up strategy: Smile an eye-crinkling smile while making eye contact. 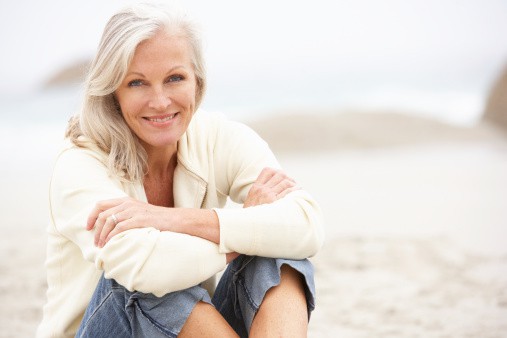 Be the Younger Woman

Science has found a pain-free way to lose years fast: Date men whose age exceeds yours by a decade or more, because once in their 50’s, men reliably prefer this age gap or greater. And please don’t automatically reject men because of their age while expecting them to ignore yours…

Lower Your Standards for Your Prospective Mate’s Success

Money, education, property ownership, an Oscar… none of this matters if you’re done raising babies and have satisfied your own survival needs. Crying foul at men’s preference for youth and beauty while pursuing your own genetically driven plan to nab a man with resources is not only unfair, it’s almost guaranteed to keep you alone once you’re mid-life.

Only a quarter of men are remarrying after their wife’s death—typically, the wealthier men who can command a younger audience. A sizeable portion of the other 75% might wed, too, if financially secure women their own age would relax their standards for material goods. 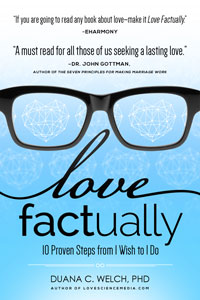 Without exception, every woman I know who married at or after mid-life implemented some version of this plan. Yes, dating is a slightly different ball game than it was in your 30s. But with science to guide you, you’re on the track to finding what—and who—you want.

Duana C. Welch, Ph.D. is the author of Love Factually: 10 Proven Steps from I Wish to I Do. You can get a free chapter and read more at http://www.lovefactually.co.

What are your thoughts on this? Do you agree with Dr. Duana Welch’s advice on dating after 60? Why or why not? What is one question that you would like to ask her about dating after 60? Please join the conversation below and “like” and share this article to keep the discussion going. 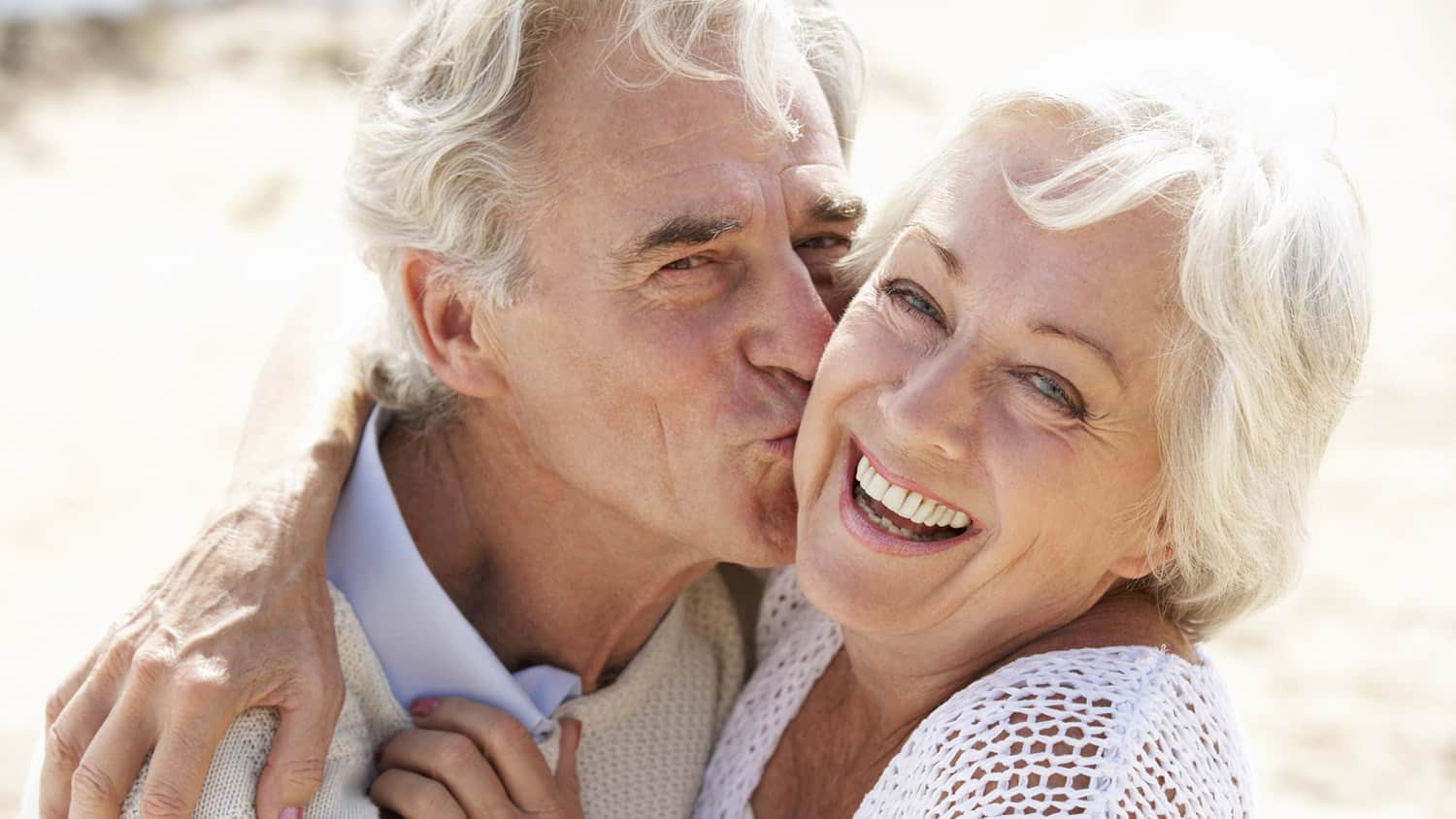 Dating Over 60: To Live Together or Not Together, That is the Question 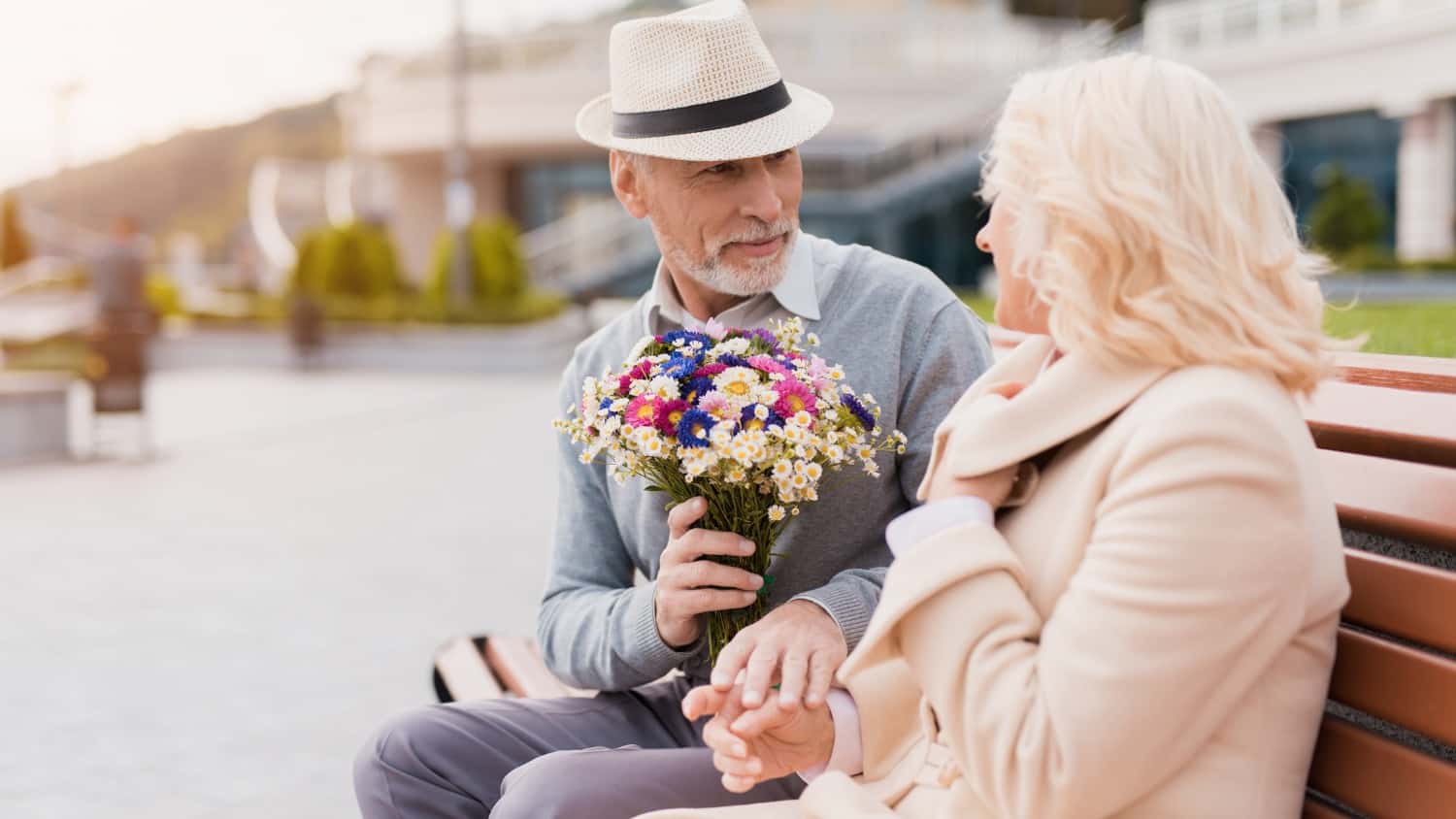 Can You Keep Old Relationships from Ruining New Ones?